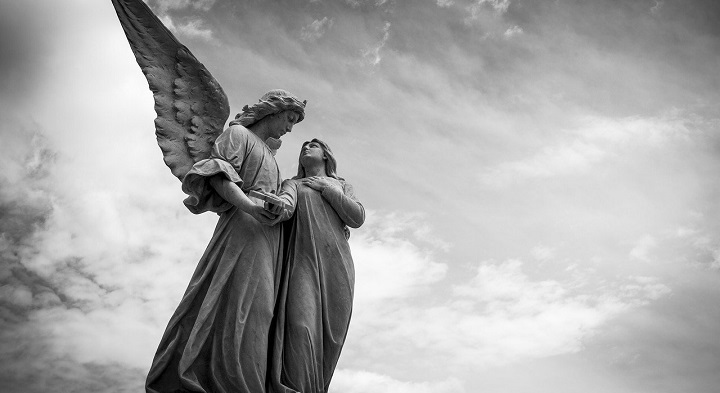 I wish to thank Ambassador Gingrich and the staff of the Embassy of the United States of America to the Holy See for organizing this noteworthy one-day symposium, which has reflected upon the theme of “Advancing and Defending International Religious Freedom through Diplomacy.”  I am grateful for the invitation to offer some points of reflection for closing remarks.

The protection and promotion of the freedom of religion is a hallmark of the diplomatic activity of the Holy See.  This fundamental human right, together with the inviolable right to life, forms the indispensable and solid foundation for numerous other human rights. Violating this freedom jeopardizes the enjoyment of all rights and threatens the dignity of the human person.  Indeed, in recognition of the centrality of this foundational right, freedom of religion is prominently enshrined in the constitutional legislation of many nations and is mentioned in a wide range of international conventions, including the Universal Declaration of Human Rights.

The Second Vatican Council dedicated an entire document to religious freedom reflecting the growing awareness and importance of respecting this fundamental freedom. In Dignitatis humanae we read that this freedom “means that all men are to be immune from coercion on the part of individuals or of social groups and of any human power, in such wise that no one is to be forced to act in a manner contrary to his own beliefs, whether privately or publicly, whether alone or in association with others, within due limits” (n. 2).

At the heart of exercising the freedom to confess and practice a certain religion, or not to follow if one so chooses, is the exercise of freedom of conscience, that inner sanctum of man’s transcendent nature where “man discovers a law which he has not laid upon himself but which he must obey. Its voice, ever calling him to love and to do what is good and to avoid evil, sounds in his heart at the right moment. . . . For man has in his heart a law inscribed by God. . . . His conscience is man’s most secret core and his sanctuary. There he is alone with God whose voice echoes in his depths” (Vatican II, Gaudium et Spes, 16).

The Church has always upheld the necessity to respect the internal forum of one’s conscience, not only because of its intrinsic link to the freedom of religion, but because it is the inner sanctum of the human person.  Sadly, we are witnessing a growing number of examples where this freedom is being violated, even forcefully so by civil legislation, which effectively amounts to an attack on the dignity of the human person.

I would suggest that, at least in part, some of the difficulty that we are experiencing concerning the violation of freedom of religion at the global level comes from a fundamental misunderstanding of the meaning of human freedom. Attacks on religious freedom are often driven by fear and ideology: whether by totalitarian regimes that use power to impose draconian restrictions, as witnessed, for example, in  countries  where the practice of certain religious traditions is prohibited  and “minorities” are actively persecuted, or whether it be the intolerant voices of the “politically correct”,  that “silence” and condemn those religious beliefs, traditions and practices that clash with their progressive ideology, labeling them as “hateful” and “intolerant”.

It is time that we reflect more seriously about the root of “intolerance” in such situations and, in particular, the shrinking public space for dialogue for and with those that practice their beliefs openly.  Indeed, the degree of respect for freedom of religion in the public sphere is a clear indicator of the health of any society; and, it follows, therefore, that it is also a “litmus test” for the level of respect that exists for all other fundamental human rights as well.

My suggestion that the freedom of religion is in crisis because our understanding of the truth of the human person and his anthropology is in crisis, is not a novelty.  The Fathers of the Second Vatican Council rightly noted that “a sense of the dignity of the human person has been impressing itself more and more deeply on the consciousness of contemporary man, and the demand is increasingly made that men should act on their own judgment, enjoying and making use of a responsible freedom” (Dignitatis humanae, n.1).

“This heightened sense of the dignity of the human person and of his or her uniqueness, and of the respect due to the journey of conscience, certainly represents one of the positive achievements of modern culture. This perception, authentic as it is, has been expressed in a number of more or less adequate ways, some of which however diverge from the truth about man as a creature and the image of God, and thus need to be corrected and purified in the light of faith” (Pope John Paul II, Veritatis splendor, n. 31).

Unfortunately, our growing awareness and affirmation of the dignity of the human person has not always been accompanied by an authentic understanding of the moral duty and responsibility that comes with the exercise of human freedom.  This divergence, between dignity and the responsibility inherent to freedom, has a detrimental impact on the concept of religious freedom and its enjoyment in modern society.

This point was masterfully elaborated in the insightful and in-depth reflection of Saint Pope John Paul II in his Encyclical Letter, Veritatis splendor, the “Splendor of Truth”, wherein, among other things, he underscores the necessity of having the proper understanding of human nature, especially its transcendent dimension which is rooted in the powers of intellect and will, exercised through the responsible use of freedom in conjunction with the truth about the good.  Although there are a number of current trends that undermine the proper perspective of human freedom, Saint John Paul II highlights two prominent ones.  The first we may call “radical subjectivism” or the exaltation of “individual freedom as an absolute”.

As he explains: “Certain currents of modern thought have gone so far as to exalt freedom to such an extent that it becomes an absolute, which would then be the source of values. This is the direction taken by doctrines which have lost the sense of the transcendent or which are explicitly atheist. The individual conscience is accorded the status of a supreme tribunal of moral judgment which hands down categorical and infallible decisions about good and evil. To the affirmation that one has a duty to follow one’s conscience is unduly added the affirmation that one’s moral judgment is true merely by the fact that it has its origin in the conscience. But in this way the inescapable claims of truth disappear, yielding their place to a criterion of sincerity, authenticity and “being at peace with oneself”, so much so that some have come to adopt a radically subjectivistic conception of moral judgment” (VS, 32).

In our contemporary societies, particularly in the West, there is a strong tendency to exaggerate one’s personal freedom, to purposefully decouple it from the pursuit of the good, or worse, to make it the only good. As a result, man turns inward, becoming self-referential and, what is good, becomes wholly subjective. From there, it is not long before man becomes an island, exercising his freedom, even apart from right reason. The “highest good” has now become the eradication of any obstacle to “radical autonomy”, such as the natural moral or divine law.  Even other fundamental human rights must be abolished so as to no longer impede the desire of one’s choosing.

Indeed, another all too common modern misconception that interferes with a proper conception of human freedom is the denial of objective moral truth, conveniently replaced by an individual’s personal sentiment or feeling about the moral good.

The Polish Saint continues: “Once the idea of a universal truth about the good, knowable by human reason, is lost, inevitably the notion of conscience also changes. Conscience is no longer considered in its primordial reality as an act of a person’s intelligence, the function of which is to apply the universal knowledge of the good in a specific situation and thus to express a judgment about the right conduct to be chosen here and now. Instead, there is a tendency to grant to the individual conscience the prerogative of independently determining the criteria of good and evil and then acting accordingly. Such an outlook is quite congenial to an individualist ethic, wherein each individual is faced with his own truth, different from the truth of others. Taken to its extreme consequences, this individualism leads to a denial of the very idea of human nature” (VS, 32).

These reductive approaches to the good and conscience are at the heart of most modern currents of thinking, as well as the predominant liberal ideology, which places the moral law and conscience in drastic opposition, as well as our human nature and freedom. This perceived opposition has devastating consequences for arriving at the right understanding of human freedom, including the freedom of conscience and religious freedom.

Ultimately, the decision to root man’s freedom solely in the self, without any reference to the Creator, is unsustainable. It leads to a limited understanding of the freedom of religion and struggles to generate and maintain the space necessary for authentic pluralism and the search for objective truth, that is truth that does not finish with me, or with you.

While we must continually repeat that religious liberty entails the ability for one to exercise, without coercion and without threat of persecution, one’s religious convictions, whether in private or in public, that is only part of the understanding of religious freedom. It is the via negativa approach, if you will, which states simply that there should be no coercion in the practice of religion.  However, what we often fail to recognize is that freedom of religion is, at the same time, the freedom to seek the truth. Freedom of religion is also the freedom “for” belief.

In other words, it must also be understood in the affirmative.  To stress exclusively the expression of freedom of religion as “freedom from external coercion” without addressing what this freedom is properly ordered to, namely, the discovery of the ultimate truth of one’s existence, one’s origin and destiny, given by the Creator, is like giving a child a tool and telling them “you should not use this tool for such and such”, but never explaining to them “what purpose that tool was intended to serve”.

If I am not mistaken, there is a famous series of catechetical booklets, produced from the one of the Councils of Baltimore in the United States.  One of the initial questions of that faith primer is: “Why did God make you?” and the proper response to be given is “God made me to know Him, to love Him, and to serve Him in this world, and to be happy with Him forever in the next.”

The simplicity of this should not obfuscate the profundity of this truth.  We are created for a purpose.  We have received a nature that is ordered to a certain end, with the gifts of intellect and will to know and to choose the good, each in accord with one’s conscience. Without this objective end, an end that exists beyond the self, we cannot hope but to find society in crisis, with each of us unable to embrace anyone but ourselves.

In our discussion of religious liberty, including its promotion through diplomatic activity, it remains useful for us to remember not only of what we hope to defend and promote but also the threats that we face. This certainly includes physical oppression, persecution and ideological imposition, but it also includes the denying of man’s very nature. I hope I have helped to better illuminate that point here with you today.

And, as always, it is my hope that initiatives such as today’s Symposium might continue building momentum on the international level so that this fundamental human right may be enjoyed by all.

Thank you for your attention. 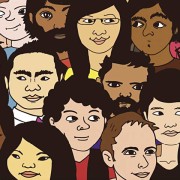 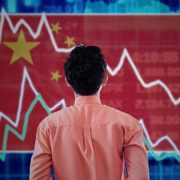 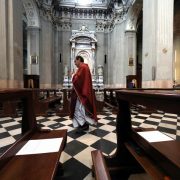 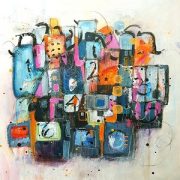 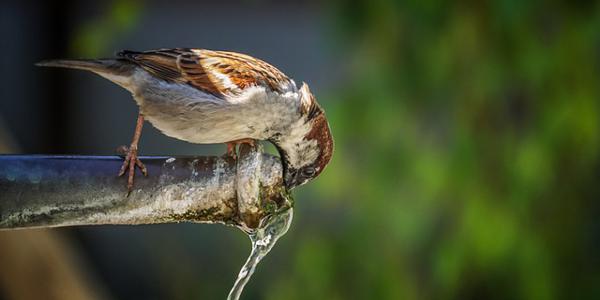