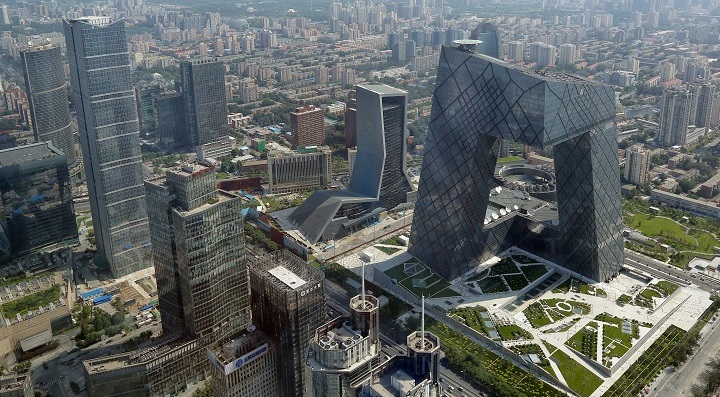 China had been in awe of the United States for over a century and a half, and during the period of reform and opening up introduced by Deng Xiaoping in 1980, it was the model of development for the country. Even after the crackdown of the Tiananmen movement in 1989, the United States had shown its might.

It had defeated the Soviet Empire and stretched the border of NATO to the former Eastern Europe. In 1991, the Americans oversaw the actual demise of the USSR and its partition into several countries, and at the same time redrew the political map of the Middle East by mustering an all-encompassing alliance against Sadam Husein’s Iraq. During that war, they inaugurated a military revolution with high-tech precise missile launches. After that, the US stopped Serbia in its tracks in Yugoslavia and showed the force of its economy when all Asian economies toppled during the Asian financial crisis of 1997–1998 while Wall Street kept afloat.

After September 11, 2001, the Americans drove the Taliban out of Afghanistan in a matter of weeks. In 2003, they were going to take hold of Iraq, and from there they could control oil prices and be at the crossroads of communications between East and West.

To China, the US was an uber power. Until 2004, opinions in Beijing were split between those who thought China should just follow the United States and change itself, or oppose it. However, both supporters and opponents of the United States didn’t doubt its power.

However, starting in 2004, something began to unravel in China’s sentiment toward the United States. People began looking with growing surprise at how Washington got bogged down in an endless and pointless war in Iraq. In the following years, the United States didn’t show much success as it failed to bring a new order in the Middle East.

Moreover, with the Jasmine Revolutions, Libya was turned into a wastebasket, and in Syria, the despised Assad regime managed to resist despite the tough fighting. The country was totally broken down and expanded Iraq’s no man’s land. Plus, fresh horrible enemies came to replace Al Qaeda. ISIS turned into a newer yet similar threat to that of Al Qaeda, and spread out all over the Muslim world.

US economy and Russia

In the meantime, the American economy stopped being the paragon of success. Already encumbered by the huge expenditures of war, the 2008 crisis showed the Chinese that the American financial system wasn’t as strong as Beijing believed it to be a decade ago.

In all of this, the four years of Donald Trump’s presidency also underlined the point. From Beijing, Trump tried to negotiate a trade agreement with the Chinese without an overall strategy. When Washington failed to cut a deal with Beijing, America didn’t have many moves to make.

In the meantime, the United States, since 2008, failed to stop Russian assertiveness. In 2008, Moscow invaded US ally Georgia and split up its territory. In the following years, it waged war against Ukraine, annexing Crimea and carving out the Donbas region, without effective American help. The Russians did the same in Syria, where they successfully backed Assad together with Iranian “volunteers.”

All in all, for the past 16 years, China saw the withdrawal of American power and interpreted it as a sign of its decline. The last straw in Beijing was the January 6 storming of Capitol Hill, conducted by Trump’s supporters. The fact that after the incident Trump was not punished in any visible way further gave the Chinese a sense of the weakness of American institutions against any challenge from within.

Also, at the very end of Trump’s presidency, China clinched two politically important trade deals, one with ASEAN and one with the EU. These two agreements, however weak in reality, show that the American trade system can be challenged and that Washington can be put on the defensive about setting rules for the global economy. That is, the United States may not be the only country that can establish the global laws of commerce, as it did in past decades.

Can democracy work in China?

All of this occurs on top of diverging trends. Infrastructure, the welfare system, and education are all improving in China while declining in the US.

This proved to the Chinese that democracy doesn’t work in the United States, which had been democratic for 250 years, and therefore it could never work in China, a country that never knew democracy.

The Internet, which 30 years ago was supposed to spread democracy in its wake turned into a sophisticated instrument for control, monitoring all that people want and like. Besides, the unrestricted access to news earlier promised by the prophets of the Internet became the main platform to peddle fake news and disinformation. China can have reasons to argue this in good or bad faith[1].

Therefore, from Beijing’s point of view, there are important elements to consider for its future as it prepares for the momentous 2022 party congress. The party congress will certainly be about China’s future, but as China has announced recently, it plans to launch a grand strategy for the first time in response to president Joe Biden’s containment plans against Beijing[2]. The CCP needs to address two questions: Is America declining? Is American democracy globally viable and thus applicable to China in some way? Oceans of American ink spilled about US decline reinforce these questions.

The answers to these questions however must come also from Washington.

It is true, as Americans say, that the United States possibly has been in worse shape before. In the 1960s, for a whole decade, the United States was drawn into an impossible war in Vietnam that seemed to bleed it to death and was ripping apart the political fabric of the country. It took place after an unconclusive peace in Korea in 1953 and after France, backed by America, had been expelled from Indochina in 1954.

Yet in the 1970s, slowly, the United States regained the upper hand both in Asia and more importantly in Europe, then the main theater of operation of the Cold War. Will America now bounce back as it did in the 1970s?

However, the Chinese may object to this, and the situation of the United States now is very different from that of the 1960s. So far, America still looks extremely confused about the whole situation with China.

Beijing feels there are many divisions within the United States about the best track of behavior to have with China, and also there are many divisions among American allies on what to do with China and the United States. Many US military allies like South Korea, Japan, and Germany may follow Washington on a political path, yet they want to carry on doing business with China. In this ambiguity, China has proved so far able to toggle between different positions, ignoring partly the military challenge and focusing more on the economic dividends of a common pecuniary gain.

End of capitalism or temporary bump?

Nothing is clear in this situation. Stephen Kotkin, in the second volume of his biography of Stalin[3], tells how 1929 was a momentous year for economic policies of the USSR. Policies of collectivization clamorously failed, and Stalin might have been tempted to turn to some form of market economy. Yet the 1929 Wall Street crash proved to the communists that capitalism was indeed on its last breath and that the soviet failures were just temporary setbacks. The following decades proved that things were just the other way around.

But the question remains, who is today’s USSR? In the West, the answer looks obvious: it is China. Yet from China, it may look the other way around. China was the first to plunge into a crisis, and was the first to come out of it.

Still, this may not be the end of the story. The US and the EU are about to throw many trillions of dollars into their economies, the biggest stimulus in economic history. This could bring massive inflation worldwide, raising the cost of commodities so essential to Chinese industrial exports. China, with its non-fully convertible RMB, will be forced to import inflation, and thus accept its social and political costs, and devalue its currency to keep its trade competitive vis-à-vis other industrial exporting countries. This could well pit China against other Asian countries as happened after the 2008 crisis—but on steroids.

In fact, China is also concerned of drawbacks from diverging monetary policies with the US and possible Chinese market volatility. “China’s central bank is stepping up liquidity support for domestic businesses and increasing its monitoring of cross-border capital flows as concerns persist over the side effects of Washington’s massive new fiscal stimulus plan” wrote the South China Morning Post[4].

Moreover, the massive vaccination campaigns started by American and European companies could rekindle global trade and communication. Here China has managed to control the epidemic from within, but it has kept its borders closed. China will be not fully vaccinated and open after the summer, when the US, the EU, and their allies might possibly be recovering from the epidemic and starting to open up.

Meanwhile, the Pope’s peace offensive in the Middle East and the new Abraham accords, led by Israel with select Muslim countries, are creating a new space for peace and development in the region after years of failures. The Pope’s recent trip to Iraq was to start to repair 18 years of suffering[5]. He took on himself the faults of others, and the US and EU applauded this. China largely ignored the global geopolitical importance of the event.

Was China right in this? The issue was not about Beijing after all; China was innocent of years of war and destruction in Iraq. Yet is this innocence everything? Especially since China is being dragged more deeply in the social unrest in Myanmar, where it is accused by pro-democracy activists of backing the military who staged the coup. Chinese factories are being attacked by demonstrators and their important local logistical interests may be at stake.

China’s rise objectively disrupts the present political order. Maybe it is right, but will Japan and India, to name just two neighbors, really accept a new China-based political order even without an American presence backing their concerns?

Chinese media argue incessantly about US envy of China’s rise. This could well be but perhaps it’s not the end of the story. America is wary of China because China is not democratic and China doesn’t want to become democratic as it fears this will be the trojan horse to bring about the collapse of the country.

But the central question is: what does China do in response besides digging trenches and being defensive?

China has three problems seen from the outside: 1) it has become big and strong and this challenges American supremacy, 2) China is not democratic and this challenges the way developed countries organize political, economic and cultural exchanges in the world, and 3) China has territorial claims that push back neighbors who are frightened that Chinese requests will increase more and stop at nothing.

How does China deal with these three problems? It cannot simply say: they are envious. Even if other countries are envious what does China do to resolve the issue, try to destroy them? Distribute crumbs of wealth that will mainly go to the incumbent leaders thus exacerbating local social and political tensions that will eventually backfire on China?

China needs a way of dealing with all of this using an overall and radical approach. So far China was lucky because the past four years of “America first” policy split the US from its allies. But Trump is gone and the separation will not last forever, especially because too many countries are worried and concerned about China and this will drive them together.

This pushes us back to the original question: Is America really declining, or is it just beginning to adapt to a new order? Washington needs to answer this, and its answer will influence China’s party congress next year. 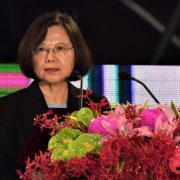 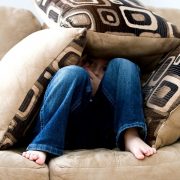 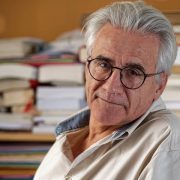 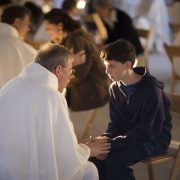 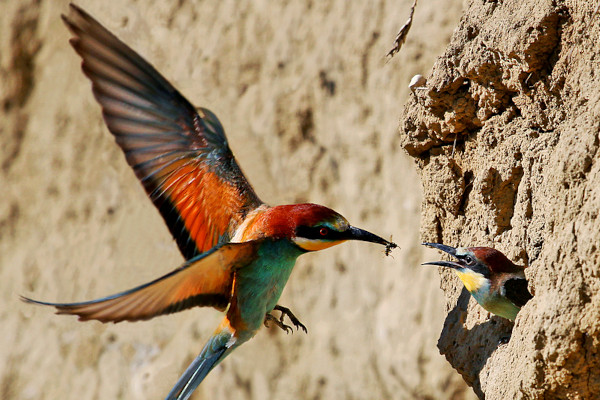