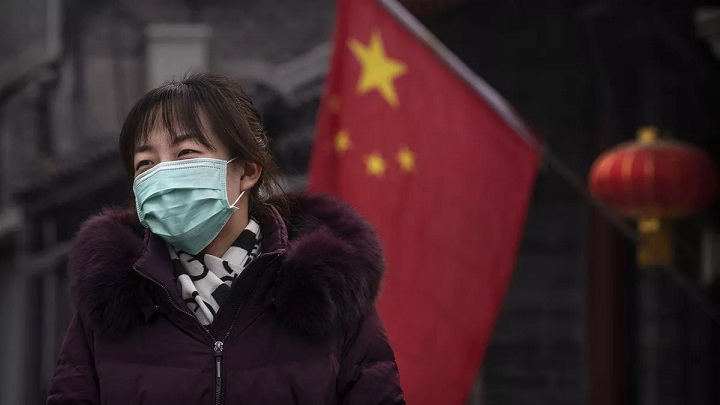 Covid was supposed to be China’s Chernobyl moment (the 1986 nuclear power plant accident that hastened the fall of the USSR), and now conversely it could become America’s Sputnik moment (the 1957 launch of the first artificial Earth satellite by the USSR, challenging the US’s technological predominance).

In fact, China woke up to the tragedy of the time, while America and part of the West seem to be still dithering and bickering. People may like or not like the Chinese government, but for either reason, everybody should take it seriously and not be smug about its presumptuous superiority.

From China, this is what it looks like: China at the beginning botched the Covid response very badly but then it was quick on its feet, and in March it was already planning for an autumn second wave, which it is meeting successfully.

Many Western countries, despite the advantage of coming after China, are being swamped by the second wave without any significant preparation and mired in pointless controversies. From China, this looks like America is going under—it has lost its marbles. So why should Beijing cave in to whatever the US demands? Many in Beijing may think it’s better to just wait for the US to crumble.

Western critics complain that China forces everybody to give out personal details on the internet, but Chinese retort that Westerners volunteer to Facebook far more personal details than the requirements for personal safety against Covid. Of course, there is a difference between volunteering information and requiring it, but it is also about directions coming from the political leadership. In some Western countries, confusing and contradictory messages and sudden changes of plan all baffle people and scare them beyond the actual reality of Covid.

So, what do common Chinese people, with full access to information, understand in this situation? That despite the fumbled first reaction (cover up the disease) and the harsh first response (the fierce lockdown), nine months into the pandemic China didn’t fare too badly—just the opposite! And the 4.9% GDP growth is proof of it.

Some Westerners do not like it, they say it is suppression of individual liberties, et cetera? Tough luck, Chinese can say. We are better at playing this game than you are. Then, with this, good luck with splitting the party from the people, as US Secretary of State Mike Pompeo announced he was willing to do in his recent speech[1]. Listening to a few Chinese dissidents exiled in the US on this looks like the Chinese listening to a few Western mercenaries self-exiled in China: they all say what their new masters want to hear, not the reality.

So, no matter who wins this US election, no matter what the US policies with China will be, if the US doesn’t get its house in order, it will just convince 1.4 billion Chinese to stick to their present situation.

Choppy waters under the surface

But there are also different domestic twists, because not all is calm in Chinese waters.

First of all, there is a different perception of the relationship between power and money. According to Chinese imperial tradition, and confirmed with more recent practices, power gives money, not the other way around. This is also true in international affairs. If you have a strong bargaining position you can extract better terms from the other side, because the exchange is not fair; it is tilted in favor of power, in order to also keep up the power of power.

Western tradition is different. The tradition coming at least since the Renaissance placed the marketplace in the main square of the city, under the watchful eye of both top authorities of the time, the municipal government and the church (whose main office and temple were located also in the square). This was to make sure that exchanges were fair and deals were not rigged in anybody’s favor. This tradition developed into the idea of modern capitalism from Adam Smith to Hayek, where markets are a tool for the exploration and improvement of reality and thus they must be fair. And fair markets trump power.

But is this the reality or just a propaganda tool? Is the accusation of unfair market practices levelled at China by the US unbiased, or is it just ideology used to extract better, unfair terms from China? And what should China do if the US is actually fighting for a fair market, or if it is trying to force new “unequal treaties”?

China is not publicly addressing this problem but it is apparently priming some old-fashioned nationalist rhetoric. A recent report by the Wall Street Journal[2] is interesting because it stresses, as happened other times in the recent and not so recent Chinese history, China’s reliance on nationalist ideology in times of perceived danger.

But calls on nationalism are themselves dangerous. Nationalism may be good in small doses, and lethal in heavier doses. Unleashing waves of uncontrolled nationalism first hits foreigners, but then it may backfire on the government too weak or too stupid to handle foreigners. This should mean in theory Beijing should respond with force to the foreign “provocations,” or it should cleverly manage to find a way to positively compromise with the foreigners. Neither looks likely now. This is the golden times of China, never before were so many Chinese so well off, and this was delivered by this government. If this welfare was compromised or started to ebb most people would still stick with the government, but only for some time. Eventually the government that took away the wellbeing would be blamed; this is true everywhere every time.

Stirring up nationalism is a risky game that Beijing may hope to control because it all happens through the internet and its trolls, so in theory it could be switched off overnight.

But here may be a catch. In the past, nationalist waves were reined in after reported “diplomatic victories” of China. Even the anti-US demonstrations of 1999, in the wake of the bombing of the US embassy in Belgrade, stopped when then US president Clinton said he knew nothing of it and offered what in China amounted to an apology.

But now it’s unlikely the US or another country is going to offer an apology of any sort. How, then, can the nationalist wave be turned off? And if it is not turned off, won’t it bite the head of its master?

The Party should give up on nationalism, which is like a drug: it creates an addiction that is hard to shake off and that ultimately kills the host. But also, the party doesn’t have an alternative ideology: communism is gone, and neo-Confucianism, despite some 20 years of efforts, never got any real traction.

Then what? So far there is the old capitalist game of improving people’s welfare, and the present V-shaped recovery proves that Beijing is better than other countries at this game. This does it.

But this brings us back to the market. If the market is evidence of China’s better efficiency, then an idea of markets could bolster China’s rule but this would also mean a conceptual move away from the present ideological conundrum. 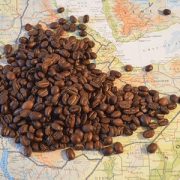 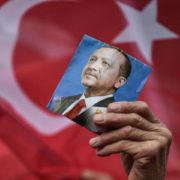 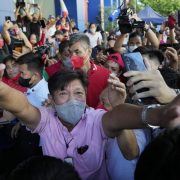 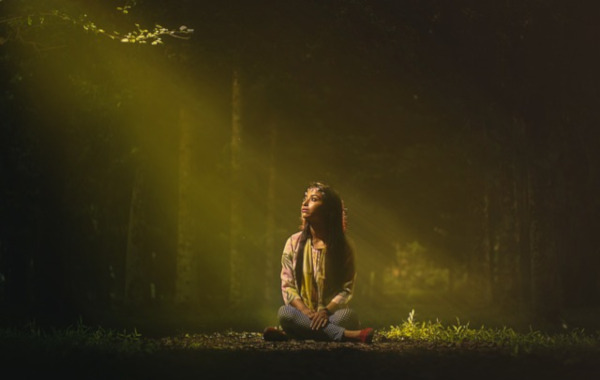