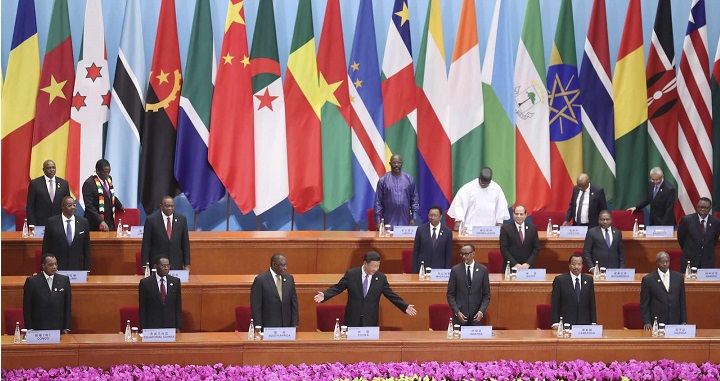 Chinese trade and investment in Africa are the single most important factors that allowed waves of millions of African to afford to pay human traffickers thousands of dollars for the chance of a better life across the Mediterranean Sea. This migration, in turn, by shifting social habits and anthropology, is a crucial element altering European politics, polarizing passions, and feeding the new populist rightist sentiments on the old continent.

Yet looking at things from Beijing, these are all unintended consequences of a simple drive: buying raw material from Africa to fuel Chinese growth and paying for it in infrastructures, industrial relocation, and manufactured goods with better price/quality ratios than those coming from developed countries.

This process, which took some 20 years to unfold, is modifying Africa forever with the growth of an unprecedented new middle class. Of these people, the more adventurous mid-low ranking ones are moving north; the wealthier are staying home to start new lives and new ventures; and the ones of the lowest class who feel discarded may fill the scores of religious and non-religious militias roaming the continent like birds of prey looking for easy pillage, social revenge or both.

Some two million Chinese are living and working in Africa, whereas just a few thousand were there two decades ago.

China provided massive help in health care. Chinese internet service, the Alibaba market platform, and Tencent finance and money transfer systems are transforming purchasing habits and ways of doing business. Life in Africa is evolving because of China. This, because of the direct and indirect importance of Africa for the whole world and for Europe in particular, is a positive trend for everybody. Or at least it should be.

It is unclear however how this huge effort has improved, if at all, the image of China in Africa and in the world. It is quite possible that the mainstream narrative and perception of China has worsened. The impression China gave to the world was that it was intent on a new paternalistic colonization surge on the old continent.

Foreign Reporters say that China was not interested in improving the lives of common Africans, that the Chinese don’t mix with Africans, and that they were uninterested in what was happening on the continent. They are there for business not to improve lives, to spread ideas or values. It sounds cold and callous to many.

Surely, this lack of interest, true or false, is in no way comparable to the extent of damage the Europeans inflicted on the continent. European colonizers slaughtered and enslaved many millions of Africans, and destroyed the fabric and civilization of the continent. They even erased the memory of powerful empires like the kingdom of Mali or the empire of Ethiopia that ruled that part of the world for centuries, and brought wealth and contributed to the civilization of the Mediterranean. No Chinese did to Africans what Europeans did just a few decades ago.

However, the world has changed completely in a few decades and a far less oppressive colonial mindset, which still may be perceived as “colonial”, now becomes less tolerable in the global perception.

This makes the European presence and past crimes somehow more easily “forgettable” and “forgivable” because they can be attributed to the past. However, the far more humane Chinese behavior is less forgivable now that the bar of good conduct has been raised. And, anyway, the two cannot compare: a big mistake made in the past by X doesn’t justify a lesser mistake made now by Y. Africa and the world were not ready to have a new colonizer replace the old colonizer.

Moreover, the Europeans exported values and claimed they were bringing civilization to uncivilized people. The claim was false of course, but at least lent some humanitarian purpose to the old white exploitation of the continent.

China didn’t claim to bring controversial values, but also didn’t bring anything more than money. Moreover, the Chinese are not good at working with African laborers, and they bring to the continent their own laborers from the Chinese countryside. At the beginning, this caused some clashes of cultures and customs, so Chinese authorities secluded their own workers in Africa in separate camps with little or no exchange with the locals.

This made relations with local leaders easier and without the trappings of external and sometimes hypocritical values. However, the pattern of paying their way all through Africa also created a new form of doing business.

It was not enough to pay the country’s president or prime minister—even small tribal chiefs wanted their cut of businesses. A wave of kidnappings and shootings of Chinese workers in Africa forced the Chinese to pay for their lives from top to bottom.

Some Chinese companies felt obliged to bribe their way through the ranks of leadership. Some Chinese complained that at the end of the day they were losing money in Africa and not making any. Plus, it was all done in a murky way where common people enjoyed little benefit from all the business and red envelopes exchanging hands and thus didn’t have good sentiments about Chinese people. Compared with past white colonization, which thrusted its way through Africa by brute force, is certainly better. But, again, times are different.

Meanwhile, now Europe and America are making an effort to integrate and promote people of African descent into mainstream politics and business. This is late and surely not enough, but there is at least an effort, and it is sending an important signal to the continent.

The same is not happening in China. There are millions of African young men and women living mainly around the area of Guangzhou. They dwell uneasily in the fringes of Chinese society, often without papers and barely tolerated by Chinese authorities. This is known both in Africa, in Europe and America.

All in all, this reinforces the impression of the Chinese presence in Africa as one of neo-colonization, lack of goodwill toward Africans. True or false, China is apparently not addressing this impression, which of course is dangerous for China itself.

African intellectuals also may look down on Chinese. After all, in the past decades Nigeria alone has produced some of the most influential writers in the world, including Chinua Achebe and Wole Soyinka. They are possibly better read than modern Chinese writers.

At the same time, the Chinese presence in Africa is bringing attention to new players. Japan and India are joining hands in moving into Africa. Japan has economic and technological muscle that may prove helpful to African countries. India has a huge potential market and has a shared historical experience because Indian bureaucracy was used to run the British empire on the continent.

Turkey is making inroads again on the continent, leveraging the old Muslim heritage. Europeans and Americans are also paying more attention there after decades of absence. This new attention, of players wanting to compete with China is helping Africa.

This competition creates new difficulties to China. Plus, strategically, Africa is dangerously far from China. If trade and investment increase in Africa, they also increase liabilities for China. Chinese vessels are not protected by the Chinese navy, which has little or no projection capabilities, and could be easily damaged or cut off by any number of players on the continent or outside.

In other words, China’s African strategy in hindsight was too simple. China thought about its foreign ventures in terms of money only, without considering the culture, the anthropology, the broad security element. That is: China took for granted the goodwill the US was providing globally for China in the whole world. As long as the US goodwill is disappearing and China didn’t replace it by creating global alternative goodwill, the whole exercise crumbles. Short-term economic advantages do backfire and eventually may cost much more than past gains, and this may hide eventually all the positive elements Chinese brought to Africa, which is being set in motion by Beijing’s own drive for development.

Or perhaps it is a misperception. A popular Chinese film Wolf Warrior is set in Africa and a Chinese soldier fights and beats a crowd of white mercenaries engaged in all kinds of illegal and immoral activities in the continent. The image the Chinese wanted to show was that they are the saviors of Africa from the old western looters.

It is unclear whether Africans feel more at home in Beijing or in London, New York or Paris, or if Chinese are more welcome in Lagos or Addis than an American or a European, but if the two perceptions about the Chinese presence in Africa will not be reconciled, this could also contribute to the ongoing clash with the US. Then Africa, with its resources, new booming activities, potentially great growth engines, like Ethiopia and Nigeria, could also become a new battlefield of this clash and drive once again Africa down. 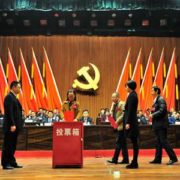 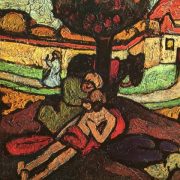 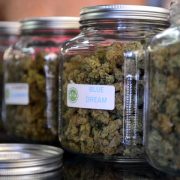 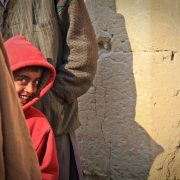 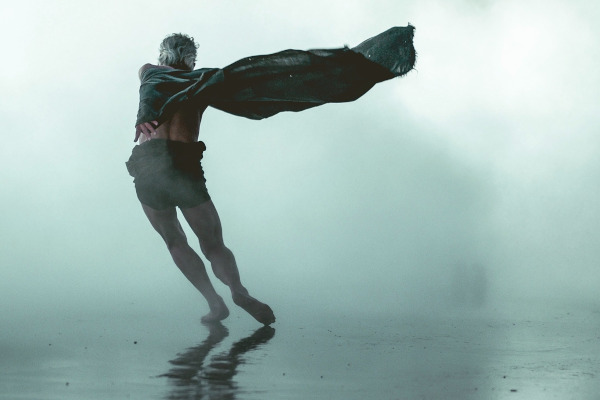