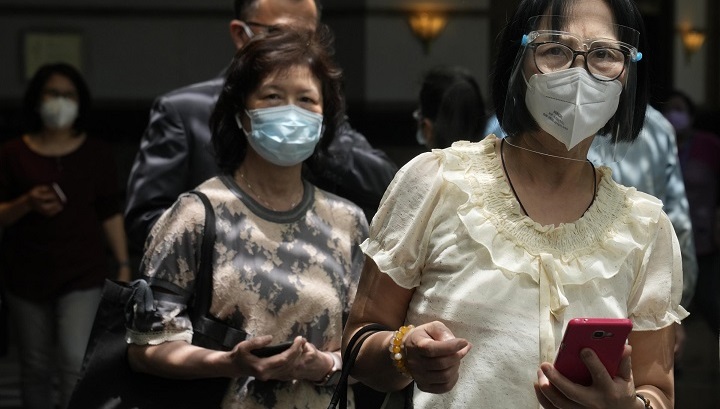 Two years ago in April, Europe and America were grinding to a halt economically, socially, and politically because Covid was spreading like wildfire. Production and services virtually stopped; politics was in total disarray.

In just February 2020, Western countries claimed that Covid would be Beijing’s Chornobyl moment (the 1986 Nuclear Power plant incident that signaled the USSR’s systemic failure). But a couple of months later, China was already emerging from the darkest period of Covid. Its economy was recovering and in fact, it started manufacturing all the necessary goods for Europe, the US, and the rest of the world when they were blocked by the epidemic.

China managed to stop the progress of the disease thanks to its political system. The success was also due to the culture, as was proved in neighboring countries like Taiwan or Japan, which showed that orders from above could be issued and draconian measures would be obeyed and followed by the population.

That is, both the government and the people trusted one another, and the government enforced measures of social control that actually barred the spread of the virus, bringing it under control. People, trusting the government, followed the orders thinking that this was the best way of getting out of the epidemic.

Unlike China, in 2020 and 2021 Europe and America failed to apply drastic measures except for some periods in some countries. There was never harsh enforcement of social distancing and social control like in China, and things went through a very patchy path with bursts of Covid, including periods of recovery, and overall great uncertainty and instability.

During the same time, China enjoyed a great political and social consensus. Both the government and the people felt their system had unique advantages over capitalism, proving that China was on top and things were better. Then, surely American dominance and hegemony were in decline.

This theory two years later seems reversed. In fact, Covid proved to be different from other infectious diseases. It kept evolving and didn’t die out like SARS in 2003. Plus, over a year ago, America and Europe developed a series of effective vaccines that brought social life back to normal in Europe and the United States.

China did develop vaccines even earlier than America. However, its vaccines were not as effective in stopping the infection, and social distancing and quarantines were still the only proper measure to avoid deaths.

In sum, “the success of China’s ‘Zero Covid’ policies since the initial outbreak depended on two things: the CCP’s ability to maintain uniquely intrusive surveillance of the Chinese population and the virus’s relatively low reproduction number. Lockdowns worked in China and did not work in the Western world because no Western government has a system of social control like China’s. And Zero Covid was achieved in China because Covid wasn’t the measles. Until it was.[1]”

Now, two years later, following the mutation of Covid, China and Europe and America are in reverse positions. Life has gone back to normal in the West, which has been immunized by its effective vaccines and also the herd immunity gained by failing at harsh distancing.

In fact, people’s social disobedience and the effective vaccines created a situation where Covid is no longer deemed dangerous. In some countries like Norway, no quarantines are required anymore if you get infected by Covid.

Conversely, in China, the situation is worse than it ever was since the first outbreak of the disease over two years ago.

There is far less herd immunity, Chinese vaccines are apparently not as effective, and social distancing remains the only viable prevention measure.

However, unlike two years ago when people trusted the government and were willing to follow overall quarantine measures, now they appear less eager to obey government orders.

The problem perhaps is also that news is trickling in despite extensive censorship that life is back to normal outside of China. Therefore, it is harder to understand why China is still closed. This is becoming both a social, political, and economic issue.

Certainly, it is not time to believe this is a sign that China is falling apart. Beijing has great resilience and inner strength, and indeed, it can find a way of battling the present situation. However, the crisis is no mere scratch.

A massive vaccination campaign for the whole country, perhaps by mixing Chinese and Pfizer vaccines, is long overdue. China was slow in importing more effective foreign vaccines for fear of backlash. Importing foreign vaccines would be tantamount to admitting that American science was still better, and that American science in the time of dire need did indeed save China. This would run contrary to some of the propaganda peddled at home.

Also, now social distancing is creating huge problems for the economy. Two years ago, the world economy plunged, and China stepped in to provide goods for everybody.

Now the world economy is in recovery and China is conversely not consuming and not producing as much as it should.

Reportedly over 80 cities large and small, about 500 million people, are under total or partial lockdown. Yet the crucial point is Shanghai.

“The quarantines there have led to food shortages, inability to access medical care, and even reported pet killings. They’ve also left the largest port in the world understaffed. The Port of Shanghai, which handled over 20% of Chinese freight traffic in 2021, is essentially at a standstill. Food supplies stuck in shipping containers without access to refrigeration are rotting. Incoming cargo is now stuck at Shanghai marine terminals for an average of eight days before it’s transported elsewhere, a 75% increase since the recent round of lockdowns began. Export storage time has fallen, but that’s likely because there are no new containers being sent to the docks from warehouses, according to supply chain visibility platform project44. Cargo airlines have canceled all flights in and out of the city, and more than 90% of trucks supporting import and export deliveries are currently out of action. Shanghai produces 6% of China’s exports, according to the government’s statistical yearbook for 2021, and factory closures in and around the city are further rattling supply chains. Sony and Apple supplier plants in and around Shanghai are idle. Quanta, the world’s biggest contract notebook manufacturer and a MacBook maker, has stopped production entirely. The plant accounts for about 20% of Quanta’s notebook production capacity, and the company previously estimated it would ship 72 million units this year. Tesla has shuttered its Shanghai Giga factory, which produced about 2,000 electric cars a day.”[2]

Are these measures going to sap foreign business sentiment, a crucial element of China’s economic miracle for decades? Foreign investors now face a situation where the world is out of Covid, but China is not only plagued by it, but it’s unclear when and how it will get out of it. How can businessmen plan for this extremely volatile contingency in China when the economy is booming elsewhere?

This is coupled with new difficulties in its foreign agenda.

China at the beginning thought that Russia would easily win over Ukrainians, the EU would shift farther away from the United States, and America would just take it, unable to mount an effective response.

The opposite happened. Ukrainians fought back and beat the Russians, which proved to be a second-rate army. Europe became more united with the United States, and the United States confirmed it could be a leader in this situation, mustering support from worldwide.

China is in a situation in which there are domestic and foreign difficulties. This creates a dangerous mix for its own program and brings back the ghost of the wrong assessment about what happened with the USSR.

Following some opinions in Russia and also the astute analysis by Stephen Kotkin,[3] China believed that Soviet difficulties were overestimated and the attempt to reform the USSR proved disastrous.

In light of Russia and China’s present situation, perhaps a revision of this critical historical assessment is due.

The situation in the Soviet Union was indeed dire, so much so that thirty years later, with the more open leadership of Vladimir Putin, Russia proved unable to flourish or even think clearly about small Ukraine.

In fact, the Russian army is riddled with problems and issues that can be traced back to Soviet times. The Russian military in the past decade proved unable to beat a NATO member, Turkey, every time they met.

Turkey defeated the Russians in Syria, the Caucasus, and Libya. Then, this is small but practical and tangible evidence that the issues of the Soviet Union were indeed extremely profound. The cure offered in Gorbachev’s times might have been wrong, but definitely the diagnosis was right.

The Soviet Union was on the brink of implosion. Gorbachev tried his best to salvage it, failed at the cure, and was also betrayed on the inside by people who didn’t believe in his healing. But overall the body was extremely sick and unable to survive.

Then Gorbachev tried to use glasnost and perestroika and believed that socialism was still an ideology worth fighting for. This might have been wrong, but certainly the system was not working.

Present China is certainly much stronger than the USSR in the 1980s. Forty years of reforms were not in vain, and they did change China for the better, although possibly not enough. But also, similarly to the USSR, China ought to think that its problems are indeed serious. They should not be underestimated, and some drastic reforms are long overdue. 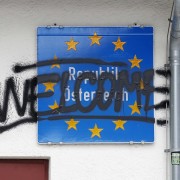 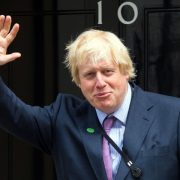 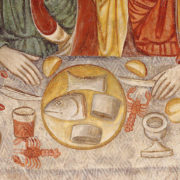 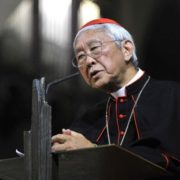