To forget about the unwritten by sticking to the writ is ignoring the large and being trapped in the small (皆以明小物而不明大物也),as ancient Chinese would put it.

Yet in the gap between de jure and de facto, there is a risky imbalance of representation. Americans vote for their president; non-Americans don’t vote for him but will suffer or enjoy the consequences of the American choice. Still they do take part in the public debate, and can have some influence with ideas and money.

Formalizing this foreign participation is tricky, and may upend American democracy with global consequences. But to ignore the yawning gap of representation would also be a gross mistake.

The controversy over Russian influence on US presidential elections is also about this. Hidden, stealthy participation is and should be forbidden, but is the open participation of foreign players so terrible? How can this happen in a more structured way?

The issue is an old one for empires with a basis of representation, like those of Athens or Rome. The Roman Senate chose to have leaders of some allied nations as members: Caesar brought in Gaul allies and before that there were loyal soecies. There was the extension of Roman citizenship to the Italian peninsula (to the Italians south of the Po river in 90 BC and to those living south of the Alps 40 years later) and with Caracalla to the whole empire in 212 AD.

Conflicts over representation are always extremely delicate. In fact, in 410 Alaric sacked Rome as he felt wronged by the emperor, who failed to pay him his due. And the very existence of the US came about because of a conflict between representatives of the American colonies and the London parliament over tax payments.

The issue of American representation of the world was blurred for decades, first by the fact that the US opposed the USSR, and therefore opposition to the communist onslaught itself gave Washington leadership. No second country was strong enough to withstand Moscow. Secondly, after the end of the Cold War, the US was the only surviving superpower and its role appeared natural. However, with the idea of “America First,” the world came to realize there was a gap between the domestic and international projection of the US.

Of course, the idea of “America First” had its own reasons and the many failures of the different US administrations in the Middle East, didn’t help the world or America. In sum, the US felt openly wronged by the world, the world came to realize there was not perfect alignment between the US and the world, the US might not be as powerful as people and thought, and thus the US leadership had to happen based on different conditions.

De facto there is a move from a “natural global leadership” to what must become an “intentional global leadership”. That is, in the past, America didn’t need to explain itself to the world for its leadership; now it does. It is somehow a move from royalty to presidency. The king doesn’t need to explain too much why he is king; the president conversely needs to campaign and be elected. The US is moving from the former to the latter with an ensuing shift in the justification for its global role as ruler.

Central in the US and historical Western perception of leadership is the understanding of the concept of “representation”. It is different in China, but there is still the need to acquire social consensus.

After the 1989 crackdown on the student movement in Tiananmen, China set in motion political and social measures that de facto “bought the students’ consent”.

Before the protests, youngsters were subjected to enormous social control of private life. After 1989, their private lives were liberalized, sexual life once strictly controlled, was set free. Plus, they were encouraged to go into business. In other words, they were thus urged to move their attention from politics to economics. They could not become political leaders, at least not overnight, but they could become millionaires. In this way, vested with the wealth of the country, they had a real interest in maintaining the existing political order. It was the beginning of rampant, widespread corruption that eventually, in two decades,brought downChina’sold social fabric. In the short term, it also boosted Communist Party leadership in the country, as it eliminated any challenge and transformed the challengers (the ambitious young people) in supporters.

Moreover, with Clinton’s presidency in the late 1990s, Americans accused China of stealing intellectual property, IPR. This controversy created a political welding, which did not exist previously, between this new class of former Tiananmen protesters and the government.

Those who stole IPR in the 1990s were the young people who a few years earlier were in Tiananmen revolting against the government. Yet less than a decade later, the Chinese government protected the students trying to get rich by jumpstarting Chinese high-tech industries with US technology, while America, which previously supported their quest for democracy, now accused them of theft.

Eventually the US understood the quandary and – rather than confronting China as a whole, as outlined in the Cox report published in those years – decided to bring Beijing into the new trade organization the WTO and bet on the slow economic, social, and political change of the country.

This created a social compact that held China together until recently.

Now conditions are different, the risks are much greater, and it’s impossible to think there will be some kind of political U-turn with Washington, as it happened in the late 1990s, with the US coming around to side with China again. The Chinese social compact has been changed by the anticorruption campaign that tried to fix the social fabric.

Hong Kong is a complicated test in all of this. The problems there are social: the citizens of the former colony feel discriminated against by the “invasion of the Pekingese”. Many feel impoverished because a small percentage of the rich have everything while the majority perceives that its status and purchasing power is decreasing. There is the international risk of a progressive isolation of China with respect to the world. China’s political isolation can impact its trade, and the trade surplus is perhaps the single most important element to uphold the country’s financial wellbeing.

So far Beijing hasn’t tried to address the social issues in Hong Kong but tried to first re-establish the public order, as it did with Tiananmen. This may be reasonable from its own viewpoint, but as the 1989 experience proves, it is not enough. Beijing needs to take an overall approach. If you stop the mob without providing any overall solutions, you risk blowing up the whole system, and this goes against Beijing’s own interests.

Within China the extensive and pervasive role of AI in social control and the great power of grassroots organization to check on everybody is bringing less social freedom, more centralized control, less economic dynamism, and thus less economic growth in the long term.

Less growth, especially if coupled with a shrinking trade surplus, causes more social trouble. To quell those troubles then there are more AI checks and even more power to grassroots organizations  – and this goes on and on in a vicious circle. In all of this, the Communist Party leadership can be undermined.

Perhaps thinking of this in politics is also about method. Short-term political decisions also have long-term consequences. The 1970s Afghan war, the fall of USSR, and the development of China, pulling that of Asia, reopened the Central Asia route that had been blocked since the 15th century for the Turkish control of the Eastern Mediterranean. The Chinese Belt and Road Initiative (BRI) put only a conscious political hat on an objective trend.

This geographically makes the American continent, and not only the US, no longer the natural center of gravity that it had been for the past five centuries. The US and the American continent need a conscious strategy to regain its centrality. This enhances the difficulties of the “America First” policy.

Moreover, this brings back the centrality of the Mediterranean Sea, a long corridor between all continents, eventually ending up in America through Gibraltar.

The world thus can no longer be seen in pieces, but needs a new political and strategic centrality. This must start by recognizing also that the US is a superpower but not a total power that gets its bidding by being there. The US needs new long-term thinking and gain global support that doesn’t come by fiat.

In all of this, China believes that with US meddling, it would be the natural global leader of its part of the world. But looking at Chinese history there is little evidence that this could be the case. China’s imperial stability was continuously stressed by harassment from northern and central Asian raiders and invaders, the piracy of the Japanese, and resistance and aggression from the south. In that world, China had Tibet as a buffer state between itself and mighty India. Now, by fully absorbing Tibet, China has expanded its borders and thus also its troubles. India, for millennia out of the Chinese world, has become part of Beijing’s headaches.

Without US meddling, China could really have more problems with its neighbors. In fact, in 1999, after the Asian financial crisis, South Asian countries vowed to put aside the South China Sea dispute. Back then, China was seen as more friendlythan the aggressive US speculators because itdefended the “overvalued” RMB and stopped a wave of competitive devaluation. A decade later, after the 2008 financial crisis, when Asian countries felt China was ignoring their export plights by keeping the RMB “undervalued”, South Asian countries raised the South China Sea disputeand found US support.

Japan feeling bullied, India feeling betrayed and under siege, and Vietnam trying to wangle itself from under the Chinese “yoke”, are not US inventions, although the US may want to use them.

How will these short-term issues condition long-term trends for the whole world? The answer to this question will lead to the new global leadership. The answer, to put it in artistic terms, must be beautiful – that is, most people will have to feel convinced by it. To try to force the answer conversely will only worsen the situation.

Here, again, history provides an example. The Industrial Revolution began with the project of the first locomotive on a tramway between Stockton and Darlington in England, in 1813, when Napoleon was still intent on conquering Europe. The American Civil War was won by the superior northern industrial and railway system. The US itself was made by stretching from east to west its railways, dislodging Native Americans and buffalos, and thus putting an end to the old world of the Great Plains.

China’s power projection similarly was built on the railways. More than one hundred thousand kilometers of new tracks and fast trains changed China by connecting all the periphery to Beijing and to one another in the past two decades. The BRI actually was the extension of this plan to Europe, across the entire Eurasian continent, the largest landmass on earth.

The American project, whatever its policies, can’t but to follow it. It needs to upgrade its railway at home, and extend a network crossing the whole new continent from north to south. It needs to move on a plan to connect by rail Europe and Africa from Oslo to Cape Town, and then from there reach out to Asia and India, excluded from the Chinese BRI. In this way, the BRI and China can be integrated, if it wants to be. 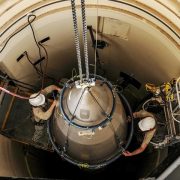 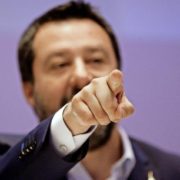 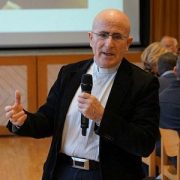 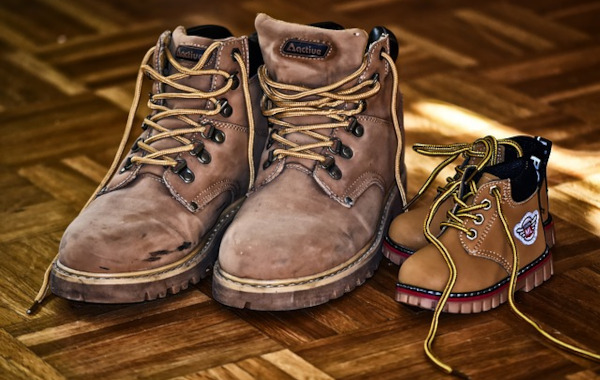