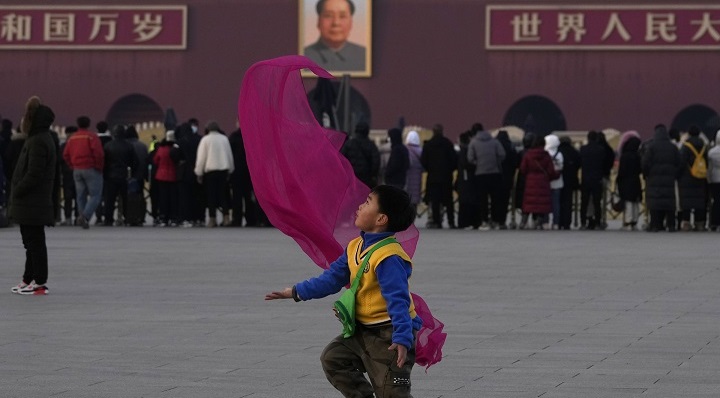 No effective taxation without representation is, in a nutshell, the moral of Jin Xu’s exhaustive book Empire of Silver,[1] which takes us through the history of silver in China.

In reality, it is the history of the faults of the Chinese tax system: Its inability to quickly and efficiently muster resources in times of sudden need through an enhanced financial and taxation system like the one that eventually brought about English victory over Napoleon in the early 19th century. This is a long-term structural weakness of the country.

A crucial passage is here, maybe:

In March 1262, Venice faced a serious military challenge. Its opponent was the powerful Byzantine emperor and his ally, Genoa. Seeking to protect itself under financial pressure and the fog of war, Venice’s highest organ of power, the Grand Council, issued a decree that permitted the government to spend up to 3,000 lire per month for its routine needs. Spending beyond that amount had to be used to pay the government’s creditors 5 percent interest. The decree also authorized the government to collect tax revenues to service public debt. This decree came to be regarded as the greatest financial innovation of the 13th century and anticipated the Italian city-state Monti bond system. On another occasion, when war made the government desperate for funding, budget deficits pushed the government to engage in systemic rejuvenation and created demand for trade, and government bonds became an asset that could be traded and transferred.[2]

Why does Jia Sidao [1213–1275, chancellor of the Southern Song dynasty, defeated by the Mongol invasion] invariably deal with financing problems by plundering the populace? Jia Sidao’s tragedy seemed to lie in promoting unequal commercial transactions in a society that lacked a sufficient commercial environment. His public lands law can be considered a failed experiment in the agrarian civilization of that time. Although the Southern Song was China’s most commercially developed era at that point, the entrenched power structure and rules of the game left Jia with few options in terms of financial instruments or economic alternatives. By way of contrast, when European banks first emerged, their biggest clients were monarchs, and bankers won a place for themselves at the negotiation table. The Medici banking family ruled Florence for three centuries, and the Rothschild family (famous European financiers) had dealings with God’s spokesmen and money-borrowing nobility. As for China’s emperors, even when they were operating in deficit mode or living from hand to mouth, they were never able to obtain the help of banks. There was no conduit for dialogue or trading between commerce and power, or between the people and imperial authority. [italics mine][3]

The introduction of the “single whip,” a 1580 fiscal reform, didn’t solve the issue. It simplified the central taxes but left room for introducing far too many hidden levies and demands that eventually crippled the state by corrupting it.

Then, the story of silver is about China’s ineffectual taxation structure, the absence of a banking system, and the lack of representation of the people supposed to pay for the state. The system, reformed over the centuries, worked in normal times, but proved over and over again ineffective in times of dire need. Of course, it had its logic. China wanted to concentrate power in the emperor’s hands, freeing him from any traps.

But this also created a trap: None of the people with money or who had to pay taxes felt an excessive obligation to him and his power. They were at best indifferent to the fate of the emperor. If he didn’t guarantee the state’s welfare, prospective taxpayers could turn to the next bandit or the next foreign invader. In actuality, this has been the case for two millennia. It was a basic trade agreement, grounded in a social pact: The emperor provided basic security. The people expected to pay minimal taxes. If the emperor didn’t offer security or increased taxes, the people turned against him, favoring the next guy.

In Venice, conversely, in times of need for the Republic, people didn’t turn to the foreigner or the bandit, but stuck together. It was because they believed their wellbeing and future were vested in the Republic, and thus they invested their fortunes and lives (as they fought and sent their children to fight). Banks, bonds, and interests played a role, history tells us, but the roots are deeper.

Polybius sings the praises of Hannibal and Carthage, who in the 2nd century BC defeated time and again the Roman Republic. But the moral of the story is that Romans and their allies stuck together. Every time, new troops and new money were assembled to resist and eventually turn against Carthage. Conversely Carthage surrendered at the first grand defeat of its general in Zama. Polybius doesn’t explain to us the structural differences between the two societies.

Still, we clearly see that Rome had something that like Venice, 14 centuries later, bonded its people together to the point of making them risk their lives and their money. Like the warriors in the legion, or hoplites in the phalanges, they felt that if one of them gave up on his shield or on his spear, the whole army would collapse and the republic would fall. And even the people who were home, removed from the battlefield, apparently felt that way.

The lingering question then becomes, is modern China any different?

China’s great innovation in Deng’s times was the social pact after the 1989 Tiananmen crackdown. The party said to the rebellious youngsters: Get rich, don’t pay taxes, but don’t get mixed up with politics. It was coupled with Premier Zhu Rongji cleaning up the financial system in the mid- and late 1990s. It was all supposed to lead to the full convertibility of the RMB, implied with China’s accession to the World Trade Organization (WTO).

The full convertibility was first set for 2000. Then it was, perhaps rightly, postponed after the 1998 financial crisis, awaiting further “upgrades” and improvements to the Chinese economic structure. Yet, wrongly for sure, it was mothballed and forgotten ever since. China felt there was no need or urgency to change things that were working. At the same time, the US system, first with the failed invasion of Iraq, then with the 2008 financial crisis, and then with a string of botched jasmine revolutions, proved to Beijing’s eyes it was not working.

But the post-1989 social pact had a timeframe, especially since the RMB was kept not convertible. China grew more integrated into the global, open-market trade system. This created immense domestic corruption that has been addressed by President Xi Jinping, but also produced a bubble that can’t be sustained forever.

Moreover, the anti-corruption campaign broke the post-1989 social pact (get rich, don’t pay taxes, but don’t get mixed up in politics) without replacing it with anything else. In other words, the “wealth creators,” essential drivers of wealth and consensus in any society, can’t exploit the system to their benefit, as in pre-Xi China or in Putin’s Russia. The Chinese government has made coy and their companies have been largely put under the wing of the state.

They are also not involved in the running of the state in a “res publica,” like in the USA or UK, where “wealth creators” are divided about the direction the state should take to protect their interests or those of the other party. Democracy came out as an evolution to peacefully solve the political struggle between the parties, avoid bloodshed, and improve the transmission of ideas.

Moreover, officials, who can no longer line their pockets with bribes, now they are reportedly also taking pay cuts of 15-25%. Then both wealth creators and bureaucrats upholding the system have been reined in, and will not be happy.

Then where is the popular consensus in China coming from? Ideological nationalism can only go so far. The wellbeing of the people is tied to wealth creation and thus to the moves of wealth creators. Without the proactive push of wealth creators, people will eventually stop supporting the central government. Plus, China has hundreds of companies listed abroad and hundreds of billions of foreign debt (some think over a trillion). The Hong Kong stock exchange is exposed to foreign pressures.

Indeed, the fall of the Hong Kong market or a flight from Chinese stocks worldwide would trigger a global crisis, almost before the crisis of the walled-in Chinese market. But things could become sketchy.

How much debt does China have? Some $40–50 trillion US dollars? More, less? Nobody knows for sure, possibly not even the central government, because it is scattered in thousands of local government accounts and state or semi-state-owned companies. Default on loans could trigger the domino effect of the fall of thousands of other loans.

It’s all internal, the advocates argue. Yes, but paying off the debt depresses domestic consumption. De facto Chinese pay internal debt with their savings—i.e., with the spread between interest on deposits and on loans, high interests on loans, and profits on growing exports that are now clogging the international markets.

In other words, we are back to the old single-whip system; there are low official taxes but high hidden taxes. When the hidden taxes and the whole new system shrink economic activism by shrinking private enterprises, there is no new private investment and thus no new loans. Growth is pushed by state investment, which then has to push for more taxes, hidden or not, and more exports, creating further foreign issues.

The system then becomes both cumbersome and fragile. A dramatic drop in exports can send the Chinese economy spinning. Like the one happening now worldwide, a rise in inflation hits domestic consumption, investments, and exports. Covid accelerates it all and the failing policy of total containment of infection boosts it further. As ports and airports are shut, travels and movement of people are complex, and thus could cause a break of China from the global supply chain that, in turn, fuels further inflation.

This doesn’t mean the Chinese system is going to collapse soon. China is traditionally very resilient and full of ingenuity for plots and tricks to stave off the pending crisis. Modern China, furthermore, is made of survivors, who lurched through the Cultural Revolution and decades of merciless internal power struggles.

But the moment is the most serious since the 1949 founding of the People’s Republic.

On top of the internal situation, abroad China doesn’t have any real support. In 1949, it had the USSR. After the break with Moscow in the 1960s, it was unimportant in international affairs; neither of the battling superpowers, USSR or the USA, had time and interest to deal with China. After the 1970s, it had America. Now America is China’s adversary; other countries try their best to keep aloof, and Russia pledges friendship, but sells its best weapons to India and Vietnam, Beijing’s almost sworn enemies.

China faces internal structural difficulties, short-term political and financial issues, and growing international isolation, all multiplied by the vagaries of Covid. Perhaps something very radical is necessary, as we immodestly argued 15 years ago.[4]

Ms. Xu’s comprehensive study further adds to the argument by correcting it: Taxation is possible without representation, but only an ineffective and weak one. An effective tax system needs the comprehensive collaboration of all citizens who will have to feel vested in the state’s fortunes. Historically, a proven pattern to have people’s active support is to make them participate in the fortunes of the country. 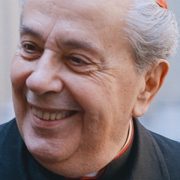 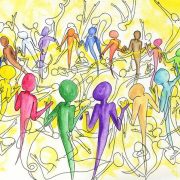 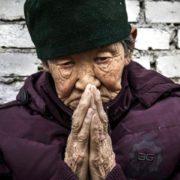 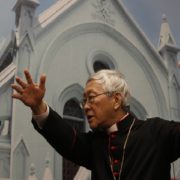