Can the Asia crisis expand, First North Korea then Taiwan?

There is a dangerous Taiwan twist in the complicated North Korean imbroglio, and it could stifle the air around China in the coming months.

It all started with Pyongyang flaunting its nuclear arsenal. In fact, its bomb makes it very difficult for South Korea or United States to defend against threats or possible attacks from the North. The specter of nuclear retaliation and the possibility of strewing the peninsula with millions of deaths gave pause to all military strategists. Even now that Pyongyang has stopped at least for now its macabre string of intimidations, the ghost of tacitly admitting North Korea into the nuclear club redesigns the whole regional balance of power.

In other words, if Pyongyang simply renounces the use of nuclear threats but doesn’t also scale back its nuclear arsenal, other countries in the region could follow its example. Taiwan could be one of them.

Taiwan is considered by Beijing an inseparable part of one China. This has created a situation in which Taiwan is de facto independent, but not so de jure. Actually if Beijing were to give up Taiwan, with a population of ethnic Han Chinese, then it could increase its issues in ruling the nearly half of the People’s Republic that is not home to ethnic Han Chinese, including Tibet and Qinghai (with large numbers of Tibetans) or Xinjiang (with a large Uygur presence).

Beijing fears that Taiwan’s next presidential elections in 2020 could be the stage for venting anti-Beijing sentiments and that could push the island to declare independence from the rest of China. The gesture could be seen as a provocation and met with the use of force by Beijing. China’s scholar Deng Yuwen, for one, has written eloquently about it.

Beijing in fact is gaining an overwhelming advantage in its traditional military arsenal and it is building up a vast array of short-distance rockets that could flatten Taipei. Taiwan is no longer just accepting this situation but it is brushing off its old Cold-War preparations to meet the new challenge.

Yet, if North Korea were to concede its nuclear arsenal, no matter how tacitly, the option for Taiwan could be to declare itself a nuclear power as well, and thus threaten Beijing with nuclear retaliation in case of an attempted attack.

So far the US has put a lid on this possibility and stemmed attempts by Taiwan to pursue a nuclear arsenal.

As early as the 1970s, Taiwan was trying to build a bomb, but Washington, concerned about Beijing’s possible reactions and keen on having China on its side against the USSR, stopped it by placing Taiwan under its nuclear umbrella.

This security arrangement hinged on what was then a growing trust between Washington, Tokyo, the other US allies in the region, and Beijing.

However if Washington cannot stop North Korean nuclear rearmament and if Beijing is not effective either, the area could be facing the reality of a permanent presence of a nuclear North Korea. And if all of this feeds fast-growing mutual distrust and suspicion in the region, then the first consequences could be felt by Taiwan. With mounting anxiety in Beijing about the possibility of an independent Taiwan, Taipei could decide to declare itself a nuclear power.

It could well create an irony as China would be cast once again in the conundrum it faced in 1950, at the beginning of the first Cold War. Then, China decided to assist North Korea in its war against the South and the US, and gave up on the possibility of occupying Taiwan, where the fleeing Nationalist government was barricaded and not openly defended by the US.

After the Chinese intervention in Korea, the US navy shielded Taiwan and has guaranteed its independence so far.

To avoid this set of difficult choices, Beijing then should not only stop Pyongyang from further escalating its threats, but it should also try to help disarm North Korea.

This is extremely difficult, if not impossible. Pyongyang sees the nuclear arsenal as an existential guarantee, and it doesn’t trust anybody, even China. Some Chinese are now toying with the idea of using Pyongyang to keep the US and Japan at bay.

But even the more level-minded strategists in the capital are very unclear about the political prospects of a militarily weaker North Korea. Could it survive the pressure from the South, Japan, and the US? And if it cannot survive, could this bring American troops closer to the Chinese border? Even if the US troops withdraw from the peninsula, would a reunified Korea claim some Chinese territory in the North East, now home of some 2.5 million ethnic Koreans,?

Moreover, what kind of relationship will the ambitious reunified Koreans seek with China? In the past 70 years, South Korea moved from being one of the poorest countries in the world to being one of the richest. Would they want to be a regional great power, as Japan once was?

All these questions are already very difficult to answer, and even more so if trust between China, the US, and some of its neighbors is unraveling.

This creates the political room for Taiwan to maneuver and pushes the island into becoming a nuclear power.

To prevent all of this, perhaps China should think fast and hard about moving out of the present political box. Yet so far all of this looks unlikely. 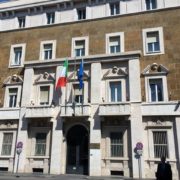 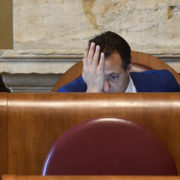 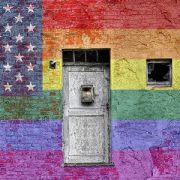 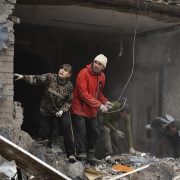