On the afternoon of September 22, 2018, the news of the signing of a provisional agreement between the Chinese and Vatican delegations on the appointment of the bishops immediately became the headline news all over the world. Especially in the Catholic Church in China, in addition to conveying the message itself, people began to express their feelings and opinions: supportive words and corresponding expressions, such as “big surprise”, “finally”, “not an easy course”, “thank God with prayer and blessings” etc., began to fill the internet spaces. At the same time, some disappointing and even angry statements and emotions, such as “selling out”, “surrender”, “disgusting”, and so on, have also appeared one after another. The most representative one is the short article titled The Announcement of “Having Nothing to Say” by Cardinal Zen, the Bishop Emeritus of Hong Kong. In addition to using the word “nonsense” several times, he also asks the Holy See «what people should accept and obey after all?». However, fortunately, he did not pat the table again as he did in an interview with Reuters recently while accusing the Secretary of State Cardinal Parolin of «not having true faith», «being only a secular and excellent diplomat and should resign for his grave mistakes» and so on.

In the face of a historic but sensitive diplomatic move, it is expected that it will cause global attention. People with different backgrounds and positions will of course have different responses, interpretations, and perceptions. Over the years, the disputes and even quarrels surrounding the possible agreement were numerous. No matter how difficult the “labor” process had been, nor how many disputes and quarrels had happened, now the “baby” is born, the parties concerned can only face a “post-agreement era”: joyful embrace, indifference, strong rejection, and total abandonment are all possible choices. For me, the reasons why the China-Vatican provisional agreement has become the focus of global attention and the hotly discussed topic can be said as the following:

First, although the agreement in theory is simply a diplomatic act between the two States of China and Vatican (don’t forget, the Vatican is a sovereign state, although the area is only 0.44 square kilometers, the population is less than 600 people), and the signing officials from both sides are only of the level of deputy ministers from the ministry of foreign affairs, its symbolism and representation far exceeds the two countries in the ordinary sense. On the one hand, when China signed the agreement, it actually recognized the Vatican as a sovereign state headed by the Pope, and the Universal Catholic Church with the Pope as the highest shepherd. At the same time, it gave up the principle and position that «foreign forces must not interfere in China’s internal affairs» (the appointment of the bishop is regarded as one of «internal affairs») that had been firmly held for the past 60 years. That is to say, the Vatican and the Chinese Catholic Church can communicate openly in the future, instead of «secretly getting in touch» as in the past so as not to anger the Chinese government and not to bring trouble to certain groups and individuals of the Catholic Church in China. Therefore, on the other hand, we can say that the agreement is not a “State and State” agreement, but a “State and State+Catholic Church” one. This “Church” naturally also includes the “Church in China”!

Secondly, since the above agreement is between “(Chinese) State and (Vatican) State+Catholic Church”, China has actually signed agreement with Catholic Churches in the world that are in communion with the Pope. The number of Catholics around the world is close to 1.3 billion, not far from China’s 1.4 billion population. Although the Catholic Churches of various countries are not the government of that country, through relations with Churches in various countries, China has actually built links with countries with Catholic Churches through the non-political, non-economic, non-diplomatic, and non-military channels. By no mean can this be a simple act of the two States. For this very reason, the Vatican is not signing an agreement simply in the name of the “Vatican City State”, but is leading the global Catholic Church and even many other religious groups to change its relations with China. If a government and other organizations would have liked to establish good relations with China, this would create opportunities and conditions for them. If the opposite is true, the Vatican would have created troubles for them. Again, by no means can this be ignored by other countries and organizations like what they do with the simple two-state act.

Thirdly, following the signing of this agreement, both Cardinal Parolin, the Secretary of State, and Greg Burke, the Director of the Press Office of the Holy See, stated that «the nature of the agreement is pastoral, not political», «it is a beginning, not an end», «it’s aim is to help the Catholic Church in China to achieve harmony and unity, having Bishops both in communion with the Bishop of Rome and recognized by the Chinese authorities». However, regardless of the position and starting point of the Vatican, for those organizations and individuals who only know how to use political and ideological microscopes to see everything, they will still judge it from a political and ideological perspective. Therefore, those organizations and individuals, including some governments and religious figures, who believe that the signed China-Vatican agreement “has touched their political and ideological cheese”, will for sure shout out loudly: «Behold, the wolf is coming, but the shepherd is selling out the flock…». It is against this background that the Pope and the Holy See under his leadership, who have always been regarded as a defender of morality and justice, have become the object of many people’s angry criticism: «We value and trust you so much, but you have let us be greatly disappointed!».

All in all, although the agreement has been talked about for a long time, and the parties concerned have been waiting for a long time as well with different moods, the official signing of the China-Vatican Provisional Agreement is considered to be “the indicator” of diplomatic ties between the two. At least it shows that what the spokesperson of China’s Ministry of Foreign Affairs had repeatedly said over the years (“The contact and communication between China and Vatican is open and effective!”) was not merely to play around with the reporters. It also shows that Pope Francis and the Holy See have been taking China’s Church affairs as a top priority, even in face of many pressures and risks. For this reason, they deserve our respect and gratitude! I can understand the feelings of those who feel that they have been “sold out” by the agreement, and can also emphasize with their inner sadness. But I cannot accept the attitude of those organizations and individuals who seem to support and care about the Church in China, but in reality are utilizing the situation to obtain their hidden goal and agenda. This is nothing but exploiting the pain of the long-suffering victims, just like the former Papal envoy to the United States, Archbishop Viganò and the forces behind him, who had openly asked Pope Francis to resign!

A few days ago, a friend in Europe asked me through WeChat about the “interpretation” of the agreement that might be signed. I answered her this way: «Both the international and domestic situations are changing rapidly and making people feel dizzy and disoriented. But this just shows that the wheels of history are rolling forward, no one can reverse them. The surfers of the times is to move with the waves, going along with the tides of nature, instead of going against the trend or sitting still till death comes… The evolutionary process is equally applicable to social life, not just in the biological world!»

Now that the agreement has been signed, my “interpretation” remains the same! 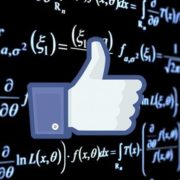 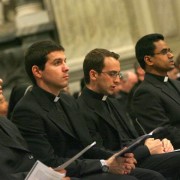 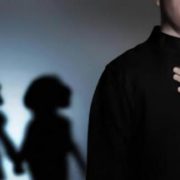 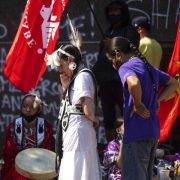 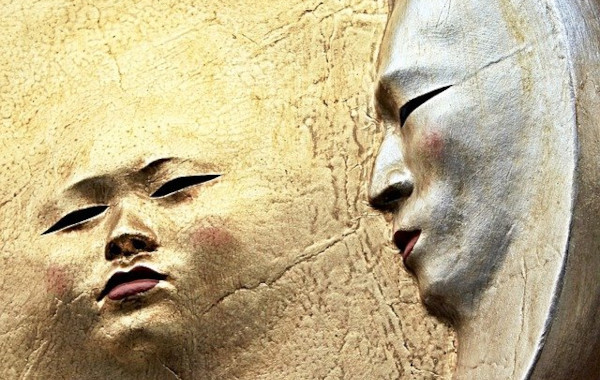