The crisis between United States and China over trade is perhaps already spinning out of control as China defiantly imposed new counter tariffs in the trade fight against the United States.

The two economies are accumulating damage to each other, and even if a solution were to be found now, recovering from this injury would be very hard in the next few months.

The two sides are, in the short term, playing to their own constituencies, and in this US president Donald Trump has a stronger hand.

For Trump, it is in fact a win-win situation. If China buckles under his pressure, Trump can claim that he brought Beijing to its knees after decades of failures by his predecessors. If China is bold and pushes back, then Trump has a perfect war to sell to the American public in the future elections. Trump can claim that he has to stave off China for all its endeavors to damage America’s trade and economy. In either case, he has a good campaign argument.

Chinese president Xi Jinping’s lot is different. Yes, Like Trump, who is facing strong opposition due to the FBI investigation and the Democratic challengers, Xi is under siege by rivals who challenge his position and most importantly his anti-corruption campaign. But Xi’s opposition, because the Chinese system is not transparent, is also murkier and more insidious than in America.

Millions of minor and important officials are dragging their feet or openly against Xi Jinping’s concentration of power, which has deprived them of money and clout over the economy. In this situation, however, facing a trade war from the US, it is hard for anybody to openly oppose Xi. So there is an internal stall.

Secondly, after a deal or non-deal with the US, people can claim Xi was too weak or too hard and then can blame him either way. However, being head of the party, Xi Jinping can call all of the party out, pushing them to biaotai (to expose their attitude), and perhaps, being a very clever operator, he has already done it.

He can call an enlarged meeting of the Politburo with 25 members and perhaps some advisors, bringing in the 50-60 most important people altogether, and ask them to openly declare their position on the ongoing China-US battle.

In this way, it would be very hard for any leading party member to declare himself in favor of “surrendering” to United States. The party did the same at the end of the divisive Tiananmen crackdown in 1989, calling on officials to close ranks and openly rally under the flag despite past differences, as a recently published document shows.

In the Communist Party, where nationalism has a far stronger appeal than the call for unity of workers around the world, one can speak privately about the need for settlement, but openly calling for a conciliation with a foreign power would be tantamount to betrayal. Then whoever called for compromise, without a strong argument, could be cast under a shadow as a possible “foreign agent”.

For party officials, the first goal is not to push for the country’s best policy, but for their own political survival. Then it’s easy to think that if Xi called or is going to call such a meeting, he would have everybody’s backing for tough measures against the United States, and with this statement, Xi Jinping can safely act with the US, without too much fear of backstabbing. He can brush off whatever American demands… or try to be conciliatory within certain limits.

The White Paper on the trade war, presented on June 2 leaves room for negotiations as the two presidents are to meet in Japan on June 28 at the G20:

«The two economies are bound in a union that is mutually beneficial and win-win in nature. Equating a trade deficit to being taken advantage of is an error. The restrictive measures the US has imposed on China are not good for China or the US, and still worse for the rest of the world. (…) The trade protectionist measures taken by the US go against the WTO rules, damage the multilateral trading system, seriously disrupt global industrial chains and supply chains, undermine market confidence, and pose a serious challenge to global economic recovery and a major threat to the trend of economic globalization. (…) A civilized country turns to forceful measures only when gentler approaches have failed. (…) The Chinese government rejects the idea that threats of a trade war and continuous tariff hikes can ever help resolve trade and economic issues. Guided by a spirit of mutual respect, equality and mutual benefit, the two countries should push forward consultations based on good faith and credibility in a bid to address issues, narrow differences, expand common interests, and jointly safeguard global economic stability and development».

China is arguing that the burden of the trade war on the US and on the world will be on America. Moreover, China presents its case by arguing against the US attitude and not delving into the actual demands. Beijing says it is willing to talk provided it is not being humiliated.

Perhaps here there is also a misperception in China about what is going on in the world. In the US, many people oppose Trump’s policy on China. They say that his attempt to strongarm China could backfire on the president’s main asset to appeal to the voters: the booming economy. An open declaration of a trade war with China could in fact rapidly grind the boom to a halt.

Yet, these critics may discount the other card Trump could use in upcoming elections: «China, with its defiance, is trying to attack the American economy». And this may work just as well.

In any event, commerce is not the whole story. Even if the US were to accept a compromise with China, this could well be just a stopgap measure. In fact, the level of distrust, antagonism, and claims against China both in the US and in the whole Western world goes well beyond the trade issues.

In Europe, for instance, many countries and many people have strong objections to the US trade strategy vis-à-vis China and vis-à-vis the rest of the world. However, all share a deep distrust of China and Chinese methods which has been gradually growing in the past decades.

Trump may be considered unlikable and even despicable in Canada, Mexico, Germany, or UK. However, China has not just president who might be objectionable, but also has a long array of issues irking the public of these countries on many levels. This cannot be addressed by signing an agreement with the local top leaders.

There is the crackdown on Muslims in Xinjiang, the crackdown in Tibet, the arrest of the lawyers and democracy activists, the new laws stifling democracy and freedom in Hong Kong, new policies with Taiwan, etc. In sum, the hope that China’s system would evolve and get more in line with Western democracy has faded and been replaced with the perception of a nation that refuses aspirations for liberty and democracy, concepts commonly accepted by developed countries. China, because of its size and impact in world and economic affairs, can’t be held in a limbo of “hope it can turn like us” any longer.

That is, even if US and China were to find a compromise by August 19 (the latest ultimatum before a new round of tariffs), this would not withstand or reverse the growing tide of anxiety large parts of the world have about China.

In other words, many countries in the world have different opinions on US tactics and ways to cope with China, but there is deep agreement on the fact that China has to be handled with extreme care and one should seek cooperation with Beijing.

Then, the long-term damage to China and the world from the present fight is difficult to fix unless Beijing addresses the root causes of the problems. American demands may be too rash, American diplomats may not be very tactful, and US overall may not be the best interlocutor for Beijing. But the root problem is not the American attitude. The deeper issue is that the Chinese economic and political system de facto challenges the present global order, however much one may like or dislike it (see also War or Peace Around China).

That is, presently, the root problem is that either the world accepts the Chinese system, and therefore the proposition that the world should be divided into a cluster of competing independent countries each seeking its own benefit in exchange for another country’s individual benefit, possibly at the cost of a global interest; or the world accepts the idea that a mutual common global benefit could be sought, where all markets are relatively free and all political systems are also relatively free.

In some ways Trump’s principle of “America first” is also supporting the Chinese position. The popular slogan has in fact two meanings. One is internal, playing to the people who felt impoverished by the US international activism; and one is external, where the needs of other countries have to be considered after the needs of America.

But no matter what Trump may want to achieve, there is a common international order established by the US at the end of World War II and reinforced at the end of the Cold War. This order is not as strong at 70 years ago, many international institutions, built by the US are weakening (see also Chas Freeman On Hostile Coexistence with China California, 3 May 2019) but the order is still existing. If China openly tries to establish a different order in alternative to the present US dominated, it will force all the countries to choose between the two or being clearly neutral – as it was during the Cold War with the USSR.

In all of this, the crux of the matter is very different from what the Chinese leaders feared after and during the Tiananmen protests 30 years ago. Then leaders denounced evil Western plots to topple the communist rule in China. Now the issue is not anti-communist foreign or Western influence, no matter how some Chinese or non-Chinese may like to cast the issue. The problem is that the present economic and political system, widely accepted in the world, is at odds with the system operating in China and if Beijing openly challenges this order there will be a new cold war.

Could Xi Jinping, with stronger internal backing, be ready to address the root causes? Going for the Cold War would be easier internally and in the short term. In the medium and long term will impose uncertain costs to China which could cripple and ultimately crash the country and the party. But choosing for massive reforms now to avoid long term costs could be also very difficult.

Xi is trying to navigate in these waters and hopes to get something from the US that could address both short and long term concerns. He managed to do it with the Holy See on religion, but of course with politics and economics it is very different. 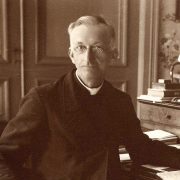 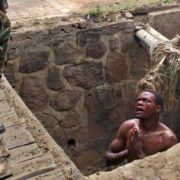 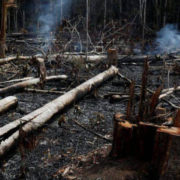 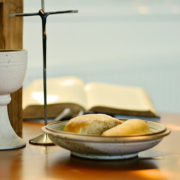 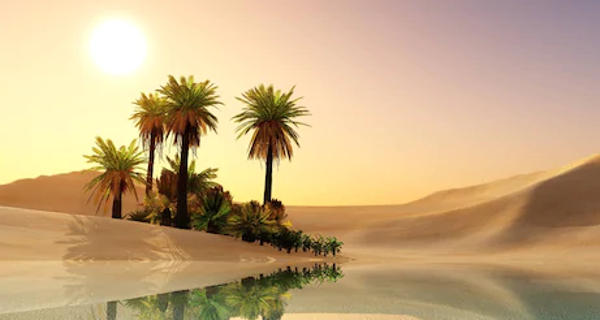