Despite devoting considerable attention to the Pyongyang-Washington negotiating foreplay, the US media has consistently omitted three major factors: the crucial role of SK President Moon Jae-in, secondly the US-SK military “exercises” aimed at the North, oddly named Foal Eagle and Key Resolve, and thirdly the dramatic disparity between the antagonists in size and power. How should these omissions be explained?

A careful observer will not fail to notice that it was President Moon who played the leading role in bringing about the prospective negotiations.  True to his campaign promise to revive the Sunshine policy of re-opening relations with the north, Moon has been the leading force for peace; it was Kim’s positive response to his initiative that led to the current relaxation of tensions.  Moon’s predecessor was a willing accomplice of Washington’s aggressive posturing, a fellow traveler like PM Abe of Japan, so to speak, but her subsequent corruption conviction and legal penalties have dampened her faction’s militancy.

Neither did the easing of tensions result from sanctions, economic pressure of dubious legality that the North has coped with and survived for decades thanks to its people’s fortitude and the cautious support of its regional allies.  The surprise turn toward peace, so dismaying to the US war factions, did not come about from the endless string of dies irae apocalyptic threats emanating from Washington and dutifully echoed in Tokyo.  Rather the new overtures show that the North is now in a position to defend itself at a level the South and Japan can no longer risk.

Moreover, China has shown itself to be a pillar of stability and a driver of development while Washington’s erratic behavior make its militarist antics less appealing than ever, as Moon’s election and the grumbling of South Korea’s war factions show.  The Korean people like the Okinawans have had enough of Washington’s ill-conceived if not paranoid designs, in which every corner of God’s earth is “strategic.”

Aside from broad popular support for reviving Sunshine, Moon was also motivated by angry citizen protests against the installation of (yet more) US missiles, allegedly for “protection.”  Such mercenary bonanzas principally divert tax funds to US military contractors.  By getting the planned deployments scaled down President Moon clawed back for his country a modicum of its lost sovereignty (embarrassing Japan, which has never regained its sovereignty).  North Korea of course is a sovereign nation answerable to no other, the envy of both the South and Japan.

The second major omission from Western media is the role of the war exercises.  Violating the UN charter and the US Constitution US-SK forces ritually stage “invasion” scenarios supposedly to “send a message” and assert their “presence” to intimidate Pyongyang and other regional capitals.  Mainly these costly bonanzas, which pollute air and water, are another a gift to US military industries.

Though meant to fortify the US position in Asia the environmental damage and the cost to US prestige outweigh the supposed effect of the “messages.”

Mere weeks ago these war “games” were at the front and center of the US-NK conflict, but President Moon skillfully managed to have the exercises, which had been ramped up recently, postponed and then scaled back to earlier levels (or not, reports conflict).  The games remain a handy way to escalate tensions.  Again the President is responding democratically to the wishes of most Koreans tired of serving as sacrificial pawns in Washington’s strategic “games.”  Prudently, in view of the disparity of the two states (US and SK), Moon credited Washington with playing the main role, so that it would not look sidelined.

Another curious reversal concerns China.  Not long ago the media and officials were insisting that China had to step up and take the lead disciplining NK.  Now China has been “disappeared” so that Washington can take all the credit and Pyongyang can be made to look humbled by US might.  Actually China had insisted that the problem was between the US and NK and that it was up to them to settle it.  This significant detail has been replaced by dubiously sourced speculation (widely replicated) that the US and NK have “sidelined” China, with a brilliant gambit that has confounded Beijing.

This brings up the final point that media reports choose to overlook, though it would strike the most casual observer as most salient.  The size and power of the US economy and military resources dwarf the economic and military capabilities of the North.  And yet, as in the latter part of the Korean War Pyongyang has held Washington to a standstill.  North Korea won the Korean War in its own judgment while Washington has had to content itself grudgingly with a draw.  Given a contest between Godzilla and Beanstalk Jack that’s a pretty impressive outcome.

It would be gratifying, whatever the risks, if more writers allowed a public platform were to take serious notice of the above-mentioned points. In general the major media has taken a jaundiced if not hostile view of negotiations with NK, partly perhaps because the mere prospect reveals the inadequacy of their journalism. 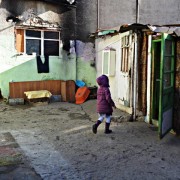 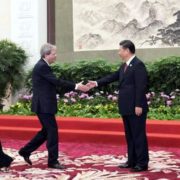 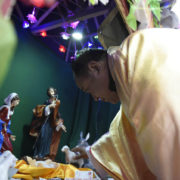 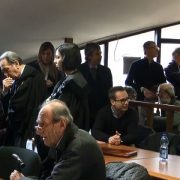 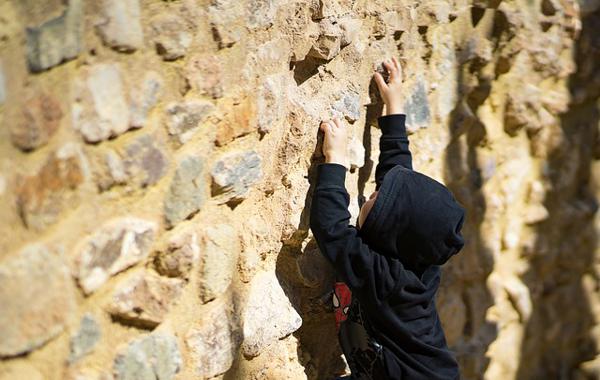