Dismantling checkpoints at Panmunjom is a clear signal that Seoul and Pyongyang want to move ahead with their own meaningful steps toward a peace process and eventually a treaty, reunification, and economic development.  This is anything but music to the ears in Washington, but the reaction in Tokyo is ambivalent.

Having long learned their place under Washington’s thumb, Japan’s leaders have been more hawkish than the US’s in responding to Korean developments.  But neither does Tokyo want to be left on the side in the event that the doughty Koreans are able to push the Americans out of their way and recover their rightful sovereignty.

One suspects that among Abe’s concerns on his recent trip to Beijing was that a unified Korea might become more of a challenge than an asset to Japan’s regional economic and military ambitions.  Furthermore, if Tokyo wants to have mutually productive relations with a Korea that remembers World War Two and its long history of being colonized by Japan more intensely and precisely than any other nation but China, it will need to receive a thorough koshering by the Chinese.  The Chinese blessing is all the more necessary since so many in the region see a Japan still unrepentant for its 75 years of aggression (1872-1945) and then tainted by its mercenary role in servicing US war operations in Korea, Vietnam, Cambodia, Laos, and earlier in China’s civil war (1945-1949).

As things now stand most of Washington’s foreign policy establishment is sticking to its distortions of the agreements drafted with Pyongyang.  The two sides agreed to take reciprocal steps toward denuclearization, not as Washington and its unthinking media monitors claim, for the North to strip itself of all its nuclear defenses before it can expect any relief on economic pressures organized by the US and confirmed by the UNSC.

The question is, why has official Washington taken no reciprocal steps in response to Pyongyang’s cancellation of tests?  Washington, for example, could ease off on sanctions and / or commit to reduction of its own (nuclear?) forces on Guam or Okinawa or the ocean – on or under.

If Washington keeps moving the goalposts why should the North’s neighbours play along with such games, which threaten the peace and stability of the region, something Washington claims to be interested in maintaining?

One cannot help recalling Washington’s determination to block the unification of Vietnam in 1954-1955, when after installing the hapless Ngo Dinh Diem as president of South Vietnam in a fake election, it ordered him to reject the promise of national elections agreed in the Geneva settlement of 1954.  In that same year Washington signed a defense treaty with Taipei that consolidated the division of China and Taiwan and headed off any reconciliation of the Nationalists and the Communists as Zhou Enlai was urging in the halcyon interval between the two Taiwan Straits crises.

This is the time for the UNSC to stand up for the reconciliation of the Koreas and to rescind its approval of Washington’s as well as its own unjust sanctions , which injure the human rights of the people of North Korea and hinder the peace process. 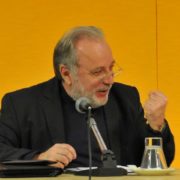 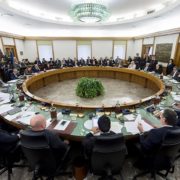 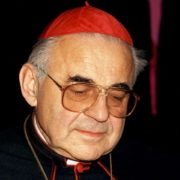 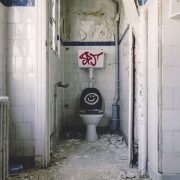