World War I, the unravelling of the European world order and of its colonial system didn’t start in the old continent. It came in Africa, where late comers to preeminence, Germany and Italy, felt excluded in the conquest and exploitation of the continent while Great Britain and France had taken almost all. Could it be the same thing now a smaller scale for the European Union (EU) over Libya?

Could the Union slip, fall, and definitively crash over the ongoing mess in Libya, the main conduit of millions of migrants from Africa to Europe?

The possibility looks very far-fetched from the vantage point of the many concerns of the EU. The Union is already bogged down by treasury bonds with diverging interest rates in member countries, the threat of an explosive hard Brexit, former Eastern European countries becoming short-tempered about Brussels’ tedious norms, et cetera. Fights in Libya between competing self-proclaimed generals is the last of its problems, or not?

But then, a failing state, a basket of sand and oil contended for by some 50 tribes at constant war with one another, Libya lives now on the modern slave trade of African migrants impatient to move to Europe. This is something that, right or wrong, many political parties in Europe see as the single largest menace to the stability of the old continent.

In recent times, Italy, which for over a century has been the direct power or the main indirect influence there, and is losing ground in favor of a coalition backed by France and Egypt. According to Italian newspapers, this is close to a national tragedy.

Italy is missing out on potentially billions in contracts for oil extraction or reconstruction to French competitors, some commentators cry, and thus they whip up anti French sentiments, fueled also by ongoing controversies on the handling of migrants. From Rome, it sounds like a major Paris’ conspiracy, something that undermines French-Italian ties, a EU cornerstone.

Yet since the fall of Ghaddafi in 2011, Italy has claimed “special rights” over Libya without being able to stabilize the country and stop the civil war that in turn makes Libya open to the modern slave-migrant trade.

Now French President Emmanuel Macron may be aggressive and only attentive to his country and not to the wider interests of the EU, and Matteo Salvini (Italian minister of the interior and leader of the League, in charge of the Libyan dossier) may be oblivious or unfamiliar with foreign politics, but there are perhaps wider issues to consider. The main goal perhaps should be to have a long-term stabilization of Libya for the solidity of the EU. Can Italy create it? Can conversely France provide it?

North Africa posed similar questions in the 19th century, then the thorn was Tunisia. In 1830 the French took over Algeria and started putting pressure on Tunisia, which was under the suzerainty of the Turkish empire, although with growing investments and interests from Sicily, then part of the Kingdom of Naples in southern Italy.

In the 1860s France, Italy (established in 1861, following the annexation of the Kingdom of Naples by the Savoy Kingdom in Piedmont), and Great Britain (which had taken over Malta from Sicily in the Napoleonic Wars) expanded their clout over Tunisia.

When Tunisia went bankrupt in 1869, the three powers basically took over. At the time Italy was possibly the most influential in Tunisia because of its investments and flow of settlers from its neighboring south. But in 1881 France invaded Tunisia and expelled the Italians.

The Italians felt wronged. Yet with hindsight they had failed to see the bigger picture. The British in Malta didn’t want Italy to take control of both sides of the Mediterranean with a hold on the middle of the sea. Their position in Malta would be squeezed.

Moreover, both the French and British knew that Rome’s conquest of Carthage (in modern Tunisia) in the second century BC had been the premise for Rome’s control of the Mediterranean and its global empire. Why then should two established powers be willing to give up their positions to upstart Italy? Paris and London agreed on a split: France would get Tunisia, and in return Britain would wrest Cyprus from the Turks.

In the same years, Prussia, under Chancellor Otto Bismarck, managed to unite, marginalize, and then defeat Austria, for centuries the main power in Germany, with a mix of diplomacy and war. At the end of the process, in 1870, Prussia was the strongest country in Europe, able to defeat France, for over two centuries the continental superpower.

Nothing like that happened in Italy. In 1870 Italy put an end to the Pontiff State around Rome, and moved its capital there. But for over a decade, after 1861, Italy fought a vicious anti unitary insurgency in over half of its territory which felt betrayed and left out with Piedmont’s new ruling class. Meanwhile, it failed to win Austria on its own (Prussia won it for Italy), and siphoned resources from the south to the north, building grudges and creating social and economic unbalances lasting until now.

It was very much different from Prussia, which managed its German unification almost effortlessly in comparison.

In sum, Italy lost Tunisia to France in 1881 because it was weak at home, and it didn’t cobble together a political design and “narrative” to gain alliances abroad and solid consensus at home.

Perhaps it is all similar to the situation of Italy with Libya now. Behind France there is Egypt, always looking into recovering directly or indirectly Libyan Cyrenaica, which was once under its control. There is also the UK, possibly the US, and maybe even Russia. Moreover, Macron, the new potential custodian in Libya after seven years of Italian failures, may have a plan to stabilize the territory, maybe by splitting it into different areas of influence and thus conceding to ambitions of neighboring North African countries.

This would marginalize Italy from Libya, which Rome had conquered in 1912 and kept under its wing until now. Anyway, Italy, despite its economic size, is a political lightweight; therefore it is unlikely that Rome will break with Paris and the EU over Tripoli.

But chaos in Tripoli could stoke the fire of rising tensions about Italian “delinquency” on its debt/GDP ratio, hovering above 130%. There is already mounting controversy on Italy for its new budget law, which should be approved around October 15, and which could cause friction with the budgetary limits imposed by Brussels. The new government needs jumpstart growth with investment and yet shackled by EU deficit constraints.

Plus, if after the “French takeover” of Tripoli the new Libya doesn’t stop the flow of refugees, who mostly end up in Italy when leaving North Africa, Rome could directly blame Paris for its immigration problem, and this would be one more issue ripping apart the EU.

Then, the new political geography of Europe in the next few months leading to the 2019 elections of the European parliament could be the following: Italy and France, openly or not, will not reconcile themselves with one another over Libya.

The UK is set on its course, and with or without Brexit London is spinning out of the main EU trajectory, while eastern European countries have their own agenda, putting their national interests before the European ones. After all they remember too well just a few years ago the Soviets used lofty ideals to squeeze these countries.

In sum, the EU will be falling apart, just like the German principalities before the Prussian takeover.

In all of this, only Germany can take the lead and set in motion a new union, or better give the union a new sense of purpose. It is the largest country in the continent and the one more vested in the success of the EU. Without the EU, its market, its currency, Germany would be shattered.

It is somewhat like Prussia almost two centuries ago in Germany, without the necessity to get into wars or expansionist drives, and conversely keeping the US, for decades the midwife of the EU, very close to developments.

Germany perhaps needs to be able to take the lead and think of the union before itself. If it doesn’t Berlin could lose itself with the loss of the EU.

If present Prussia/Germany wants to get the EU (which would be what Germany was for Prussia) out of this mess, it needs to have a new leader with the necessary vision, like a new Bismarck with a project relevant to this time.

The present is gone, buried in the Libyan sands. Berlin can’t any longer drag its feet on safeguarding its own financial stability, ignoring all the other problems outside of its borders.

Yes, the project and the leader are not there, but the time is now, because Libya and the Italian weaknesses may trigger an explosion of the union from which it could be impossible to recover. 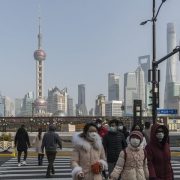 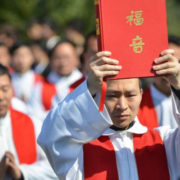 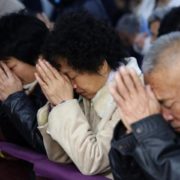 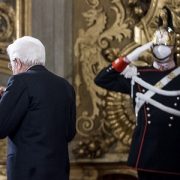