The present US-China trade row is spinning in many directions, despite the 90-day truce agreed to by presidents Donald Trump and Xi Jinping on December 1 in Buenos Aires. The agreement was accompanied by the arrest of Chinese company Huawei’s CFO Meng Wanzhou in Canada for alleged violations of US sanctions against Iran and the subsequent retaliatory detention of two Canadians in China, ex-diplomat Michael Kovrig and sports trainer Michael Spavor.

From the Chinese side, Meng’s arrest looks like a threat to Chinese businessmen with something to hide against traveling to countries close to the United States. Therefore, the detention of the two Canadians is meant to intimidate those US allies: if you take our people at the US’s behest, we will take your citizens in China.

Looking at these developments from outside of China, while the detention of the two Canadians might help with Mrs. Meng, it also spoils a lot of the atmosphere in China. Ethnic Chinese holding foreign passports are becoming reluctant to go to China for fear of being put under pressure or being apprehended as bargaining chips in any tiff with Beijing. That is, the row between China and the United States is moving out of the bilateral framework and beyond just trade issues.

The Chinese present goal is somehow to cleave Canada slightly away from the US embrace and to do the same with other US allies, for instance European countries. The US conversely shows that its reach is well beyond its borders.

All of this shows clearly the contours of something that had puzzled and confounded China for many years: what is the world really to China? What are the differences, really, between international institutions and American institutions? These differences sometimes are not too clear, as a recent Rand report details.

This might also be because of the different structure of the two mindsets in China and in the West. China is a monolithic structure, where ultimately the emperor decides everything, while Western states have a tradition of a complex cobweb interrelations basically on the same level (see also SettimanaNews). In the differences of mindsets, there are misunderstandings.

For China, all could be simply understood as variations of the same theme: it is a U.S. dominated world. Yet until recently the “variations” could be played against one another; now with the present row and its escalation to arrests, will this be possible? Will the West, and thus the world it dominates, slowly coalesce around China? Will China be able to carve itself international breathing space large enough to allow it to continue to grow in the next ten to 20 years?

Past Centrifugal and Centripetal forces

In many ways, it was a challenge similar to what China was facing internally some 25 years ago. Then China was torn by centripetal and centrifugal forces[1]. To maintain a unified China, Beijing had to start centripetal forces against the active centrifugal forces that were pulling the country apart. Somehow the situation is the same with different choices. Similarly, China has to start centripetal forces to keep in the loop of the rest of the world or it will be cast aside.

We already argued that the present row has historic roots and that thus China somehow forgot its own traditional medicine, telling it to cure the disease that has not yet started. That is, Beijing needed to see 20 or ten years ago the beginning of the problems pressing now. Like many sick people in the West, China was oblivious to the growing symptoms and woke up to them now that they are life-threatening. Therefore, now it is left with Western medicine: the life-threatening surgery of joining the Western world or pulling apart from it.

In theory, China could also become the new center of the Western world, but for this it would need to deeply transform itself by modernizing/Westernizing; or it could impose Chinese values on the whole world, something that at the moment looks even more difficult – it would take even longer than Westernizing China. For both the issue is finding a “story” that is convincing for all the world or part of it.

The history of the 1990s, when China managed to defeat the centrifugal forces perhaps can be of help. Briefly, in the mid-1990s the convincing story for all of China to stick together was based on many aspects.

There was the SOE (State Owned Enterprises) reform, which transformed SOEs from instruments of state welfare into economic power centers. This reform pushed development rather than dragged it, and eventually hijacked central political decisions. Moreover, privatization of houses turned some 90% of Chinese into members of the middle class, with a stake in stability and not simply their chains to lose. Stopping state (mainly from the People’s Liberation Army, PLA) smugglers and joining the WTO provided clear trade and financial structure. Urbanization broke down the century-old division between rich cities and the poor countryside and boosted the development of a large middle class.

All of this was supported by the US and based on a financial overhaul that closed many of the black holes of illegal currency exchanges dominating China at the time. Many currencies were practical tender in China at the time – namely RMB for foreigners and for Chinese, US dollars, Hong Kong dollars, Taiwan dollars, and Japanese yen – all with different exchange rates in different parts of the country. Nationalism also played a role, and like other elements of this old story, for instance SOE reform, perhaps now it is time to rethink it.

These reforms pulled China together and eventually also drew the world more toward China, and brought us to the present situation.

The Belt and Road Initiative in theory embraces the world, yet it does so by rejecting 500 years of history and the centrality of the American continent. Trade through Central Asia in fact was gradually marginalized and virtually disappeared after the discovery of America. Then for BRI to be successful and not disruptive in the present world order, it has to be pushed through with tight coordination with the US, and not by ignoring it. The simple lack of clear focus helped to create the present mess.

The 2025 industrial plan is similar. If China wants to be rich, that is fine, but if it doesn’t care whether other countries in the meantime become rich or poor, or whether they are excluded from the plan, which is supported by state resources that can be distorting global market rules, it will be a mess. Plus, this massive expenditure of state resources to make China technologically self-sufficient is against the spirit of the WTO and of the US supporting China’s entry into the WTO. Again, this is making enemies for free, because to try to ram through the US-centered world order de facto isolates China.

In other words, these two initiatives are carried out as centrifugal and unintentionally isolate China. It is as if the Spanish liked the idea of Columbus sailing west toward the Indies but gave the caravels to a peasant whose navigation experience was rowing in the Mediterranean. They would never reach America.

Furthermore, the reforms that worked 20 years ago need massive readjustment or they are going to turn the state upside down. The SOEs, with their own logic and driven by short-term gains, are to reform or take over the state, hijacking state priorities. Marxists talk of the state in capitalist countries being hijacked by capitalist groups; similarly, China’s opaque system is being carved up by obscure fiefdoms made by self-righteous SOEs that don’t care about overall China’s interest, seek only their own profit (a mix of real money and bureaucratic well-being) and simply do not understand the rest of the world. Either they take over the state, as some people around disgraced Chongqing party chief Bo Xilai were arguing around 2010, or they have to be cut down.

Similarly, private companies, which grew out of the early privatization of housing, must either expand or backtrack. Now they are shriveling, caught by the end of the old model of patronage behind a mighty corrupt politician, and without political blessing they know they can be picked off one by one by new political leaders. But they are still there. Meanwhile SOEs have expanded without taking over the state, and private businesses have retreated without disappearing, leaving China in the middle of nowhere.

In all of this, nationalism, which spiced up things in the late 1990s and helped to rebuild national confidence at the end of the 1989 Tiananmen protests, has grown into a beast of its own. Yet it has not taken over. Again, either nationalism will be persecuted, or it will bring a clash with the rest of the world.

In theory, China needs modernization of its production system and its SOEs and integration with the world according to present standards – or China must manage to successfully impose on everybody else its own standards. Plus, they need transparency in the decision-making process. Without any of this, China pushes itself in a corner.

Game on for consensus

The game is on, and an old Chinese tool to attract global consensus (the lure of its immense market) has dulled. In early December, US National Security Adviser John Bolton argued that forcing China’s opening will create far greater business opportunities than the few dangled by Beijing so far.

They tell US business people, at the end of this war, you will have more money from China and you don’t have to be happy with the present crumbs. This is a very serious narrative, because it eliminates all the power of the Chinese government to say: avoid war and you will make money. Washington says, support the war and you will make even more money.

The US passed to China lots of sensitive technology and opened the world to Beijing’s trade, thus proving that it had nothing against China being rich and strong, contrary to the narrative of some of Beijing’s hawks.

Moreover, now China is rich and realizes that in a confrontation with the US it has a lot to lose. Thus they might be willing to compromise, contrary to 20 or 30 years ago, when the Chinese people were poor and had nothing to lose but their chains.

If past policies were perhaps basically right, is the issue maybe the future?

Again, like 25 ago, either China helps the world to grow bigger together, or it isolates itself. 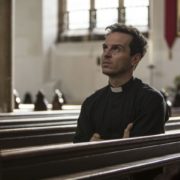 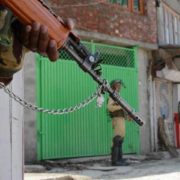 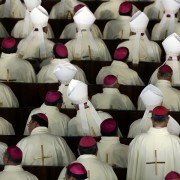 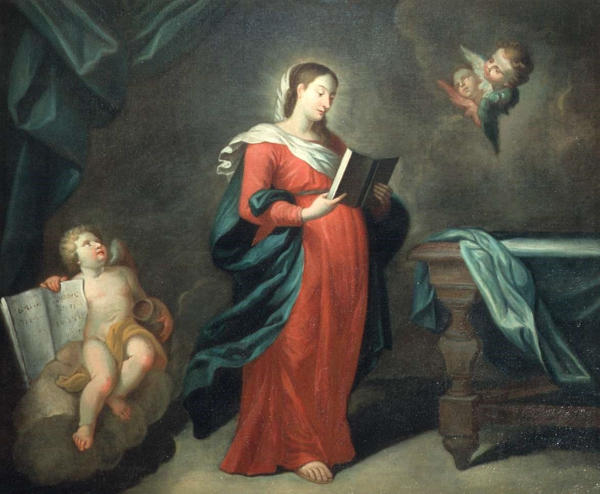