These are hours of great uncertainty, after the crash of the Chinese stock-exchange because of the threat of U.S. president Donald Trump to impose additional tariffs on China and Beijing’s threat to pull out of the negotiations. After days of optimism, it is uncertain again whether the two largest economies in the world will come to any agreements on trade.

Moreover, in America Trump is under siege with FBI allegations of obstruction of justice. In China President Xi Jinping is possibly isolated: whatever he does if he gives too much or too little to Washington, he will be criticized because he has taken power away from the old elite.

Moreover, short-term gains can become long-term liabilities, like with the forthcoming trade agreement with the U.S. But let’s take a step back and take a broader look at recent developments in America.

If the U.S. administration is really using the idea of “clash of civilizations” in dealing with China, then it puts most of the world on the side of China because, as Huntington pointed out, most of the world is not Caucasian, and quite a few Caucasians are fed up with this idea of the Caucasus as birthplace of something special.

This idea doesn’t single out China in an American world; it isolates the U.S. from the rest of the world. In sum, it can isolate the U.S. and creates more space for resistance and support for China. It is beyond racism or warmongering – it sounds suicidal for America.

Perhaps, as usual, the devil is in the details. Yes, it is true that China has, allegedly, a different worldview in a world that is largely “Westernized”. That is, the rest of the world has largely accepted a value system (greater transparency, free markets, elections, et cetera, although with very different nuances) different from the more opaque system used by China, and China’s rise, by not adapting enough to this existing world, is toppling the cart.

But is this actually true? Or is it a loaded statement coming from Americans? The onus is on the U.S. to prove it to China. It can do this by building a wide international consensus on an assessment of China. If the U.S. fails, China can claim that it is just a perception and the two might move one step closer to confrontation, or the US might cave to China.

Conversely, by framing the China issue as a “clash of civilizations”, the U.S. is de facto admitting it is already defeated on this front – it can’t or doesn’t want to build an international consensus on China.

In other words, at this point, if the U.S. doesn’t create a vast international consensus around China, America is de facto conceding that the world would rather distance itself from America and the U.S. is already defeated. Yes, this would go against the bilateral approach to international politics favored so far in Washington, but China can’t be taken on in isolation. China is a global issue.

Does the U.S. government realize the consequences of its words and posture?

On the other hand, China doesn’t realize something crucial: that all of America is fed up with China (see also SettimanaNews). That is, Americans are unhappy with China for one reason or another, and the forthcoming agreement on trade will hardly reverse the trend. Possibly, it could make it worse because of the many controversies that will spin out of it.

The controversies will be about the application of single items in the agreement and about the global consequences the general agreement will have. In fact, many, if not all, other countries will be expected to receive from China the same rights Beijing gave to Washington, and this will create further friction in China and between China and the U.S.

Moreover, being in this very “dissatisfied mood”, if the U.S. doesn’t get “satisfaction” from China soon, it will carry on pressing China and tensions will escalate.

Meanwhile, China, thinking that on all these issues it has reasons to protect its interests, can stonewall the U.S., poach some U.S. friends, and thus grow stronger, reaching a size that will make confrontation with America harder.

Would America then cave in or push harder against China? Some Chinese people believe that perhaps in a few years the anti-Chinese mood in the U.S. could get out of control, and will not be just shrugged off. Then, war could be really unavoidable.

In all of this, an article by Christian Brose, for instance, is interesting for its conventionality: a war with China will be fought according to conventional thinking, he believes. Sean McFate (New Rules of War, 2019) has a different opinion. According to him, basically a war with China has already started, and it is some kind of shadow war.

But even leaving aside who may be right or wrong, Brose’s essay seems to be internal talk in Washington, more in line with “let’s get more funding for industrial orders” than really dealing with China.

However, speaking of fighting a conventional war with China, what effect will this kind of “loose talk” have on China, the rest of the world, and the U.S.? In wild southern Italy in the 1960s, you learned that when you want to do something to somebody, you do it; you don’t say it. At most, you warn him only once.

If you go around saying «I’m going to kill him», the most likely result is that he will kill you. Or if you go about threatening everybody but don’t follow up, then everybody, friends and foes alike, will believe you are a paper tiger and treat you accordingly.

So, what is happening in the U.S.? Is China the latest excuse for fatter orders to the military-industrial complex? Is America really thinking of fighting China as it thought it would have to fight the USSR or the Islamic fundamentalists (Huntington’s theory served that purpose)? And most importantly, if the U.S. is really thinking of a traditional war with China, then why sign a trade agreement? Then, what is the price of all this loose talk? Sure, America is a democracy, and you can’t muzzle anybody, but the situation is confused.

In all of this, thinking from a quiet house in Beijing on an overcrowded May 1 holiday, there are roughly two paths for China. China can hope that the U.S. screws up everything and isolates itself. It would be a big mistake, but empires do this. For example, it happened when the tiny upstart Seljuk Turks defeated the then almost almighty Byzantines at Manzikert in 1071. It changed the course of history. But, the odds are against a Manzikert moment.

Or China can address the general issue: push back the general U.S. and global mood about China by putting forward political reforms. No administration in the West is asking for this, and some foreigners may like that China is stuck with a system very difficult to operate, but then this is an objective issue for China’s own good and the wellbeing of the world.

The first choice would lead almost inevitably to war; the second could steer all to peace.

The same story can be told in another way. If an open system confronts a closed system, the only way to avoid war is that the closed system becomes open and the two become more integrated. If the open system (say, the U.S.) becomes closed in parallel with the other closed system, two closed systems can’t integrate. Applying whatever deal they cut will be very hard as it will be saddled with past and future suspicions.

For the closed and closely guarded Chinese system, where not even Xi Jinping, with all his power, is in total control, the easier direction is to hope for an American screw up. That entails the least effort from the system. But, on the other hand, the Chinese are survivors. Their leaders managed to get over the horrible Cultural Revolution, which at the time destroyed any sense of human affection, pitting children against parents and vice versa. They want to survive, but what this will mean for them now is an open question.

In another way, China is back to its old issues 180 years after the first Opium War: it needs a more open market, political reform. But perhaps, unlike those times, when the emperor was the actual ultimate decision maker, now it is without a leadership strong enough to be able to act on the situation. Although now, unlike in 1840, it may realize the necessity to move. This might be because the internal debate has been hijacked by the internal power struggle.

But then, it is almost the same in America, where Trump needs a deal to tide him over to the next elections, where he can show off he managed to bring China down to its knees. What happened after the elections, doesn’t matter to whoever wins the vote. Still, it matters to China, which may not want to have a deal now and a flood of controversies building up in a few months.

Then, differences in the two political systems then make it even harder to hammer down an agreement… 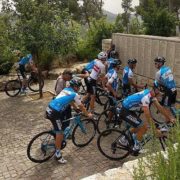 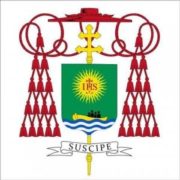 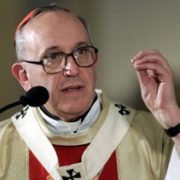 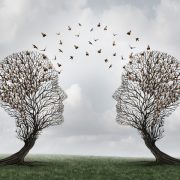 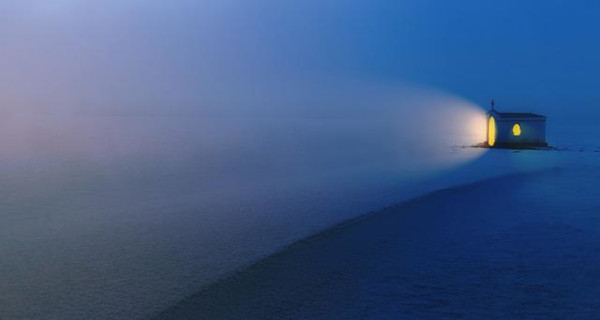