Just practically hours before the November 6th midterm elections will tell America and the world the support contentious president Donald Trump has in his country, there might be a glimmer of hope of improvement of ties with China that had been fast worsening for over a year.

Trump and his Chinese fellow Xi Jinping exchanged a phone call and now both say there might be a deal in the on-going tariff row. A meeting is being arranged between the two at the end of the G20 in Buenos Aires, scheduled to close next December 1.

Yet, despite the announcement, almost every day, there are reports of a new intensification in the bilateral struggle between America and China which apparently goes well beyond trade. Assertive Chinese policies in the South China Sea and Taiwan are being targeted by the US military, while increased repression of human rights and Uygur minority in China’s western Xinjiang region dismay both the religious right and the liberal left in America and in many other western countries.

Yet, what system is working best? wonder people in Beijing.

On October 29, the same day controversial candidate Jair Bolsonaro was elected president in Brazil, Angela Merkel, for 16 years the anchor of stability and paragon of good administration in Europe, announced her resignation as leader of the majority party in Germany and de facto gave up her role as chancellor, although she should actually give up her government in 2021.

The global wave of populism appears to be running at full throttle almost everywhere, except in China, where an authoritarian government safeguards the country from the spread of fake news and false solutions.

Still, is the Chinese system working effectively, or is it simply avoiding the next round of political, social, and economic renewal just as the Manchu court tried to stick to its old ways when in the 19th century the engine of modernization was moving full steam ahead elsewhere? Wonder some westerners.

Depending perhaps also on the results of the US midterm elections, China apparently has six different objective scenarios. Other choices can result also from mixing them, but there are basically these options.

1. Beijing may hope that the US changes its mind, “surrenders” to the situation, and gives up on present row with China before further escalations. Is it likely? Is the forthcoming Trump-Xi’s deal real? Is it just a negotiated lull to regroup and rethink?

It is hard to predict, because there is no clear consensus in America about what to do with China, and many Americans oppose specific choices of this administration against Beijing. But there is clear bipartisan hostility to China, and in such cases, the US will usually do something. So, believing the US will change its mind might be a pipedream.

Moreover, if the US were to change its mind and accept that China in five to 10 years will become the world’s number-one economy and leader in technology, then what would Beijing do with its victory? What kind of order would it give to the world? Will it replace the US with its global footprint? Or will it carry on as it has so far, cutting bilateral deals and basically disregarding whatever other countries decide to do with themselves and their affairs? What kind of global order would a bilateral-deal-model bring about? China has not even begun thinking publicly about it, something necessary to prepare the rest of the world for it, so this scenario seems even more unlikely.

Furthermore, is Beijing sure that without the US in the picture, its problems with neighboring countries will be solved and rather than going sour? That is, can Beijing tell for sure whether the US is the stopgap against greater anti-China sentiments in the region or the kindle of tensions with China?

2. The US and the EU may fall apart, absorbed by their own internal messes. After all, Trump is divisive in America, and Europe is divided. In that case, China could wait it out. China will emerge the winner in this commotion just by sitting by the river. Yet, perhaps this starts with wrong assumptions about the solidity of democracies. The UK and the US, presently the oldest large democratic systems, withstood external wars, civil wars, revolutionary threats of all kinds—will they crumble now under the populist wave? From a historical perspective, it could be that after the populist wave, the American and European systems will come back stronger than ever. If so, China’s attitude may have been counterproductive as it would have lost precious time.

3. Another possibility would be for China to fight the US. Then, we shall see what happens. But it is unlikely China would get out of that unscathed. Besides, although some Chinese strategists may think Beijing could win in a military confrontation because they are fighting on their own turf, it is almost impossible China would not suffer dearly for all of this. It is also likely that it would be beaten.

4. Exactly the opposite possibility would be if China, scared of the possibility of a war, were to go for a conditional “surrender.” It could bargain to open its market but not its politics. Then the leadership would be saved and become the guarantor of the implementation of the future agreement. This deal may seem convenient, and it could actually work. But what if new pressure is applied by future US administrations, which could shirk from past agreements? It happened to other countries and at other times with the US. Then the deal could fall apart, as new pressure could be regularly applied, and China might be in a weaker position.

5. China can try to fight it out but without military confrontations. It could build a “business coalition” against the US to avoid the strategic confrontation. It could grant a number of “allies” selective concessions to countries and companies in the Chinese market. This assumes the US will basically fight the world over its business interests and that global businesses will trust Beijing more than Washington. We can see signs of this in Washington backing off on its pledges for free-trade agreements in Asia and Europe.

However, there might be also signs that the US is reconsidering this move and perhaps came to realize the necessity of building economic blocs if it wants to confront China. Moreover, will countries and companies trust the Chinese government with economic opening, given its history of concessions followed by restrictions and then more concessions offered, all without warnings or any transparency? Finally, for this strategy to work, it must assume that countries could be bought off with short term financial gains, rather than other long-term considerations, i.e. overlooking or agreeing on China’s rise and its overarching consequences.

6. One final perspective could be that China turns the tables and surprises everyone with big reforms that open its market and politics. This move is very dangerous. Many things may go wrong in the transition, and the history of the demise of the USSR may prove it. However, one can argue that China is different, and although very risky, this possibility may be less of a hazard than all other above-listed options, not the least because Beijing has long been mulling over and ruminating on this. There are very few signs of this. Xi’s recent talk of support for private enterprise may be too little too late. Besides we have to wait how it pans out and many have reasons to be pessimistic about it. But in a complete list, all possible options must be included, and this is the oldest and most thought-out way out.

In any case, the People’s Republic of China was borne out of a major “humiliation”, although nobody has ever called it so.

Strategically, in the 1950s, for the sake of development and survival of his government, Mao fully adopted the rules Moscow delivered quite heavy handedly. These were in two areas: politically the CPC (Communist Party of China) had to toe the Soviet line, and moreover Moscow would be granted millions of square kilometers of territory in northern China. All in all, those political and territorial “grants” to Moscow were possibly greater in territorial extension and in political leverage than the Qing empire allowed to the Western powers after the 19th century Opium wars. China partially wrested out of those bequests by getting US support against the Soviets in the 1970s. Yet the system is still hinged on the old Soviet model, and the lost territories are still not part of China.

Xi Jinping has concentrated a lot of power. It is hard to say whether he has more or less power than Mao, because the society and the system have changed. But in any case, as Mao gave up territory and China’s political system to the USSR, so Xi could give up territorial claims and make political and market concessions for peace and development. The recent Vatican agreement could be an indication that some in Beijing might be willing to take the first step for a new approach. But it could also be a game of smoke and mirrors. The ball is clearly in Beijing’s court. 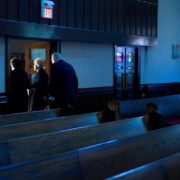 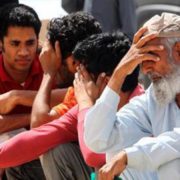 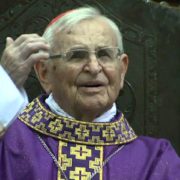 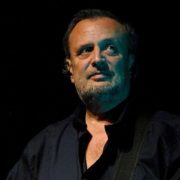