A friend sent me an online article titled U.S. Cardinal: Pope Francis Is “Increasing the Confusion” Among the Faithful. The article points out that the American cardinal Raymond Burke criticized Pope Francis again in an interview on April 4, because in the exhortation Amoris lætitia, Francis indicated that the divorced and remarried Catholics, after a period of discernment and preparation, can receive the sacrament of reconciliation and communion (see Chapter 8 for details). Cardinal Burke stated that such a statement was “playing around” the Church’s traditional principles and teachings. It not only puzzled some lay faithful and clerics, but also caused great scandal. In view of this, the lay faithful or pastors are obliged to “correct” the Pope’s mistakes. But he also emphasized that «this is not an act of disobedience, but obedience to Christ and his Vicar on Earth».

Immediately afterwards, Cardinal Burke and Cardinal Walter Brandmüller, another “dubia” signatory two years ago (the other two passed away last year) trying to “correct” Pope Francis earlier, took part in a seminar in Rome on April 7th. The theme of the seminar was «Catholic church, where are you going? Only a blind man can deny that there is great confusion in the Church». During this seminar, they issued six “confessions of faith,” calling on the lay faithful and pastors to uphold the Church’s clear teaching on family and marriage, and reject ambiguous attitudes. Taking this opportunity, Cardinal Joseph Zen, the retired bishop of Hong Kong, also appeared at the seminar in the form of a recorded video. He urged the participants to speak for the Church in China that could not speak for herself, so as to let the “Church center” who «did not understand China’s real situation understand». In the past years, Cardinal Zen’s constant criticism against the Holy See would inevitably include such a pressing question: «Is joining the Patriotic Association and recognizing the illegal bishops a violation of the principles of the Church?». With that also came the declaration and corresponding actions: «I have the responsibility to protect the Pope from being misguided by the “bad guys”, and I have the responsibility to let the world know the truth».

The friend who sent me the link to the article also expressed his opinion: «Cardinal Burke sees people as good and bad in the name of God, but Pope Francis sees everyone as a beloved child of God. No wonder Cardinal Burke is confused!».

His words made me muse for a long time! – There is no doubt that the highly respected Cardinals mentioned above are greatly dedicated to the faith and the Church, but what puzzles me is the following: Why are they not only very different from other Cardinals on some key issues, but are also out of tune with Pope Francis? Why are there so many tendencies in the end to split the court and part ways while everyone is so keen on defending the faith and protecting the Church? It had been like this in the past, how come it’s still like this in the 21st century? In the end, I returned to the comment of my friend and had to nod my head to his observation: The difference between people’s vision and attitude is the best explanation for «different choices with the same good intention!».

Not long ago, I translated the contents of an interview given by Cardinal John Tong, who is also the retired bishop of Hong Kong. In the interview, Cardinal Tong said that the “vision” that guides Pope Francis to dialogue and negotiate with the Chinese government is «the Kingdom of God» rather than the success or failure of certain period, or the benefits of certain groups of people. It is with this vision, in accordance with the spirit of “Vatican II Council” and the gospel teachings, that the Pope and the Holy See under his leadership are committed to the mission of making the world a united family and all humanity brothers and sisters. However, if one cannot understand this passage from Lumen gentium of the “Vatican II” document, one must not agree with the “great vision” of Pope Francis explained by Cardinal Tong: «From this source the Church… receives the mission to proclaim and to spread among all peoples the Kingdom of Christ and of God and to be, on earth, the initial budding forth of that kingdom. While it slowly grows, the Church strains toward the completed Kingdom and, with all its strength, hopes and desires to be united in glory with its King» (No.5).

As early as the 1970s, Marcel Lefebvre, the Archbishop of France, could not accept the spirit of “Vatican II”, so he led a group of believers and clerics out of the Catholic Church and established “The Society of St. Pius X”. The reason why he chose “Pius X” as the “patron” was because Pope Pius X strongly opposed “Modernism”, and also sanctioned and even excommunicated many forward-thinking Church philosophers, theologians, Bible scholars. Among them was Fr. Alfred Loisy, a French theologian and Church historian. He was not only opposed to treating the Book of Genesis as a strictly historical and scientific work, but also saying that «Jesus came to preach the Kingdom of God, but what came in the end is the Church!». He was therefore excommunicated in 1908.

We are now already in the twenty-first century. Whether it is about the issues related to the pastoral care for the divorced and remarried Catholics as suggested by Amoris lætitia, or about the Vatican-China relations, the aforementioned Cardinals obviously could not agree with Pope Francis. They are all focused on maintaining the traditions and interests of the “Church.” Their hearts are commendable and their intentions are laudable, but their concrete actions and methods cannot but leave people asking this questions: Where did the vision of the Kingdom of God Jesus preached, taught and practiced go? !

Fr. Teilhard de Chardin, a Jesuit priest from France, had long been sanctioned by the Church authorities for his efforts to connect science and religion for the understanding of Christian faith. Fortunately, he was not excommunicated. As early as in 1926, he wrote in his letter from China to his good friend Father August Valensin: «I feel more and more that the Catholic Church is no longer Catholic. We are only defending a system, a sect!».

In the era of Pope Benedict XVI and Pope Francis, Fr. Teilhard de Chardin’s theological and spiritual thoughts are being re-acquainted and gradually accepted by the Church and society at large, including the aforesaid two Popes, but the “motinum” (warning) issued in 1962 by the Holy See’s Congregation of Doctrine of Faith has not been canceled officially. As a little “Teilhard admirer”, when I introduced his theological and spiritual thoughts through lectures at different places in China and abroad, I still have to face certain Church people objecting and even boycotting me with “high” emotions, afraid that I would bring “confusion” to the faithful and endanger their faith life. Therefore, sometimes I also ask myself: Am I “confusing” the faithful now or they had been “confused” long ago, but some are simply afraid or unwilling to let them out of “confusion”? ! 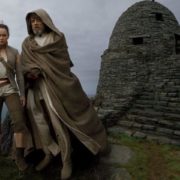 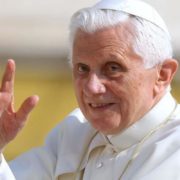 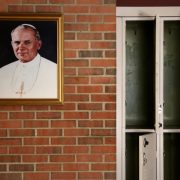 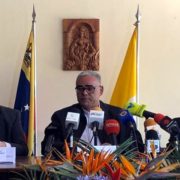 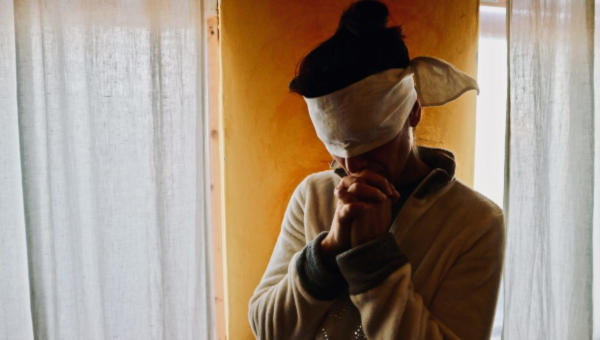