It is a time when the largest powers in the world, the USA and China, are in the middle of a trade war that could easily escalate into something else; when the incumbent superpower, America, has a divisive president turning his back on basically the entire international and economic framework that it shaped for 70 years; when the fires of Syria could soon spread to parched Iran or to Turkey, spiraling into an economic crisis. This is no time then for a medium-sized power like Italy, with no worldview, to go barmy, act up, and send the whole world to smithereens.

Yet on the eve of the traditional feast of Ferragosto, August 15, when all of the Bel Paese comes to a standstill no matter what it is happening outside, this is what is actually happening, with the real and symbolic collapse of a large bridge in Genova, once an industrial capital of Italy and Europe.

Together with the peak of the summer heat, these days it seems that Italy also reached the peak of political confusion. After a wave of enthusiasm in spring, with the approach of autumn, few now bet that the government will last over the threshold of the European elections next year. By then a political election could be held as well.

Presently, more people believe that by then the government will dissolve and there will be a redde rationem between the various political forces.

All of this could change in a climate like the current one, which is extremely volatile. It’s possible that instead, in this swing of tensions and emotions, maybe the government will last for five years, past the turning point of the budget law in the fall.

To date, however, it does not seem so, even if all the forecasts weigh the biggest problem: there are no net winners at this time, so it would move from confusion to confusion.

Here are the elements one by one.

The League is the party in the lead, and it could reach the threshold of 40% of the votes and this could entitle it, according to the present law, to take more than 51% of the seats in parliament.

The propaganda of its boss, Matteo Salvini, is efficient in preying on base fears: the immigrants that upset our society and the personal security of one’s own home. These are things that are now becoming uncertain with the financial strain of the middle class and with the increase in perceived insecurity in the suburbs and small towns.

But even with 40% of the votes and 51% of the seats, no country is easily governed by 60% of the people against it and without a “cultural hegemony”.

With the Church against it and the old intellectuals hostile, the League needs to move to the center and speak to these two institutions with depth, beyond just tweets. The operation is not easy and should be considered carefully, but without it, even with a League government, Italy would be deeply split and deeply unstable.

For the M5s, the difficulties are greater. It won by promising to create a land of plenty and to cut infrastructure projects that bring growth and income. But Italy has no money to spend and instead needs infrastructure. That is, they promised, as the Italian say goes, the cask full of wine and a drunken wife, but they may end up without the wife or the wine.

To garner support, some in the M5s preach pure nonsense, like the end of the vaccines. Its leaders today seem to be in their first year of a master’s program, after missing elementary, middle school, high school, and a college degree. It is like – and perhaps worse than – when during the Cultural Revolution in China (1966-1976) they sent the peasants to university and high school students to the fields. For 40 years, China has been suffering from this madness.

The M5s people seem willing and do have good intentions, but they seem equally incapable of understanding what they are doing. Their slide in polls probably also stems from this confusion.

Part of the Church seems to want to adopt them as a realistic embankment against the brutality of certain League slogans. In essence, this is what the Church did with the Barbarians. But then it took centuries to civilize Slavic, Germanic or Hun tribes. Today there are not even years, but only months. Will they manage it?

The choice lies with the “owners” of the movement, ex-comedian Beppe Grillo and entrepreneur Davide Casaleggio. They are the brains of M5s. The troops on the ground cannot even say whether the 38 km of new highway in Sibari (cost 1.5 billion, “no, 1.34 billion at budget”, according to their senator in the area) is good or not.

There are also the old parties: the PD (the Democratic Party, once led by Matteo Renzi) and FI (Forza Italia of Silvio Berlusconi). Rumors of an alliance between Renzi and Berlusconi multiply with a series of calculations made at the table. But just to go through the numbers, pollsters are uncertain that League and M5s today can collect more than 60% of the votes combined, they are sure that PD and FI are together firmly under 30% and perhaps even under the 20%.

Would an open alliance between Renzi and Berlusconi improve this data? Maybe it would make them worse. Two weaknesses together do not make a strength; they make an even greater weakness.

This is true unless the calculations are wrong, and then the two are able to get a rabbit from the hat. Or the calculation is different: get a handful of votes by which to sit at the table of parliamentary negotiations. After all, the recent rejection of Marcello Foa as president of RAI (the Italian state TV network, whose head is voted by the parliament) shows that the duo still counts. The League wanted him but PD and FI opposed him.

This is for today. How will things go with a new parliament? Perhaps in a year, the cycle will change. Italians like to think in football terms, and believe miracles are possible because “the ball is round” and it can spin in any direction, and until the last minute things could change.

Finally there is physics – that is, the great laws of politics which will fill any void. When no party prevails something will be born. This is what enlightened Romans and certain environments with ties to the President of the Republic hope for.

A new party could next year get 20%, maybe even 30% of undecided voters. But this seems like a thought experiment: perhaps the molecule X could work… We do not know what the new party would say, where it would fit, or who would propose it. It looks like an equation with seven indeterminate elements.

But there is a true fact, not to be underestimated. There is great dissatisfaction with the current electoral proposal among a wide range of the population and in the intellectual class (which even in a moment of greater political illiteracy counts, because at the end of the day someone must know how to rule the country).

But the real greater general risk is that things spin out of control, as they easily could and this could take Europe and the world with it. 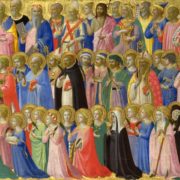 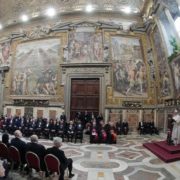 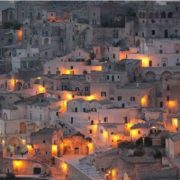 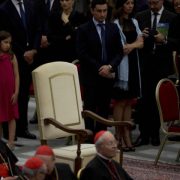 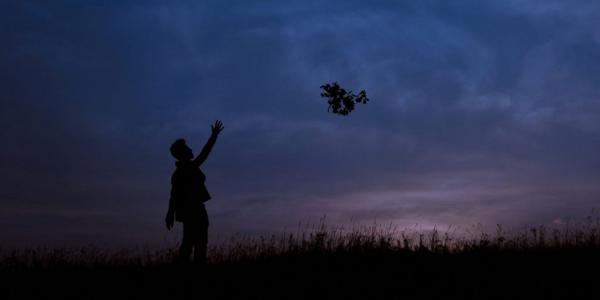