The recent Italian controversy surrounding Finance Minister Giovanni Tria is the smoke from a far wider and more complicated fire in Italy.

Mr. Tria certainly is very lonely today. He should have been mediating between the populist impulses of the M5s government, the free market pulls of the League, and the pressures for account discipline from Brussels. It would have been a very difficult and ruthless mediation, which, had it succeeded, would have made Tria a Bismarck of Italian and European politics. Otherwise it would reduce him to a tragic Arlequin, servant of three masters.

That today no one tears his hair for him is testimony perhaps to the failure of the difficult task.

But even if Tria is not Bismarck, the controversies cover up faults that are not only his own. Italy is at the beginning of a recession and nobody knows how deep or how long it will be. The recession was expected and was not created, but this is basically Italy’s history over the last 20 years.

Italian parties are so anxious to chase votes in the next municipal-regional-provincial elections that they forget the deep task of government (in this case, facing the coming recession) and rather apply government powers to buy short-term consent, as used to be done in the 1950s by distributing packets of pasta.

This worsens medium – and long – term problems. The habit of such tools now seems so casual and frequent that, as with drug addicts at the last stage, the benefit of the fix lasts only a few seconds and the damage is doubled.

Yes the present fix is just the last of a series. As M5s promised a citizenship income, so ex PD secretary Matteo Renzi distributed 80 euros to youngsters. But in the meantime, not only has the condition of the “drug addict” Italy worsened, but most importantly, Italy lost the margin of international credibility that allowed it to deal with Europe and the markets to find a cure and detoxification. That is, the drug addict Italy has antagonized the doctors who could help and save him.

Rome’s recent agreement with Beijing, behind Brussels and Washington’s backs, removes many concerns for the EU and the US in protecting Italy from sinking. Of course, there remains a problem of exposure of the international markets to Italian debt, but even this can be managed in a very different way with or without flexibility for Rome.

In fact, for the whole world and for the West in particular, China is a difficult problem and the reality is that the mood in Europe against China is possibly even stronger than in the US. But in Europe because there is no central structure to channel and manage this sentiment – so far it has been pretty loose. The sentiment started to coalesce recently with the China-Italy BRI agreement. Many EU countries saw it as Italy stabbing the EU in the back, and as China cheating Italy to rip the EU apart. This heightened EU tension with China.

Moreover, in the US there is a central state and a president that can channel, manage, and possibly also rein in at times popular sentiments. In the EU, there is no single state and no real EU leader so channeling and reining in sentiments is harder. If something moves the needle, because of the lack of a unitary state, managing and reversing a trend will be harder.

This week’s upcoming EU-China summit will bring to light many European issues and concerns about China: unfair competition, technology theft, access to markets, and so on, in addition to the “treason” with Italy. Here the dance will be led by France and Germany, whose leaders have already met Chinese President Xi Jinping in Paris without Italy.

In such a situation, with Europe increasingly divided between “institutionalists” (in defense of the old EU and Atlantic institutions) and populists (against the EU and for a return to national states), China risks being the scapegoat for both. In a way, the China issue could become what restores unity to Europe. The same thing happened in America, where the split between Republicans and Democrats is deep on everything, but on China there is unity of vision.

Moreover, trade negotiations between China and the US could perhaps come to an agreement in the coming weeks. Then what will the US do? In theory, it could open another commercial dispute, just as serious as with China, against Europe, with a Germanic heart. Germany is accused by the US of focusing on exports and not wanting to spend on NATO. This US-EU conflict might have distracted America from China, and perhaps could even have created common interests for the EU and China in the face of the US.

This was the situation, however, before the recent agreement between Beijing and Rome. Today, Washington looks at Europe and sees Berlin as weak on NATO armaments, but even more than that, it sees China’s agreement with Italy as an objective attempt to split Europe and turn it partly or completely against the US. American Secretary of State Mike Pompeo was very clear about this last week.

Moreover, a further sign of the new Italian isolation comes from Libya. Here president Serraj (supported so far by Italy) is under siege by his rival Haftar. Haftar allegedly may be supported by a new coalition of countries against Italy. In the past weeks in Rome eight countries (including USA, UK, France et cetera) held a meeting on Libya and Italy was not even invited. But Libya is crucial for Rome, for historical reasons and for the interests of its largest company, ENI, and to try to control the flow of migrants from Africa.

In short, China risks becoming the opponent of the US and the EU at the strategic level, and Italy has been its pawn. Rome could in the next few months pay a heavy price for it.

The lesson in of all this – painful for me; for Italy, the country where I was born; and for China, the country where I lived most of my adult life – is to never put one’s own interests before those of the world. It is not right, and also Italy and China, alone or together, do not have the strength to force the world on their path. Conversely, we need to align our interests with those of the world and find our own role in this. 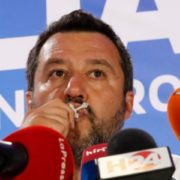 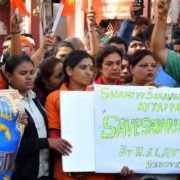 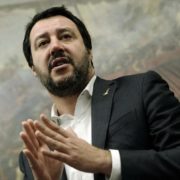 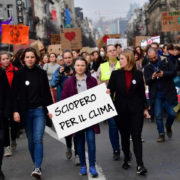