With an unprecedented, blunt and moving letter Pope Francis unswervingly sided with the children victims of predator priests. He attacked clericalists guilty of trying to cover up or drag their feet before the public outrage and thus tried to turn a new leaf on a scandal that has been plaguing and pounding the Catholic Church for over a decade. It was as if the Pope was trying to muster all the moral strength also to prepare the Church for many future perhaps even larger challenges.

In the letter the Pope wrote: «The extent and the gravity of all that has happened requires coming to grips with this reality in a comprehensive and communal way. While it is important and necessary on every journey of conversion to acknowledge the truth of what has happened, in itself this is not enough…  With shame and repentance, we acknowledge as an ecclesial community that we were not where we should have been, that we did not act in a timely manner, realizing the magnitude and the gravity of the damage done to so many lives. We showed no care for the little ones; we abandoned them».

In the past days Frank J. Caggiano Bishop of Bridgeport said «I have been sick to my stomach. Words like horrifying, betrayal, and diabolical come to mind describing the evil abuse that was perpetrated against children, who were robbed of their innocence, and often of their faith and future. The failure of some bishops to report this evil is equally stunning and deeply sinful. I believe that the Church is facing a moment of crisis that demands honesty and repentance from the bishops and decisive action to ensure that these failures will never happen again. The credibility of the bishops has been tarnished in the eyes of many, including many of our faithful».

These words and attitude want to turn a new page against those who for many years dragged their feet, covered up, hid and thus de facto abetted those horrendous crimes.

Behind all of this past reluctance there was perhaps also an ideological prejudice – that the fight against abortion, gay rights or other “sexual social misconducts” was more important than the battle against criminal priests preying on children. As if the two should be in any way compared.

The clarity of the message on undisputable abuses perhaps is useful also to steel the Church against other internal problems. There is a lingering hostility against other religions, and especially against Islam, as if the Church should endorse and bless a new crusade.

The alacritous Christians willing to become crusaders are in theory (fortunately not in practice, so far) the mirror image of the Islamic extremists planting bombs all over the world. Both aim first at fellow Christians or fellow Muslims, guilty only of being too tolerant with people of different religions. This doesn’t happen only with Muslims, it happens also with other faiths or countries ruled by different political systems. This creeping intolerance among Catholics bodes ill for the future of the Church and needs to be rooted out before it spins out of control and begets greater evils.

With all this in mind we have to understand fully that faith and the understanding of it is embedded in time, in the particular historical moment, and the Church is composed of men and women. The Church in the past did indeed bless and encourage crusades, did persecute people of different religions, did burn heretics on the stake, it did indeed align itself with kings and emperors eager to fly the cross on their colors to expand their domains and quest of naked power. Priests and even Popes waged war and killed.

But the Church is not only this. It is not only a story of betrayals of the faithful. And those actions cannot be understood simply with our modern sensibilities, in a world with running hot water, internet and space travel, where physical distances can be quickly bridged for the right fee and communication gaps have been practically annulled. Times and circumstances change, and so did the Church. So is the modern Church willing to undergo change. This is happening. The report highlights that the vast majority of the cases uncovered are before the year 2000, that is the Church has improved in the past two decades.

This is a meager consolation for all the evil that happened, but perhaps it is also prima facie proof that social sensibilities as well as church sensibilities changed. Actions that were once overlooked and ignored then became important. Casual and cursory attention to sexual advances by adults, promiscuities, in the Church but also in the family, decades ago were more common than today and although frowned upon there was not the massive care we find now.

The fact that we, society now pay great attention to this, and the Church also does means there is progress and it is a victory for society and the Church. God bless then all the due denunciations and revelations.

America’s social and media attentiveness on these new elements and its determination to blaze the trail on new issues must be studied and followed. On the other hand, there is also something deeply troubling happening in America – the public acceptance of satanist cults, with, for instance, a statue of bathomet sitting in a public space in Arkansas’ capital! As the Pope said all religions want the good of people, all religions must be respected then because they want and work for the good.

But this doesn’t include cults openly advocating evil. Satanism is not against religions, it is against anything good. This doesn’t mean that worshippers of the devil must be put at the stake, fighting evil with evil is the triumph of the devil. But celebration and accepting satanism as just “another religion” is also troubling, even more than religious extremists. Religious extremists have to twist and distort the original tenets of a good faith. Satanism is just preaching evil and in so doing it produces evil.

It is right and positive that the main stream press denounces the evils of the Church, but we have at the same time also to pay attention to the future evils of society – satanism in its open forms, or disguised by religious extremism portraying one’s elected enemies as “goblins”.

It is a difficult time. Many people feel threatened in the way of living they grew used to. Technical, political and social upheavals are now more frequent and of far greater scope than in any time in the past history. Then many people, often the weakest, the less educated, the ones who suffered more in their lives, are scared of seeing even more vicissitudes shaking to the ground their already wobbling world. These people, like the ones on which the evil priests preyed, have to be cared for, understood and looked after or they will fall. These people are the new victims the Church perhaps has to focus on before they become the future martyrs of the new world. 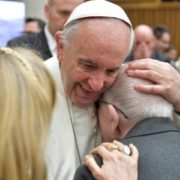 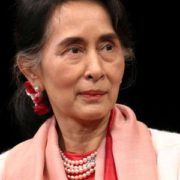 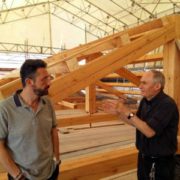 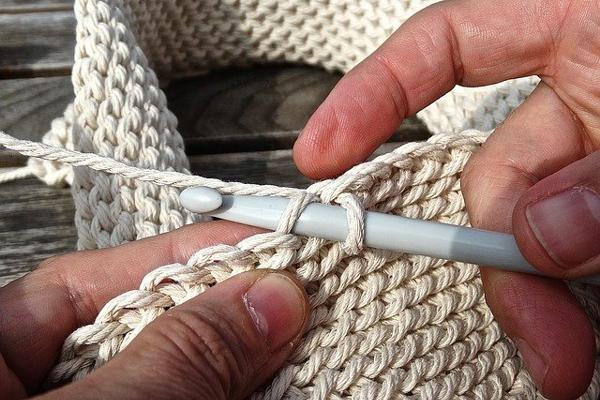