The yet uncertain peace process between the two Koreas has many fathers and even more sides besides the historical meeting between the US and the North Korean presidents Donald Trump and Kim Jong-un. There is China, Russia, Japan pulling strings all for their own legitimate interests.

Still possibly a “godfather” of the peace process, without interests of its own, surfaced in the past few days – the Holy See. Archbishop Paul Gallagher, “Foreign Minister” of the Holy See, accompanied by Archbishop Alfred Xuereb, the new Nuncio in Korea, went to Seoul this week.

Gallagher brought the «support and prayers» of Pope Francis for the «path of peace and reconciliation on the Korean Peninsula» along with highlighting «the importance of re-launching all necessary humanitarian initiatives» and the «urgent need» to encourage young people in building a culture of peace.

The delegation met with South Korean President Moon Jae-in, a catholic, with Foreign Minister Kang Kyung-wha, and for the first time with the Catholic lawmakers. They represent about 32% of the all deputies in the parliament although the catholic population in South Korea is about 12%.

The archbishop spoke at a symposium on peace and human rights and attended a liturgy in Myeongdong cathedral in Central Seoul.

The presence of the Holy See in Seoul could be extremely important. In the late 1990s when the six party talk for peace in Korea was devised and brought forward by the US it had a two fold purpose.

First, it wanted to improve relations between the two Koreas and defuse military and nuclear threats from Pyongyang.

Second, it wanted to create a better atmosphere, a reason to improve ties between the two main players in this complicated game, the US and China, and thus advance the peace architecture in the whole region.

The present talks in Korea seem to proceed from a different outlook. Many in the US consider China not a player that can help find a better solution with North Korea but some kind of hostile puppeteer of Pyongyang, prodding North Korean aggressive behavior. Therefore peace with the North could be achieved by the US despite Chinese interference and not because of Beijing’s good offices with Pyongyang.

In all of this, South Korea may feel more isolated. Seoul is allied to the US, and last year deployed the new antimissile system THAAD, which Beijing protested as it sees it aimed at her defense. However president Moon is also keen on improving ties with Beijing, its largest and richest neighbor.

The visit of the Vatican delegation therefore without entering in any of the delicate issues of the peace process, could perhaps lend an important support to Moon’s efforts to strike a less belligerent position in this moment.

Korean politicians and the civil society are torn about the ongoing peace process with the North. Many are skeptical that a peace agreement will ever be reached or that the North will keep its word. Moreover, there are ongoing concerns about the serious human rights abuses and political crackdown of any form of opposition in the North.

However the Vatican delegation stressed that peace is a process. To stop the arms race in the North, improve the living conditions of normal people, start to integrate the north in a system of global relations could be important results, remarked a senior Vatican official.

«So it was a little bit like that yesterday, making a relatively short journey of Panmunjom and then seeing the reality being introduced by the military there, both Korean and American, and to understand the very delicate situation that exists there, which makes the efforts to promote denuclearization, unification and peace on the peninsula very, very pertinent indeed», he said.

Therefore as the summit between Trump and Kim was held in Singapore, the richest city-state of Asia, a promise for a possible future for Pyongyang, perhaps the peace agreement between the two Koreas, could be signed in Rome at the presence of Pope Francis, arguably the major “leader of peace” in the world. 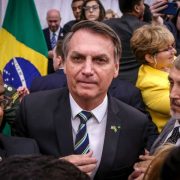 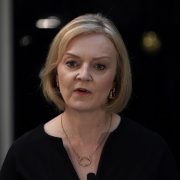 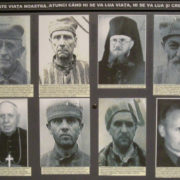 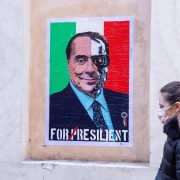