The plot is an American classic: captain William Bligh goes mad and the crew, led by his second in command, Fletcher Christian, takes over. Christian puts the skipper and his loyalists on a sailboat, and then he and his rebels go on to live in Pitcairn, a remote, paradisiacal island in the Pacific.

It is the Mutiny on the Bounty, where Fletcher is always the hero, and since the 1930s has been played by Errol Flynn, Clark Gable, Marlon Brando, and Mel Gibson. Bligh, forever the villain, was a star when played by Charles Laughton and Anthony Hopkins, but less so with the others.

It is one of the topoi, the classic elements of American culture, that shapes the way people in and out of America look at things, consciously or not, because culture outlines our feelings and perceptions of reality.

Therefore, when following recent developments about US president Donald Trump from the border of the empire, in Rome, which once was the center of the empire, it seems that news reports are taking a page from the Hollywood playbook. They are re-enacting the famous mutiny that changed the history of the English Navy.

The anonymous letter, attributed by The New York Times to a senior official in the Trump administration, has prompted everybody around Trump to deny being the author. Those refutations sound like confessions, excusatio non petita accusatio manifesta, as in an old Latin principle: an excuse offered without being requested is self-incriminating.

Besides, the presidential tweet “traitor” adds to the impression that all in the administration think they can be accused of having penned the editorial because all of them think their captain is an “idiot,” as the anonymous author wrote, or a moron, as ex-Secretary of State Rex Tillerson put it on the record.

Like in the movie, when the mutiny is brewing and Christian goes to Bligh asking him to take a leave or to step down, Trump, the modern arch-villain, refuses and blames the crew. In so doing, he breaks a sacred, unwritten rule of the American Constitution. Until now, the 25th Amendment, the one covering the impeachment of the president, has never been applied. In the past, presidents were shamed into resignation, like Nixon, or legally battled the allegations, like Clinton.

But things are different with Trump, and it feels dramatically so at the borders of the empire. The reason is very clear in China, with a long imperial history: the head of the dragon is the last to move, but a tiny swing of the tail sends the provinces to hell.

Trump is under siege from every side: from the Democrats but also from the traditional bigwigs of his party. His two closest associates, his lawyer and the man raising funds for him, are spilling the beans to the FBI. The FBI is apparently hesitant to disclose what it knows, afraid of shaming the office of the president together with the person of the president. The accusations are also unprecedented: Trump may have been paid by a foreign, hostile entity, to become president of the USA.

Yet as Trump isn’t stepping down and the investigation isn’t relenting, the social and political rift in America becomes deeper and more dangerous.

The drama is mind-boggling from outside the empire. In China people think that the US is on the brink of chaos and collapse. From this they may draw grave strategic decisions.

From within the empire, some more classically minded observers think it may be the end of the republic and the beginning of something else, just like the civil wars between Marius and Sulla, after the Punic Wars between the second and first centuries BC, brought about the mayhem of the attempted revolution by Catiline, the uprising of Spartacus’ slaves, and eventually the dictatorship of Caesar and the foundation of the Roman Empire.

Now from Rome, it is very unclear who is winning or losing. How much traction is Trump’s attack on the deep state really getting? How convincing for the American majority was the ceremony staged for the funeral of John McCain, a staunch anti-Trumpist?

After all, this is like the story of the mutiny. Who won between Bligh and Christian? Was it Christian, who took the ship and kicked out Bligh? Or was it Bligh, who sailed a small boat to London and armed a fleet to hunt down Christian?

After the mutiny, the British Navy was never the same. It underwent deep reforms to prevent future Blighs. This is the moral of that story.

The moral of Trump’s story may be similar.

Can the US afford so divisive a president? Someone who so blatantly breaks unwritten rules, which are more sacred than the written ones? But at the same time, can the US elites, opposing Trump, keep forgetting about fixing the Third World within their own country, which voted for Trump?

With or without Trump, these seem some of the deep elements of this Trump moment. The moment must be solved quickly, because looking at it from the periphery, the US empire could crumble and the barbarians at the gates will move in.

Then it would be the story of a different captain, one with deeper roots in the American tradition: the one hunting a white whale, and for the chase, he sank his ship and drowned his men. Then it wouldn’t matter if the whale was McCain’s heroes or redneck “deplorables”. 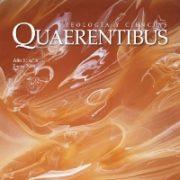 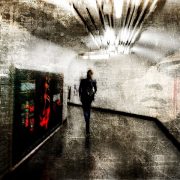 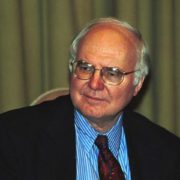 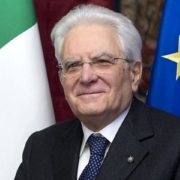