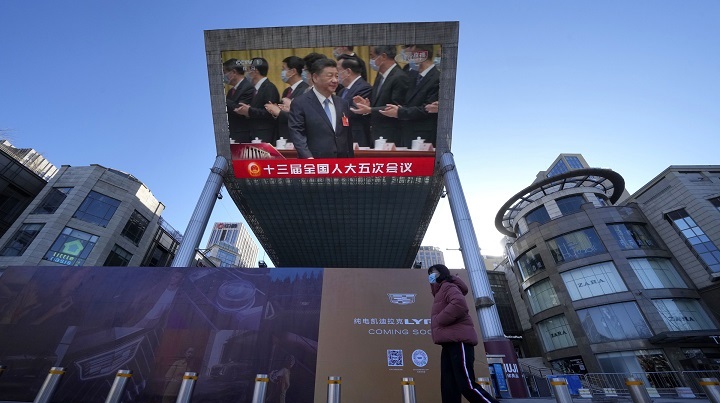 About ten days after the Russian invasion of Ukraine, the results look pretty miserable.

The army allegedly costs some US $300 million a day. Russia’s $640 billion of reserves and assets abroad have been frozen or seized through sanctions. Moscow has been shut out of the international SWIFT system of payments, ensuring global transaction. The stock market has plunged, it is closed, and it’s not clear when it will reopen. The ruble has lost 1/3 of its value, and in a matter of days, the Russian GDP has become smaller than Holland’s. The fall of the currency may be just beginning.

Hundreds of tanks, armored vehicles, and equipment are damaged, captured, or destroyed. There are thousands of casualties and domestic society, which was not prepared for this, is torn apart with growing repression.

Meanwhile, the war fails to make real moves forward. A 40-kilometer military column has been stuck for days. Cities are not conquered. They are being surrounded, bombarded, and then should be swept for “Nazis,” just like what happened with Syrian cities occupied by ISIS. But Ukrainians are better armed, more numerous, and could be more determined than ISIS fanatics.

In return for this massive bleeding, Ukrainian President Volodymyr Zelensky is still there. Moscow’s propaganda expected him to resign or run away with his tail between his legs, just at the sight of Russian soldiers at the border. Conversely, he has become a global hero and was transformed by the Russian actions from an actor to a world leader.

The longer the war lasts, the more Russia sinks. This could be the opposite for Russian President Vladimir Putin. The longer the fight goes on, the longer he lives. The sooner war stops, the sooner he will be facing a reckoning within Russia. Then the destinies of Russia and its leader are diverging.

There is a massive elephant in the room in this situation: China. Beijing is risking being drawn into the ditch along with Putin. China finds itself in a corner, and it better work fast to wrest itself out of it. Although now this seems unlikely, if Putin were to win, China will have an assertive Russia at the border. This has historically been a position where China feels very uncomfortable. If he loses, China will be more isolated, very uncomfortable position too.

Beijing is like one of those guests who sits at the table, doesn’t order the food, doesn’t eat, but then has to foot the bill. China didn’t order the war and didn’t conduct it, but by simply not distancing itself from it, it could be drawn into defeat, or a victory, at the end. In this situation, Chinese people seem oblivious to their predicament. Half of Beijing on the internet is cheering and rooting for Putin because they dream of seeing America beaten. Instead, it seems unwilling to recognize that Russia is being trashed and China becomes trashed by proxy.

Yes, in this situation, China has gained some weeks or months of respite from the constantly growing pressure and attention from the United States. However, the real possibility is that this pause will come back with interest. Many voices in the West now call for a fight between democracy and tyranny. Russia and China are lumped together as tyranny.

Andreea Brinza argued: “Sanctions on Russia will reverberate over one of Russia’s few allies: China. Without a direct condemnation of the invasion and with its media largely amplifying Russian propaganda but without offering direct support, China remains in a gray zone concerning Ukraine. Tacitly accepting Russian aggression, China also accepts that its exports to Europe may plummet, and with it, China’s economic growth may suffer too. All these developments will happen in an important year for Xi, a year that will host the Chinese Communist Party’s national congress—which must be perfect for Xi’s image as a great Chinese leader during his march to achieve the great rejuvenation of the Chinese nation.”[1]

Yet there are indications that Russia and China were not precisely on the same page from the beginning. When Russia started saber-rattling, and some embassy personnel were being evacuated, the Chinese government told its citizens in Ukraine to stay put and nothing would happen to them. It clearly thought that, contrary to American “propaganda,” there would be no invasion.

Then shortly before the Russians attacked, the Chinese embassy changed tack, telling its citizens that they should show a Chinese flag on their cars and apartments. China was apparently informed that an invasion would indeed occur, but troops would win Kyiv and the main cities swiftly and effortlessly.

A couple of days after the attack, China started evacuating its citizens, apparently coming to grips with the reality that the invasion had occurred, it was not going according to plan, and the outcome is quite uncertain. All in all, China seems to have not been quite in the loop, and perhaps it was misinformed by Russia or it quickly believed Russian material without making its own cold evaluation. In any event, China apparently did not do a good assessment of the conditions in Ukraine and Russia.

Furthermore, did China anticipate the fierce European reaction against Russia, the return of NATO, and the return of American leadership in European affairs? Did it calculate this would bring to an end de facto its darling plan of the Belt and Road Initiative (BRI)? Most transportation goes through Russia; if Russia gets cut out of Europe, China is boxed in.

Bian Yongzu, from Tsinghua University reportedly stated that “If Europe ends up uniting with the U.S. on the issue of pressuring China [vis à vis Ukraine], China will be faced with a very difficult dilemma.”

On the other hand, if China sides with Russia, then de facto its ties with European countries and with its central European trading partner, Germany, would suffer directly and indirectly.

As Charles Parton eloquently put it: “The Russian invasion of Ukraine is likely to promote further decoupling of Russia’s economy from the global economic system. Sanctions and expulsion from SWIFT will encourage Beijing to rely more on alternative trade and finance systems. It would be comforting to think that Putin’s invasion will lead to Xi rethinking the drift away from liberal democracies towards autocracies.

If reports are true that the US briefed the PRC in advance of Putin’s plans, perhaps the CCP might be led to trust the US more. This is wishful thinking. Distrust of the US runs very deep. Every document and speech of the last few years has talked of struggle, hostile foreign forces, the encouragement of color revolutions, and attempts to overthrow the CCP. Early in his tenure, Xi was cutting about the fall of the Communist Party of the Soviet Union. One criticism was its lack of a strong leader. Yet there is strong, and there is maverick. Putin has now become a risky ally. But on the plus side for the CCP, Russia is fast becoming a vassal of the PRC.”[2]

There is more here. The war in Ukraine is changing the paradigm of international relations in the world. After the end of the Cold War, politics was to be at the service of economic development, and economic development was the mantra that would inform all political decisions.

However, the war in Ukraine is changing all that, and the old paradigm of human history is back with a vengeance—economics is at the service of politics. Political strategic decisions have to come before economic development choices, as also Martin Wolf has argued.[3]

The longer the fighting goes on in Ukraine, the greater the momentum for an ideal coalition to be built against tyranny, however you want to define it. It would thus also be against China, now described as a “tyranny” by some media. Here two objective elements cast a dark light on China. North Korea, the long-term Chinese ally, had its ninth missile test in a year on March 5, as soldiers were fighting in Ukraine, almost as if Pyongyang was jealous that the world stopped considering it a threat.

But people in Taiwan and the region believe it is an actual threat, especially since Putin invaded Ukraine without a definite political and military possibility of victory and most pundits dismissed the possibility.

Then policy makers in the world are starting to think: if the invasion of Ukraine seemed impossible yesterday and it actually occurred, then maybe the invasion of Taiwan, that similarly looks impossible today, may happen tomorrow. The same could be true for other sensitive areas – the border with India, with Vietnam, the South China Sea, et cetera. Important political and mental fault lines are unfolding after Ukraine.

China seems to feel the change in political atmosphere as at the opening of the plenary session of its parliament it announced a 7.1% increase in defense expenditures, sending a clear message of alert.

A starker political divide and stronger animosity also means a possibility of faster decoupling with the rest of the world.

The European dependency on Russian gas is a case study. It developed because this gas was fairly cheap and convenient. Therefore, for decades, Europe dismissed all political qualms, believing that channeling euros and dollars to Russia would buy it off. The reality has turned out to be that Russia didn’t change its political course, but Europe got hooked on Russian gas.

Now, turning away from Russian supplies will not be too convenient or too fast, but it won’t be too difficult either. There is plenty of gas in the world; the problem is only to get it to Europe. At the same time, the flow of dollars and euros to Russia is irreplaceable. There is no market as big as Europe for Russian exports. That could transform Russia from an energy behemoth to a marginal player, as some analysts are arguing[4].

On the other hand, changing supply lines and stopping buying goods from China wouldn’t be too difficult. Yes, losing access to the rich Chinese market will be unpleasant for all the “greedy capitalists” in the world. But it is not as strategic as gas, it is not difficult, and if it is a political issue, an issue of life or death, it is also a no-brainer.

China should start factoring in all these elements, which may have a massive impact on its future in the following weeks.

The problem is that China didn’t see all the risks at the beginning of the crisis. Will it manage to compute all the variables now? China has a larger population and a better working economy, but it could be even more vulnerable to larger economic downturns.

A Ukrainian war could last for months, or even years, which is unlikely but happened in the aftermath of 9/11 in 2001. It won’t improve the Chinese position in the world unless it turns around rapidly. Then as bombs fall on Kyiv, the clock is also ticking for China. 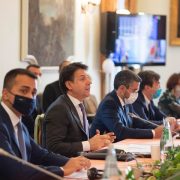 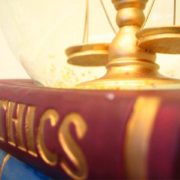 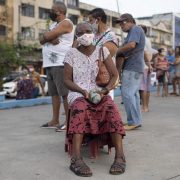 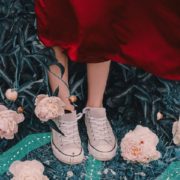