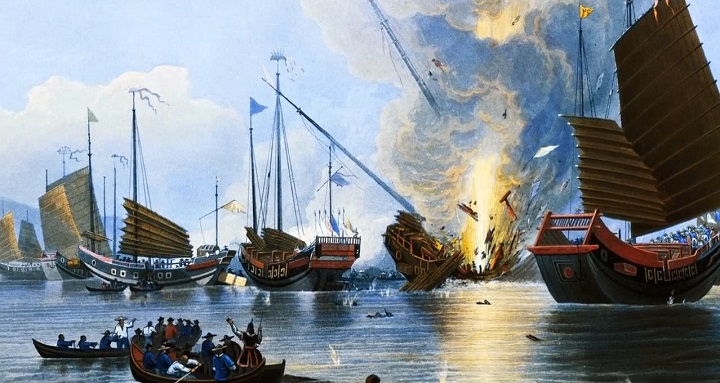 In 1914, on the eve of World War I, Germany was the wealthiest country in Europe. It had the best industries, science, literature, and philosophy. It had the finest education system, a superlative pension system, and the largest social democratic party in the world. It lost everything because it got global politics wrong.

In 1840, on the eve of the First Opium War, Qing China was the richest country in the world. It represented between one-third and half of global GDP. It had over 70% of all the world’s silver, then the reserve currency of international trade. It had a huge export surplus, and its tea was necessary to make the foul water of industrial cities all over the planet drinkable. Yet, it got international politics wrong and lost everything.

In 1860, on the eve of Garibaldi’s liberation of southern Italy, the Kingdom of Naples was by far the richest, most advanced, most industrial state of the peninsula. Its next competitor, the Savoy dynasty, wasn’t half as vast or as powerful. Yet again, this was to no avail because Naples had gotten international politics wrong, and it disappeared from the map.

Then two questions for Beijing now: Is China as strong as Germany in 1914, the Qing dynasty in 1840, or Naples in 1860? Plus, does China get international politics right?

Very modestly also, it is not president Xi Jinping’s fault, as the standard narrative goes. The mistakes started after the financial crisis in 2008, when China tought the United States was falling apart. Still, it had roots in 2004, when China was surprised and didn’t budge when America started having difficulties in Iraq. In those years, China grew complacent and arrogant with its two crucial neighbors, Japan and India; it mothballed planned political reforms at home and in Hong Kong.

China then should have assisted the US as best as it could in Iraq and Central Asia to cement the new partnership started in the wake of 9/11. It should have sped along with democratic elections in Hong Kong and structured political changes at home. Also, it should have kept Japan and India on its side at any cost.

Beijing didn’t do any of that, while it was told so, and the result is China’s situation today. Is it good? One wonders.

Certainly, in Europe and America, thanks to the discovery of effective US vaccines, the Covid epidemic is waning, and prospects are that in 2022 it could be mostly over. A booming economic recovery is underway, and it could gain further traction next year.

What can China do now, then?

The action most consistent with its system and the internal balance of power is “nothing,” a modern-day wuwei 无为, or “inaction.” It would mean: Close itself off and strengthen internal cohesion to avoid coups or rebellions. Therefore, draconian anti-epidemic measures are also helpful to keep external political pollution out, wait for the US to fall apart and for China’s rivals to come begging on their knees for mercy.

It may work, but it may also fail miserably.

Closing itself is, in fact, impossible. China needs its foreign trade to keep its economy going; closing down hits that. Also, what can China do when the claimed territories of Taiwan or the South China Sea are politically taken out? Will it get into a war that it would undoubtedly lose politically, besides any military result?

What will it do if India tries to push Chinese troops back in the Himalayas? Start a war that again it will undoubtedly lose politically? War will bring about an economic blockade that would hit the sprawling middle class, solid supporters of Mr. Xi’s rule and beneficiaries of forty years of reforms and opening up.

China, in these instances, could choose to step back, and give up territories for peace and domestic well-being. But, after years of pent-up nationalist propaganda, it won’t be easy to give up land and say to its middle class, we have to give in to foreign pressure once more.

China is caught in a vise and would need a new set of ideas to deal with it. Does it have them? Without them, Beijing could be worse off than 1914’s Germany or 1840’s Qing dynasty. Or the analysis could be completely wrong, then it’s all good for China.

And as China is preparing for its third Lunar New Year during the pandemic—while other countries might well be out of it—it may be worth remembering that historically conflicts start at the end of pandemics, not during them. 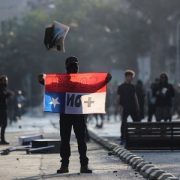 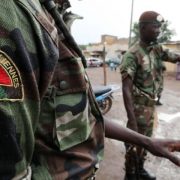 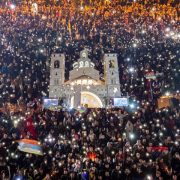 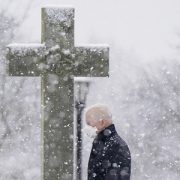 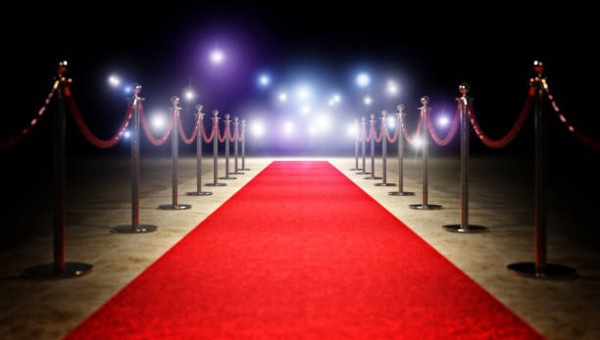