If in peacetime, in order to have peace, one has to prepare for war, then when in war, if you want a clear victory, you have to prepare for peace. That is, as we are facing the utter Russian defeat in Ukraine, the rest of the world, but mainly the US, the only superpower on the right side of the victory, should prepare for what kind of peace it wants and consider what goal it wishes to achieve here.

The world order the US thought out during World War II went unchallenged for eight long decades and kept most of the world out of large conflicts. Actually, the structure the US and the UK sorted out before World War II ended was so successful that when enemy number one, the USSR, collapsed thirty years ago, America, then the only remaining superpower, thought there was no need for revision.

The post World War II institutions and rules could simply be extended worldwide beyond the Iron Curtain, and those rules would take care of everything.

The victory then was also simple and largely unexpected. It was about toppling the Soviet regime, and that’s it. Once that happened, there was no need to think any further. German reunification and NATO extension were not planned and took place with pushes and shoves from single countries, without any grand mastermind in Washington.

But this was not true simply because those institutions were geared for a different time and a different situation that had already factored in the Cold War and the hostility with the USSR. Then with the fall of the USSR this global intellectual mindset, inherited from the 1940s simply could not work as the USSR was no longer there and the global political equation could no longer work.

Now, with the new confrontation with Russia and difficult ties with China, it’s time, in fact it’s thirty years overdue, to think about a great new framework for the world.

You can no longer adapt a little here a little there, be a little idealist and a little realist, a little collaboration, a little confrontation with Russia, China or similar countries depending on the winds and whims in Washington. It’s actually too complicated, and too easy to get it wrong.

A new overall framework is needed. This should have already been done at the end of the Cold War because the previous order collapsed, the US went on for 30 years ignoring this need; now if the US doesn’t do it now, the world risks chaos.

Only the US can drive it, simply because there is no alternative. China has still a limited and parochial worldview, Russia is trapped in 19th century mindset, Europe doesn’t exist as a center of political gravity and Japan, India or UK have still too little heft. It’s only up to the US to sort something out thinking of the whole world, not just of itself. Here grand politics is central.

The two most influential theories coming out of Washington in the past three decades, specifically about the end of history[1] and clash of civilizations,[2] both indicated the irrelevance of politics. One stressed the power of money, and the other de facto revised old concepts of different civilizations, entailing thus a hierarchy between them.

These theories had the great advantage of not tampering with the 1940s framework, but had self-defeating practical consequences. If your dollar is like their dollar and your civilization is not like mine, then I choose who has more dollars; today is you, tomorrow them.

Yet, thirty years later, if these theories had been totally correct, the US would have already been wiped off the map.

The theories had some grounding in reality; in fact, the appeal of money and cultural vicinity did make inroads and curb American dominance, which appeared paramount in the 1990s.

Yet, the experience of these three decades shows that despite the lure of money and civilizational proximity, twenty years of mistakes in the Middle East and Central Asia, and horrendous domestic rifts, the US is still there.

This is because there is a deeper “identity” and “value,” which is about liberty and equality before a fairly impartial law, incarnated in a free market and liberal politics. The appeal of this system can offset enticements of more money and cultural continuity.

The liberal system seems to be the backbone of American resilience in these decades and the overwhelming success after what was actually an American stroke of luck in Ukraine. It had an intelligence coup after twenty years of stumbles.

But now, for the US moving forward from here may be much more difficult.

The seed of an answer for the US perhaps can be found in another book by Fukuyama on the thorny and challenging issue of “trust.”[3] Besides money and naked power, how do you get trust in the international arena? Why is America, despite all its mistakes, more trusted than Russia or China?

Indeed, trust is also credit, and in the financial world, the two ideas go hand in hand. Credit allows money flows and returns; credit allows free flows of cash one way or another; cash can migrate along with people whose intelligence and entrepreneurship go to the host countries.

This international trust-credit of money and people broke the old mold of international politics centered on the interests of one state and one ruler. People and money can “betray” their state and ruler and move where they see fit.

This is a move away from the clash of naked power and the interests of a state or a ruler. If trust can be gained or lost, this opens the way for the power of ideas and discourse in international relations and domestic politics.

This has also led to ideological wars and to confrontations that can be solved by seeking a greater good, not by dividing up the cake, but by making the cake bigger for everyone, as the Pope said. Without a role for “discourse” diplomacy and common growth, the world would be carved up like it was in Yalta by large powers. But individual countries do not want to have a destiny chosen for them; they want to pick their own.

Of course, ideas always played a role in internal and international politics. Still, the point is that possibly after the American and French revolutions at the end of the 18th century, their role became increasingly large.

One can see that in the position of Wall Street. Despite misgivings about the American economy, its numbers, and its results, it is still, along with London, the unchallenged financial center of gravity.

Another example can be found in NATO’s expansion in Europe. Countries joined NATO because they feared Russia more than the US, i.e., they trusted Washington more than Moscow. America did not send paratroopers to Warsaw or Bucharest; these countries pushed to join the defense organization.

The trend has not ended. India appears to be growingly wary of Russia after the Ukrainian war.  Moscow does not look too dependable. It went into a risky war without proper calculations, and in less than two months, it is now utterly defeated; how can an ambitious country like India rely on it?

The invasion also creates new demand to expand NATO or build new NATO-like structures in all areas and coordinate them.

Then this creates new issues for China. Can it stand on its own without Russia or with an unreliable Russia? There seems to be a new way of thinking in Beijing.

“What is certain is that regardless of the outcome on the battlefield, Russia can be said to have failed politically, economically, and diplomatically.

More official statements came from an interview with the Chinese ambassador in Rome, Li Junhua,[5] who recognized the role of America and NATO in European security, something that could pave the way to a similar recognition of the US role in Asia.

The war in Ukraine puts an end to China’s original project of the Belt and Road Initiative (BRI), simply because a railway will not move past Russia in war. But the initial success of the BRI proves the world wants material infrastructure, which could be backed by Wall Street finance and guaranteed by US global influence and cybersecurity.

These peace initiatives, plus the existing trust in US liberal system and the present political victory over Russia in Ukraine, could help turn China around and pave the way for a future world order, possibly based on structures that ought to be different from those envisioned 80 years ago.

[2] Samuel P. Huntington, The Clash of Civilizations and the Remaking of World Order, 1996.

[3] Francis Fukuyama Trust: The Social Virtues and the Creation of Prosperity, 1996 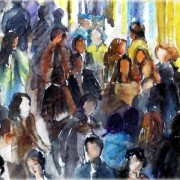 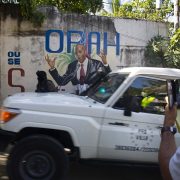 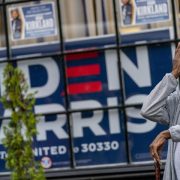 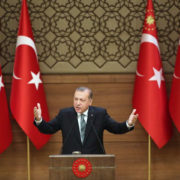 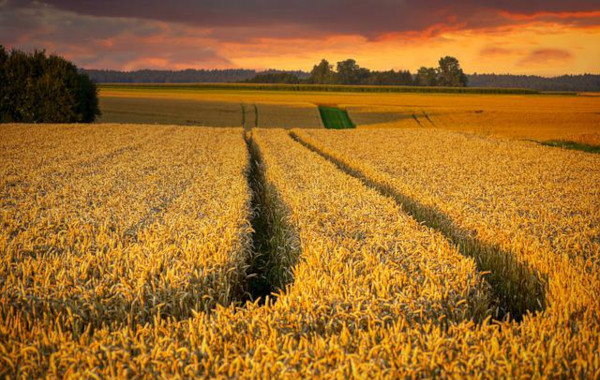