Home
Italia, Europa, Mondo
A Chinese conundrum with the US after Charlottesville
di: Francesco Sisci

The political crisis unfolding now in America, where the president’s top advisor Steve Bannon was forced to resign on August 18, is being followed with a mix of amusement and amazement in China. It is the latest episode in a long line of difficulties, which brought down five senior members of the executive branch in just seven months of governing, while some 70% of the positions in the different agencies are still unfilled. In all of this, some people in China see reasons to extol their own system.

Moreover, these dismissals might be only the beginning. The crisis that started with the clashes at Charlottesville between neo-Nazis and their opponents is still unfolding and there is no end in sight. US President Donald Trump appears under siege. He lost the confidence of major businessmen, who abandoned his advisory committees, and the support of his populist base is shaking as its standard-bearer, Bannon, has been ousted.

Certainly, the upper class, hoping for a massive fiscal reform, is still behind the president, and the populists have no one but Trump to look to. Yet, these two sets of interests could also be better served by a different president who knows how to handle the government machinery.

Then China. There is a crunch in America, no one doubts, but what will happen with this? Will it be good or bad for China, and how China should react? So far, there is no clear answer to those questions.

From Beijing, it seems that both the Democrats and Republicans have failed the American people. But a deep split in the American sense of unity—what makes America such, e pluribus unum according to its national motto—would invite greater global competition, which could turn very dangerous for the world and for China.

If there is a deepening split in American politics, the US can in general decide a) to pull out of international affairs or b) to try to project abroad even more.

If they go for the first option, there will be more competition and war between would-be successors to the “iron throne,” as there is no general agreement on who should be the successor. China is a country with a very large GDP, but it also has the largest pool of rivals and adversaries.

If the choice is the second one, the US could drive major competition or a cold-hot war that will reestablish its internal unity against a common foreign enemy, and in this China is the conceivable enemy. Both scenarios seem horrible in general and for China in particular.

These are long-term considerations, but in the shorter term there are other concerns. So far a visit of US President Donald Trump is scheduled for next November, shortly after the 19th Party Congress. It was conceived as a great honor. The US president would be the first to receive first-hand accounts of the congress and, as is customary on these occasions for China, he would also receive also some gifts—that is, concessions to some US requests.

By that time, Chinese President Xi Jinping will have vastly renewed the Politburo and the Central Committee, and could be in the position for an important opening to America. But gifts in China are a two-way street, although traffic might not be the same in both directions. So what China is willing to concede is also part of the calculation along with what China might hope to receive.

However, all calculations may be off base if the US president is under siege. Any concession to him might backfire, and be used by his enemies to prove that China is evil and Trump is worse. And conversely, if Beijing offers too little, it may be portrayed as stingy and haughty, and thus add another layer of hostility. In short, the China visit will be played also in US domestic partisan politics in ways that for Beijing are hard to fathom and predict, and are all very dangerous.

This thinking is occurring while there are two flash points at China’s border: North Korea and the Doklam standoff with India. They could go off anytime, or never. Plus there are the old festering issues of the South China Sea, the Senkaku/Diaoyu islands, and Taiwan while protests in Hong Kong are persistent. 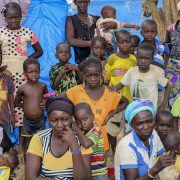 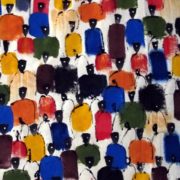 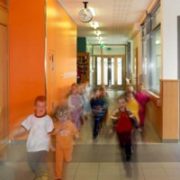 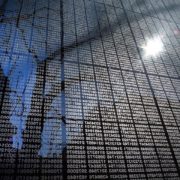