The recent racist and xenophobic clashes in Charlottesville are no longer just an American internal affair, but because of the US’s role in the world, they cast a shadow over American leadership in the world, what kind of leadership it is going to be, and thus become an international matter.

If America were to spin into a racist country, it would turn its back on over a century of progressive and enlightened role in the world, and it would force the international community to rethink many of its values. Professor Lu Xiang, at the American Institute of the Chinese Academy of Social Sciences, argued in the past days that the idea of “America First” abroad translates to “White First” at home.

In fact, both statements are signs of deep weakness in Washington. America is already first in the world, and to argue that America ought to be first is tantamount to admitting that America could become second or third. White people are in every respect the majority and the privileged segment of American society, and therefore the fact that supremacists feel endangered proves their weakness, not their strength.

As an Italian, this situation looks somewhat similar to what Italy was facing about a century ago after WWI, when for the first time fascists were on the rise. It was the first fascist party in the West, and at the time, the communists and liberals attacked them bitterly without drawing distinctions between the abhorrent ideology and the common people who felt drawn to it. In Christian terms, this would be to blame the sin but not the sinners.

Years later, while in fascist prison because he was betrayed by his comrades, communist thinker Antonio Gramsci argued that those attacks made enemies of many demobilized war veterans who then joined the fascist movement because they felt lost, and belonged nowhere.

Gramsci underscored that the communists and the liberals didn’t realize, and didn’t manage to speak to the veterans who were from the lower and middle class just like the workers they were actively trying to recruit. Those veterans then then became more sympathetic to the fascist cause. Perhaps a similar thing is happening with the United States now.

Many East or West Coast liberals perhaps failed to understand the plight of the white working class, who have seen in the last two decades their income shrinking and their social status losing significance. Thus they fall for the easy demagoguery of people who blame foreigners for this debasement.

In reality, it seems that the bigger picture is that the American identity is changing in unprecedented ways. The old WASPs (White Anglo-Saxon Protestants), for centuries the backbone of the American society, who took pride in being WASPs are becoming a minority. Immigration from Latin America, from Asia and the rest of the world is altering the cultural DNA of the country.

It is a historic moment for the US, as this cultural DNA has been part of America since the time of the Pilgrims, even before independence from England. America is becoming more and more no longer predominantly white, Anglo-Saxon, and Protestant, and this can be a positive element provided that the old layer of the country remains an important part of society.

If the old majority of the country is totally dismissed and looked down upon, then of course they will fight for their lives. It is therefore a time for great renewal in the United States, but no one can afford to side with one half of the country while dismissing the other half.

Moreover, the people standing behind the Nazi flags are a significant part of the country, but one cannot side with them against the other half made up of citizens who want to embrace a new, different USA with newer immigrants and are possibly the future of the country. This would give up the opportunity for change and renewal of the US.

As Gramsci was arguing, one has to distinguish between the demagogues and the people following demagogues. If one doesn’t draw a line between these two, then we have already fallen into a trap and we are already losing. The failure to regain unity in the country can be extremely dangerous.

In 1204, shortly before the Venetians sacked Constantinople and prompted the demise of the late Roman Empire, the city was the most powerful in the Mediterranean. In fact, the Venetians were brought in by one of the warring factions competing to rule the then mighty empire. It was divisions in the leadership in Constantinople that actually brought down the empire. Are the same divisions threatening the US now?

The strength of the US, however, just in these hours has proven immense. The fiercest critiques against racists and xenophobes in Charlottesville are coming from the US, and thus United States proves it has enough energy to overcome this difficult moment and again find unity.

The essay in Civiltà Cattolica by Spadaro and Figueroa proves prophetic as it pointed out the danger that some of the demagogues have hijacked Christian religious symbols and quotes.

In all of this, Christians—and the United States prides itself on being Christian—have, especially in this moment, a responsibility to protect their flock and their people, to reach out to the people who are losing their old American identity, and to clearly oppose the fascist elements of this movement. 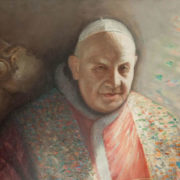 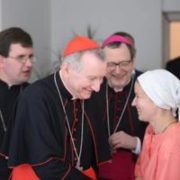 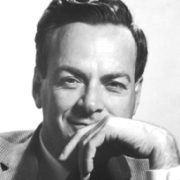 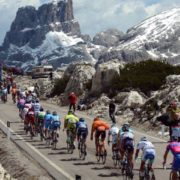 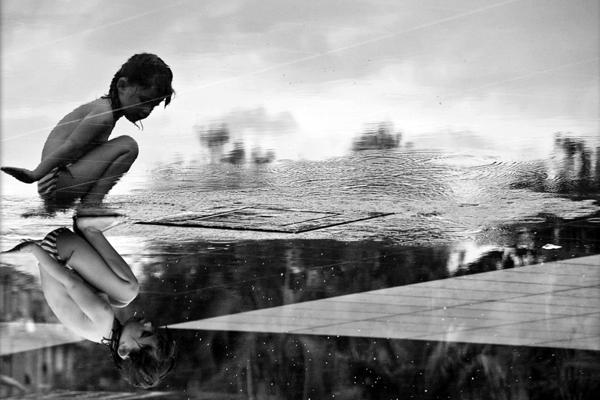