The actual numbers of the midterm elections perhaps mean little. It was a win for the “Trump model” however one wishes to define Donald Trump’s way of holding the US presidency. He is alone among his fellow Republicans and the Democrats so far have no one who can credibly challenge him. Therefore, the next two years will be of “turbo-trumpism” in order to earn the coveted second term as head of state. This might not be good news for China. Trump’s confrontational USA could not be too keen on small sweet deals with Beijing.

China is working hard on preparing the meeting between the two presidents Trump and Xi Jinping in December in Buenos Aires, perhaps symbolically Pope’s Francis hometown. Xi reportedly said meeting Henry Kissinger on November 8 to prepare the talks with, the summit will be a success.

Yet, China is not the only US international concern. Europe is growing brittle with a simmering conflict between the EU authorities and Italy, while the UK seems set on its Brexit, and Germany’s power is being sapped by the decline of the traditional parties and the resignation as Party Leader of Chancellor Angela Merkel. All elements that are undermining the Union.

To see a way for the US to unravel the European mess, perhaps we need to take step back – and this might also help with China.

In the middle of the 19th century, Prussia found in its control of Germany the tool for dominance in Europe. The earlier drive for conquest by Napoleonic France provided a roadmap to achieve it. Then Europe was more than the center of the world; it was most of what mattered in the world.

Prussian Chancellor Bismarck saw in the fate of the French general the risks of overextension and stopped envisioning the geographic, economic, and cultural dominance of the continent. Its rivals, Great Britain, France, and Russia encircled Germany, building extensive transcontinental empires that could offset Berlin’s position on the old continent.

This was the backdrop of the 20th century: a hundred years of war, pitting in the first half Germany against the other three (with a swing role for Italy that didn’t influence the end result), and later with Germany split down the middle, with the UK and France on one side and Russia on the other. It was the Cold War, which could have taken place also for two reasons: Germany was cut into two halves, and the US directly entered European political dynamics.

Now, almost 30 years after the fall of the Berlin Wall, and thus of reunification, Germany has regained its political and economic clout on the old continent, yet for better or worse, it is a different country in a different continent and different world.

Europe is no longer most of what matters on the planet. For some 70 years, the center was the Atlantic, but since the rise of China, within the rise of Asia, the center of gravity has shifted to the Pacific. Europe was waning, in the periphery of these transpacific exchanges, and de facto it was dealing with Asia through America.

Europe regained some centrality with the launch of China’s new Silk Road, the BRI (Belt and Road Initiative), and all the rival projects coming from India or other competing countries in Asia, but still the individual countries are in no position to play a role in Asia.

In Europe, Germany is by far the most powerful country, and the continent has been redrawn. The UK and France, for different reasons, have stopped being a counterbalance to Germany. The UK wants to exit the EU, which provides a new framework for continental ambitions, and France is unable to move beyond its national horizon, which puts Paris first and Europe after.

Russia, pushed back behind the Ukrainian plain, is looking for a new destiny, but clearly fears for its territorial integrity. Thus while Moscow woos each and every European country, it dreads a politically strong EU— just like in the east it courts Beijing but rubs shoulders even more with all of China’s rivals, starting with its old pals, India and Vietnam.

Germany itself apparently desires to become some kind of larger Switzerland: economically mighty, neutral, and cordoned off from the rest of the world by a buffer of minions, sharing German ambitions and a German mindset.

This is the present reality of the area. Yet is it sustainable? Apparently not.

Swissification of Germany? Not possible

The Asian rise has triggered a continental economic movement toward Europe and kindled new growth and development in Africa. This has moved a large inflow of Asian investment and trade to Europe and helped the growth of a new middle class and of mew ambitious low class aiming to move to Europe to find better opportunities.

The EU and Germany reacted to all of this in an uncoordinated way.

Germany asked for shares of the Chinese market since the 1990s, and with the profits, it financed reunification and market expansion in Europe. But it did so also by crushing European competitors in that market and thus stopping their growth in Europe. It welcomed and received Chinese investments, still now, worried about massive IP (intellectual property) theft, wants to channel them. But what about Chinese investments in Italy or Spain? That, through the EU, trickles or gushes into Germany.

Migrants from Africa present the same challenge. Where should they be stopped? In the Alps at the Brenner Pass, or right off the Libyan coast at Lampedusa?

Germany so far has worked the EU a little like a supermarket where you can pick and choose, but you are not responsible for the whole management. In the long run—and 30 years after the fall of the Berlin Wall is the very long run—great German planners know this can’t work forever, and it can’t go on.

Germany needs a clear program and goal for itself and for the EU. Possibly this is the backdrop for the resignation of the great Merkel as CDU leader.

Germany is between two chairs: it is no longer the “small Germany” embedded in Western Europe and set against the USSR, but it is not Europe either. It is almost like a modern version of Prussia within the remains of the Holy German Empire. In this case, perhaps the historic example goes further back. Frederick II Barbarossa (1122-1190) tried to put down the restive Italian city-states and was beaten into retreat at Legnano. In the 13th century, his grandson, also Frederick II (1194-1250), conversely managed to rule Italy and Germany from Sicily.

Perhaps history is repeating itself. Europe is no longer isolated. Asia and Africa are stirring up and moving towards Europe and thus pressing on its southern and eastern border, Italy. In a similar fashion, back then Europe was confronting the weakening of the Byzantine Empire and the rise of the new Turkish power in the eastern Mediterranean and North Africa.

The US for a new Frederick II solution for Germany?

Now the world is very different, and America is and will likely remain the sole superpower. A new, more decisive, and more European Germany needs a strong partnership with the US, the midwife and caretaker of the EU.

Here there is the other piece of the European puzzle.

The US can’t think of dealing with China and the rest of Asia on its own. Its growing tensions with the Asian giant will not be completely settled easily or soon. It is ultimately about defining the broad strokes of the future world, and the future rules of the economy, trade, and politics.

It is impossible for Washington to think of mending this on a bilateral level with Beijing. Everybody, starting with Beijing, will try to go around whatever agreement is clinched by bringing in other partners, and the EU is the largest economy in the world.

This is simply because the world is full of options, and thus everybody will naturally try to play all the sides it can.

The US therefore may need a new stronger Europe to help draw the picture of the new world where China and Asia have a place according to particular rules.

This German issue is in the end an American issue. America has a bipartisan sentiment about how things are developing with China, and thus it wants to redraw the rules there. But this is not just a regional thing. It involves the rest of the world and thus the EU. A weak Europe, clumsy both as an individual state and as a union, sooner or later will fall prey to the first decisive power on the horizon, be it China or Russia, or tomorrow Turkey or even an aggressive India, Nigeria, or Ethiopia.

What kind of Europe does America want for the next 30–50 years? If Washington doesn’t decide fast enough, Europe, which now “belongs” to America, could decay beyond any possibility of recovery and thus it will be a land of conquest by others.

Surely, at the meeting between Trump and Xi in Buenos Aires, the two will not be alone. The elephant in the room will be Germany-Europe. 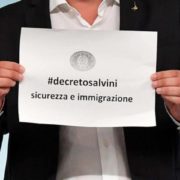 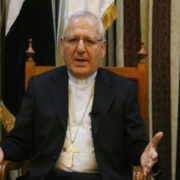 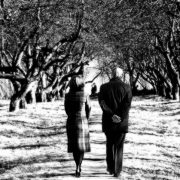 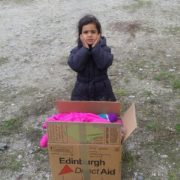 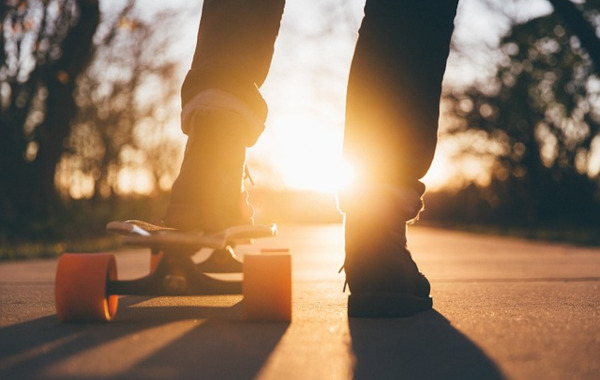