Home
Informazione internazionale
Rising Turkey and its too Many Enemies
di: Francesco Sisci 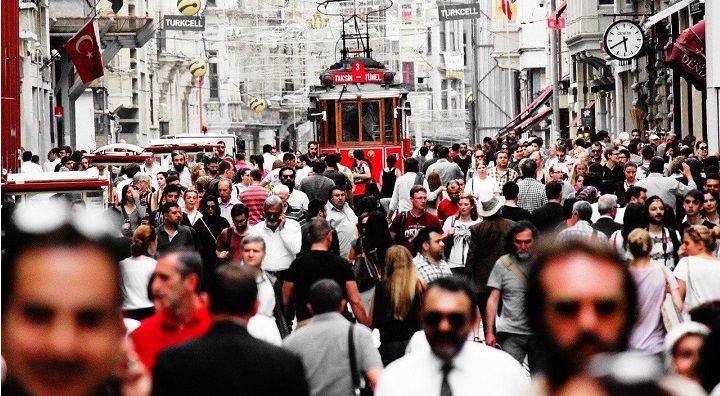 Turkey is stretching its political footprint and ambitions from Central Mediterranean to Western China. But there are a few lessons of tolerance and modernization to take from its Ottoman legacy and its modern political sponsors – US and Germany.

On the surface, Turkey is actually a midget. With a GDP of less than $800bn, it is almost one-third of Italy’s economy, certainly not the size of a geopolitical giant. However, with a population of 85 million and claims to representation of tens of millions of Turkic people spread around Asia, claims to the legacy of the Muslim califate, and the historic victory over the Byzantines in 1453, it is a global superpower that could play a major role in the fight that just started against China.

Turkey under Teyyep Erdogan has been spreading its wings in the region and beyond. Yet, this latest incarnation is not just the brainchild of the president. Since the fall of the Soviet empire, there has been a mutual interest between Turkey and Turkic peoples of Central Asia. Turkey has proved its mettle in recent years in containing and beating both Iran and Russia in Syria and Iraq.

Although Ankara has also been cracking down within Turkey and in former Northern Iraq on the aspirations of the Kurds—the darlings of many Western liberals—Turkey has been the most effective force to hem in Iran, which was supporting Syria’s Assad goals. Turkey also managed at the same time to restrain and apparently root out the Islamic State, which had been a constant threat for the Western world. Ankara also stopped the flow of immigrants from Syria into Europe, thus giving breathing space to the European Union, almost flooded and overwhelmed by the immigrant problem.

That is, Turkey managed to deliver and became de facto the bulwark of NATO in the region, and it could project itself east… and west. Of course, for each service Ankara claimed a reward, but this further enhanced her bargaining position. Then perhaps, it’s no surprise that the intelligence services of the United States, United Kingdom, and France are now all headed by experts on Turkey, all fluent in Turkish.

Past and Present intermingled

For the past couple of years Americans had been urging Italy to move into Tripoli in support of the local government and to regain control of the local situation after the Russians had moved in with “volunteers” and equipment in support of East Libyan General Haftar.

After years of Rome dragging its feet on a massive Libyan intervention, the Turks moved in, possibly with the blessing of Washington, and stabilized the situation in Tripoli. This for Italy was a major blow as it brought back the regional situation to over 100 years ago, when in the 1911 Libyan war it dislodged the Turks from Libya. But the Turks again managed to deliver a significant goal, which was to check the Russians.

Moreover, Turkey could play a crucial role in the geopolitical fight against China. Eight million Uighurs are about 0.5% of the Chinese population, yet their political activism far outweighs their numbers. Xinjiang, home of the Uighurs, is about one-quarter of the whole Chinese territory. To regain effective control of the region, Beijing has undertaken a controversial campaign to allegedly send one million Uighurs to reeducation camps. These people, although suppressed and with little sympathy among the Han population in China, are extremely thorny.

Their leaders out of China have good understanding of Chinese politics, unlike their Tibetan counterparts. One of them, Wuerkaxi was a leader of the Tiananmen movement, and another, Nury Turkel is a very well accomplished lawyer and polyglot in America. Both were children of the local Uighur “aristocracy” brought up by the Communist education system. Therefore, these people know quite well the inner workings of the party and command high respect among their fellow Uighurs.

This is very different from their Tibetan counterparts. The Tibetan aristocracy followed the Dalai Lama into exile in 1959, and from then on, the Communist Party recruited its local cadres among the ex-slaves who had little or no respect in the Tibetan community.

Therefore, Tibetan society has since been broken down with little unity, and those who understood the party had little or no respect from the Dalai Lama.

This is very different from the Uighurs. Now of course the campaign of reeducation and the massive flow of Han (China’s ethnic majority) immigration into Xinjiang could very well undermine any clout the local population has in that land. However, the appeal of the Uighur cause could be very strong in Central Asia, especially if backed by the Turkic legacy and an American drive. Turkic people in Central Asia are extremely divided and at odds between one another, because of ancestral tribal feuds and new frictions between their newly established states. Yet they all look to Istanbul as their cultural cradle.

In all this, the return of Hagia Sophia, the massive monument in Istanbul, as a mosque is a symbol of the cultural if not religious restoration of the Turkish caliphate, and a call to the ancient glory when Turkic people ruled all over central Asia. The Hagia Sophia had been built as the largest church of Christianity during the Byzantine rule, then it was turned into a Mosque, when Mehmet II took the city from the Byzantine, and a century ago it became a museum as Turkey then vowed to distance itself from its Islamic legacy.

The outreach of Turkey into Central Asia, right at the heart of one of China’s most controversial issues, could become very important if it manages to mobilize and unite modern Turkic populations of Central Asia in an anti-Beijing stance. Many of those states, despite their differences, have growing qualms with Beijing, especially boosted as they follow the fate of their fellow Turkic Uighurs.

In this sense, the economic weaknesses of Turkey, and its patent inability to get its economy together, could prove to be an asset in disguise. With overblown political ambitions and little economic strength to back it up, Turkey becomes more dependent on its patrons, the United States and Germany (in place of the European Union). In this situation, Turkey could be rewarded even further with a greater role in the Mediterranean.

Turkey by its presence would create a three-seas link: the Mediterranean, the Black Sea, and the Caspian Sea, all lined up by the Turkish presence. This would be a Turkish Silk Road with anti-Chinese connotations that could be supported by India, the European Union, and the United States. This support would be essential for Turkey.

After the 1453 victory, the Ottomans established a monopoly on the eastern Mediterranean and Central Asia that eventually forced the European to reach Asia from the west, something that led to the discovery of America and the eventual demise of the Turks. Modern “Caliphate” then ought to avoid the mistakes of the past and garner as many friends as possible rather than enemies.

Enemies or not? The Pope

Presently, in this picture, some countries may be unhappy with Turkish global ambitions. Egypt, Greece, Israel, and Italy, although firmly in the Western camp, are ill at ease with the new Turkish posture. However, none of them alone or in alliance can make up for the services that Turkey has provided and could provide in the future. Yet Turkey cannot just depend on American good offices to get along with these countries.

The main goal that the United States envisions now is the containment of China. It is therefore very unlikely that either of these countries would openly go against American wishes or even try to undermine them. This brings the ball back into Erdogan’s court.

Erdogan cannot carry on his massive ambitions just thanks to economic and political handouts by the United States and Germany (where Turkish immigrants are a political force of their own). The Ottoman sultanate was able to survive and thrive for centuries because it commanded the loyalty and respect of a multi-ethnic and multi-religious population. There were Christians, both Orthodox and Catholic; there were Jews; and there were Muslims of all sects.

Erdogan cannot just press on the pedal of Turkic identity and Muslim faith. He must reach out to the Christian world, in a modern way, to gain more of its support and to non-Turkic ethnic minorities, such as Kurds of Persian descent, or Arabs and Jews. This could help Erdogan inch closer to the European Union, the United States, and Israel, which in turn could help turn the Turkish economy around.

In all of this, it could be crucial for Erdogan to reach out to the Holy See. The conversion of Hagia Sophia into a mosque was seen by the whole Christian world as a historic defeat of Christianity. A hundred years ago with the revolution of the Young Turks, the massive temple was turned into a museum—that is, not a mosque, not the original Christian church—as a sign of transformation towards the Western world and first admission of modern Turkey into the system of Western alliances.

In this sense, the persecution of Christians in Turkey or the suppression of non-Muslim faiths could be a major drag on Erdogan’s ambitions.

Allowing Christian activity in the Muslim world has been a long-awaited signal and could bring about huge political dividends for Erdogan. Now is the time for Erdogan to collect on 30 years of Turkish efforts, but he has to deliver something that goes beyond military and political prowess. The key is a reconciliation with the past. The turn of the Hagia Sophia skips the past 100 years and reaches out to the Ottoman. But at the height of the empire the Ottomans were a very complex reality.

Turkey needs to set in motion its economy and for this it needs friends and also a more liberal internal society. Without an efficient economy and friends all political dreams go bust, and the oil of Arab friends/clients, sold at declining prices, can’t last too long.

Moreover, Ankara needs to reconcile with its past. The near past is also the grudge against not being admitted to the EU. Now it’s clear that it was a blessing in disguise. If Turkey had been in the EU it could not have pursued her geopolitical goals and given the poor performance of its economy it might have been now in a worse crisis than Italy or Greece and the dealings with the EU could have further soured Turkish sentiments.

Furthermore, Ankara needs to reach out to Greeks and Armenians, reconcile with the her past. Greeks and Armenians had been for centuries an integral part of the Ottoman. Possibly the break of the relations with the two Christian groups also contributed to the fall of the empire. If Turkey wants a glimmer of its past it has to find a new future with these two important neighbors, and this could also start by recognizing many of its mistakes, the ethnic and religious persecutions, of the past.

With this, the future of Central Asia and of the three-seas system could be set on a different course. 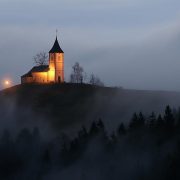 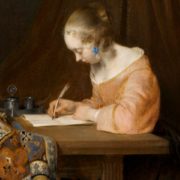 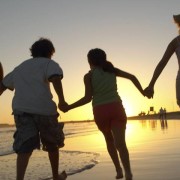 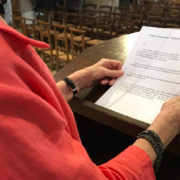 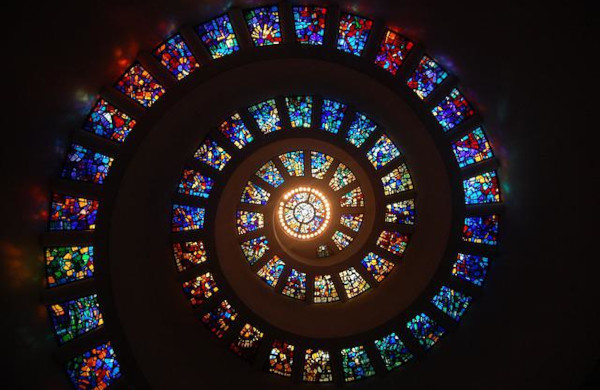