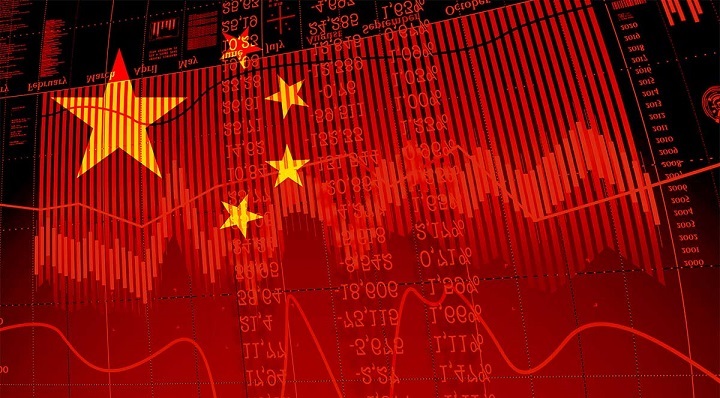 It was clear to Napoleon three things are necessary to win a war: money, money, money. It was clear perhaps also because he knew well that France had a worse financial system than England. England against napoleon was basically expelled from continental Europe.

It lost almost every land engagement for about twenty years, since the outbreak of the revolution in 1789 until the battle of Leipzig in 1813, yet persistently managed to collect the funds to bankroll new wars, win new allies, and eventually break France and its ambitions.

England did that because it had better credit.[1] The people who lent money in the world trusted England and its old institutions rather than the new upstart self-proclaimed French emperor.

Napoleon understood the geopolitics of the time, that was already unfolding on a global scale, and tried to fight his way through commerce. He conquered Egypt to try to cut off London’s trade with the Indies, and tried to regain control of Haiti to assure exchanges with North and Central America and cull English sales of sugar and cotton. Both failed, because they were wars that could not be won according to European standards and without full control of the sea lanes, which were in the hands of the Admiralty.

In the end even the undisputed French hegemony over Europe, the heart of history at the time, didn’t amount to much and Napoleon lost it all. It was lack of credit and trust that foundered French finances and thus its armies and ambitions.

Credit then and now has an easy way to be measured: it’s the number indicating interest rates. The greater the trust, the lower the number, and vice versa. This number should be a stark warning to China. Presently China’s central bank has brought down the standard rate to 3.85%, trying to boost the economy out of the Covid doldrums. In the EU a similar interest rate is 0.26%, and in the US it is 0.25%.

According to these figures, one should borrow in Europe or America and invest in China, but this is not happening because Chinese currency, the RMB, is not freely exchangeable and investment is not easy to get into China and is even more difficult to pull it out of China. Moreover, if China were to make the RMB fully convertible, money would first flow it to take advantage of interest rates, but then it would flow out to hedge against poor fundamentals and cash out.

Then Chinese economy could easily collapse bringing down the political system, like it happened to Indonesia or the Philippines in 1998, with the Asian financial crisis, where a similar mechanism was at play.

Four years ago, I argued that:

“State-Owned Enterprises (SOEs) have not been reformed; private entrepreneurs are losing confidence, and the stock exchange is still bedeviled by endemic insider trading… There’s a deeper reason: China’s old business model based on corruption and political patronage has collapsed, thanks to Xi Jinping’s anti-corruption campaign. But the new business model supposed to replace it is yet to take shape because conservative forces inside China’s communist party oppose the changes… In a nutshell: SOEs must be privatized. All other measures, including the recently proposed debt-for-equity swaps, are palliatives that can gain some time but ultimately will worsen the situation. Who decides what SOEs’ debts to swap and what SOEs should simply be closed? These decisions, clearly out of the market and taken by some official eager to save his career, leave huge room for mistakes, waste and corruption. These all are elements that complicate the matter and do not solve it… China, unlike Eastern Europe at the time of the fall of the Soviet empire, has capital and capitalists to carry out this privatization. Therefore, to decide to move on with it is only a political decision, as it would change deeply the nature of the country. Will the party do it? We don’t know, there are many vested interests sucking on the tits of underperforming SOEs. But we know that in a few years this mountain of debt will weigh even more on China’s economy and might become an issue of life and death for the party and for China.[2]

This reform has not taken place in the meantime and it is possibly the single largest hurdle on the Chinese economic and political system. China thought it was not urgent and could put it off for a few more years. After all, some reasoned in Beijing back then, everybody had to live with the reality of China as it was and could not put it out of the global economic system. Yet four years later, this reasoning can prove wrong.

It is true that China plays an important role in the global economy and it is the major single buyer of US Treasury bonds, but Beijing is far from being a protagonist of global finance. New York and London dominate the world financial markets. Hong Kong took a beating after the protests, and it is unclear whether it will recover its former state of financial grace.

This financial separation and isolation piles upon a larger issue with the Chinese market, in theory the largest in the world. India’s demographics is soon surpassing China’s. India has already more youngsters than China and soon it will have a larger total population, then Delhi will be able to boast the largest potential internal market in the world, beating China at the game it has been playing for the last 40 years.

Moreover, India is united also by English, de facto the lingua franca of the subcontinent. English also joins India to the western world, unlike Chinese that cleaves Beijing from the rest of the world. Then the Indian domestic market, large, in English, regulated by common law courts, in a democratic country, could become more attractive to investors than the Chinese one. This doesn’t take into account the large Indian problems: the separation of castes, of religions, of ethnic groups, all issues that almost don’t exist in China. But after all it’s also how you spin your story. Is India really so much worse than China?

Then, there is the question of whether Beijing fully grasps the relationship between politics and the economy.

The FT reported[3]: “In recent weeks, more than a dozen Chinese cities have imposed restrictions on electricity use as growing demand for energy owing to the country’s post-coronavirus economic recovery collides head on with a shortage of thermal coal. The shortage underscores the dilemma Chinese authorities face in balancing their muscular approach to international diplomacy with the needs of the economy. Chinese energy and industrial groups have said the problem is partly due to an embargo on Australian coal imports, which many power plants in the country depend on, as tensions between Beijing and Canberra simmer.”

Perhaps there is something very relevant here. Some 20–30 years ago, China was poor and it could live with shortages, a little less of this or a little less of that. In fact, if you have electricity only eight hours a day you can make do with seven or even six hours, and you may not even notice the difference as you are used to living most of your day without power.

But if you have electricity all day long, then an hour-long blackout causes you to panic.

Now that many Chinese are used to an abundance of resources, what will they do about shortages? Can they make do with a little less? Of course, now there is Covid and Chinese authorities convincingly say that some foreigners are really mean to China. But if shortages persist or even increase, will people get used to the new life or become unhappy?

This might depend on two things: how long there will be shortages, and how good the official narrative will be. And on top of that there is, of course, the possibility that there could be an effective crackdown on dissent through massive control by the internet, telecommunications, and AI, although Beijing may want to refrain from massive recourse to coercion.

In fact, since attrition with some foreign countries can be long and complicated, Beijing might consider stepping back from this tiff with Australia with one excuse or another, in order to not suffer losses with Australia, which, with all due respect, is not a great power. In the future, Beijing may want to pick its fights with greater wisdom… or pick no fights at all.

In other words, Beijing might want to reconsider its policy of sanctions, which are very difficult and delicate for the US, the present superpower with a large web of allies, and would be much more difficult for China, without America’s size and alliances.

Or this is part of a different reasoning. China may want to use the squabble with Australia to wean its industry off imported coal, develop its own energy alternatives, and maybe restructure its coal industry. That would mean Beijing would be willing to undergo some short-term economic costs in order to gain some political and strategic advantages.

Here, there would be lessons for other countries. If China is disposed to pay some economic price for strategic and political goals, then other countries should do that too. Presently, the most significant opposition to decoupling China from the US-dominated global economy is that this would impose massive costs on everybody, costs that nobody would be gladly pay. But if China is keen on paying a price to decouple from Australian coal, shouldn’t the others learn from China? That is, wouldn’t the handling of Australia set an example for other countries to follow?

In the end, Australia is not just “Australia” but it is part of a global entity where every country will feel it can become the next “Australia” for China and therefore better react.

Then, the Australia issue either imposes extra costs for China (in the first scenario) or it pushes Beijing to close down (in the second scenario). In either case, its credit/trust is further dented.

This leaves Beijing with the very difficult question: what to do if all is a lose-lose proposition? The historical answer would be to stop, come to an agreement, and secure the gains it managed so far. With hindsight, if Napoleon had not invaded Spain in 1808 and had sought an arrangement with England, now perhaps most of Europe would be united under France. But that is history and it’s about Europe—maybe it doesn’t really matter to China. 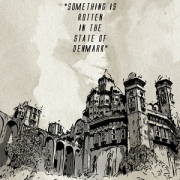 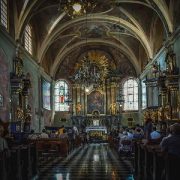 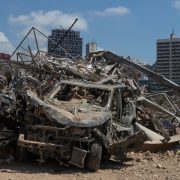