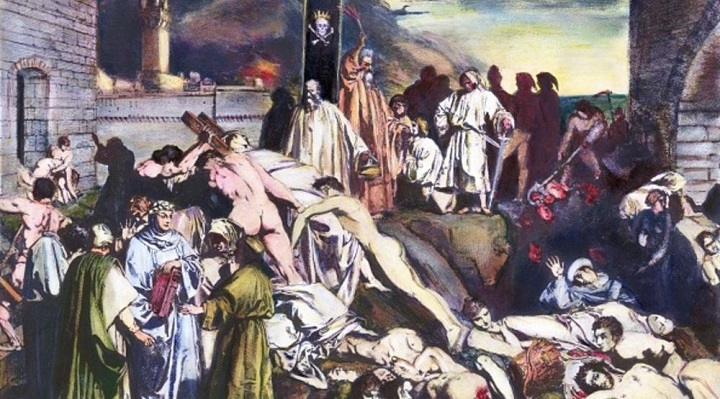 The extraordinary leap in wealth and wellbeing of the last two centuries came about also from the political order based on independent states set from the Treaty of Westphalia and from the English Revolution, both in 1648. Yet these landmarks came also from the outcome of a plague, not too different from the present Covid.

The last great plague of the Western world occurred in 1630, in the middle of the Thirty Years’ War. Some Swiss mercenaries paid by the Habsburgs passed through Milan and northern Italy, and on their way spread a deadly virus. Over a quarter of the total population in northern Italy, some one million people, died because of the epidemic in one year.

After that, the war took an even more bitter turn. The Habsburgs, who were the lords of Milan, then the richest part of Europe, hurt badly. They withdrew from their trade with China and poured American silver not into the purchase of Chinese vases and silk but into weapons for their fight.

After imports of Mexican silver halted, the Chinese economy suffered massive inflation that in ten years quadrupled the value of silver, starved millions of peasants, and kindled the Li Zicheng’s uprising that toppled the Ming dynasty then ruling China.

In Europe, the flow of Mexican silver proved insufficient in plugging the loss of the Italian economy. The Habsburgs basically lost their bet in affirming their rule over Europe and the Mediterranean and had to come to an agreement in Westphalia in 1648 that basically set the basis for the modern world and modern capitalist development that for the first time in human history created a progressive quantum leap in economic, technological and social progress.

Something is similar in those times to the present world with Covid. Similar to the 1630s plague, Covid also started with tensions that now we politely don’t want to call “war” but search for all kinds of synonyms. The outbreak of Covid in Wuhan certainly expanded into a full-scale epidemic because of a lack of mutual trust between China and the Western world.

China was cagey about the spate, and it is still reluctant to have a full opening of its data for fear that foreigners would find it guilty in one way or another of it. Americans and the Western world also didn’t believe China at the outset and grossly underestimated what was going on in Wuhan, confused by many contradictory reports.

Right at the same time of the treaty of Westphalia England experienced the first modern revolution. In 1649, Cromwell gained power and the king of England was beheaded, it was the end of the king’s divine right to rule and the beginning of the principle of people’s sovereignty. In the same years the Manchu took over China.

From that we have two basic elements that would shape human life in the following centuries up to today: a clear-cut political order based on states with their own prerogatives, and a move toward a liberal society based on people’s sovereignty and freedom.

This would entail another extremely important gnoseological element. Knowledge and thus decision-making would no longer be the preserve of a few privileged enlightened people but open to all who could contribute to the state and the economy. It was the beginning of the liberal world, which created unprecedented development and miracles in human history: demographic explosion, extension of life and improvement in the quality of life, and mass perception of wealth and welfare.

Moreover, the market exchange was being based in the following centuries of liberal society on the idea of “transparent costs” building up a final price adding the price of the machinery, the salaries, the land, the raw material and a reasonable profit. Before that market exchange was the place of trickery, where a good bargain could be obtained by withholding knowledge of the true value of your goods, and the possibility of forcing the other party into accepting the bargain by force or the threat of force. Markets for centuries had been under the protection of God Hermes, the deity of knowledge, exchanges, theft and trickery.

Then, this liberal order is not “natural.” It was achieved after millennia of strife and failed attempts against political systems that, for most of history, concentrated power, and thus knowledge and wealth, in the hands of the few.

In fact, this historical trend for concentration of power is so stubborn that liberal societies had to fight their way through against old absolutist monarchs in the 18th and 19th centuries and absolutist totalitarian ideologies in the 20th century.

Now they are challenged by greater or smaller autocratic temptations in the world and also within liberal societies.

Liberal societies are extremely fragile, delicate, and unstable. They have to be defended, safeguarded, and advanced with great political attention. This work is relentless and can’t be stopped as liberal societies and democracies can always slip into totalitarian regimes.

Competition was first with absolute monarchic rule, then with totalitarian regimes.

The present problem started after the Cold War, when the United States apparently forgot that the intricacies of the free market and society depended very much on a safe, sound, and delicate political environment. It took for granted that history had ended, and believed that the liberal world would impose its rules naturally and not thanks to the strenuous efforts of politics, and it thought that the main strife was not about affirming more solidly and firmly liberal values and markets that created development and wealth for everybody, but the clash of civilizations between Western and non-Western worlds.

Those theories were extremely “sexy.” They flashed out like a science fiction novel: ideas that would stick in people’s minds very easily and had all-encompassing explanations. Conversely, the effort of building and reinforcing fragile political liberal environments was drudgery, gray, not sexy at all, and boring. It was something that was totally unappealing in a world where the United States felt it had managed to impose its values against an extremely formidable enemy, the USSR.

Then now what will come out of this epidemic, which was possibly more formidable than the 17th century epidemic and like that epidemic occurred in the middle of a historic confrontation? There are no answers yet, and everything is up in the air. Liberal societies are fragile and autocracies are very strong. There are no certain outcomes. But history doesn’t bode well.

In the past, liberal societies drove change and development in the world, although not without a large amount of suffering due to slavery and colonialism. Yet in the competition with socialism in the 20th century, liberal society learned and improved its system by becoming more caring, more humane, and thus also, they discovered, more effective and efficient in the long run.

In socialist China, the challenges of foreign liberal societies also brought lots of improvements to its own system. Still in the wake of the Covid epidemic, one wonders whether either system improved enough. Chinese Socialism is appealing for its results but how about its own internal system? Moreover, Western democracy has its own issues.

In its latest issue, The Economist summarizes the status of American democracy, the bulwark of the present global order. American democracy is based on three principles that have been quickly eroded in recent months:

“The first is the principle that the loser concedes. Mr. Trump ditched that one in 2020. The second is the integrity of local election officials, no matter what their partisan allegiances. Despite coming under great pressure to do otherwise last year, they stood firm. As a reward, their powers have been stripped away or new felonies created that may be used to browbeat them. Many Republican officials who certified the election results have been censured by their local party committees and have also received death threats. Brad Raffensperger, Georgia’s Republican secretary of state, was notable in 2020 for his willingness to stand up to Mr. Trump when he was directly asked to “find” the votes needed to overturn the results. Georgia’s state legislature has responded by taking away some of his authority. That leaves the third fail-safe—the courts. These too performed well under stress, and they probably would do so the next time round. Yet to put the primary responsibility for making elections legitimate onto the judicial branch in election after election risks overloading it and, ultimately, breaking it. How long would it be before a Supreme Court decision were ignored?”[1]

If democracy in America fails, the clash with China won’t disappear. Actually, it could accelerate, and it would become grounded just on competing imperial aims, not based also on global values. A democracy can find a compromise if the adversary is or becomes a democracy. Empires clashing with one another find it more difficult to compromise because they have to win over the enemy or split the world with it. In this case, the US and American allies in Asia feel China has to be contained within its present borders.

Meanwhile in China more young people feel attracted to a simple life, tangping or lying flat: do nothing and live only with what’s essential. This philosophy has deep roots in China. It harks back to Zhuangzi, the 3rd century BC proto-Taoist who in a time of great turmoil and great political engagement chose to withdraw from the world and refuse any involvement. The tradition was carried on by Buddhist hermits after the fall of the Han empire in the 3rd century AD. At the time people chose to withdraw because it was safer and made more sense than dying in senseless, mortal combat in grim, bloody wars or in palace plots that would benefit only the winning ruling monarch and not the people or any particular individual.

There is no answer as to why now young Chinese people want to lie flat. But presently, it’s getting harder to strike it rich, chances are getting rarer. Increases in salaries, which presently are already sometimes even higher than in developed countries, aren’t easy. Taking part in political life and change is also very difficult and risky, with little or no chance of emerging on top. And for what? Once, officials could make money on the side; now this is forbidden. It’s just a useless rat race.

But the spread of lying flat makes the lure of wealth and development (the stock and barrel of the popular consensus for the party in the past 40 years) less attractive. The lying flat “philosophy” resonates in the Oscar-winning film Nomadland, by Chinese director Chloe Zhao. But there, in America, if one wants to get out of the rat race, that person has freedom and respect. In China?

Both in China and the rest of the world, there is an immense sense of displacement created by being thrown up and down on the senseless rollercoaster of the plague, with the continuous fear of death and the recurring elation of survival. The economy will change, and politics domestically and internationally is also changing in every single country.

We fear death and economic disgrace, and feel guilty for survival. In all of this, we all need to confess our faults, real or perceived, and we need forgiveness. Confession and forgiveness will be far more important in the following months and years as the long-term fallout from Covid becomes more apparent.

In this, China should look closely at history. Yet because history in China is used for propaganda purposes, it is inaccurate and therefore doesn’t help in learning lessons for the future. To be useful and avoid future mistakes, history must be accurate. But if it’s accurate, it can’t be used for propaganda. Then are we walking blind to an uncertain future where also a massive environmental disaster could loom larger? So it seems, as it’s not just about the plague or the economy, it is a change of times. 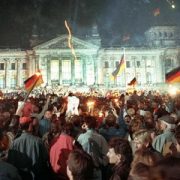 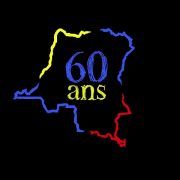 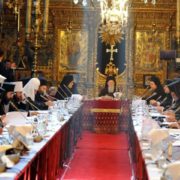 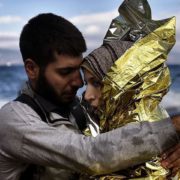 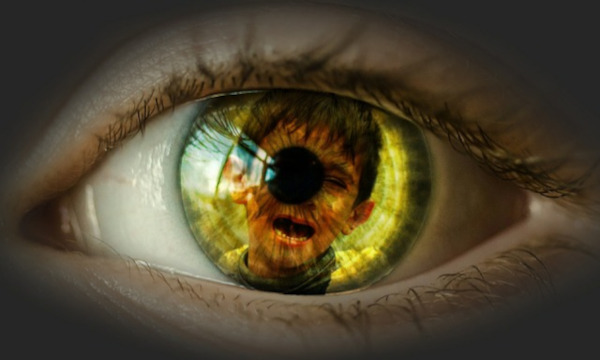